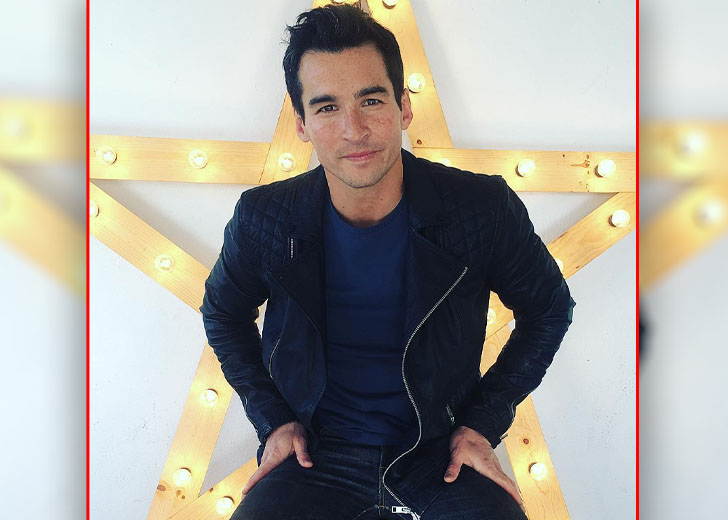 Everything about Jay Hayden’s personal life.

Jay Hayden is a talented American actor who first tasted the limelight in 2011 for his portrayal of Jim in the movie State of Emergency. After that, he has continued to climb the ladder of success and garner thousands of fans.

Some of his other movies and TV shows are The Talent Show, Thunderballs, Battleground, Criminal Minds, Monolith, One Day at a Time, The Catch, SEAL Team, Crazy Ex-Girlfriend, and LX 2048.

The most recent work that has provided him the fame is the ABC TV show Station 19, a spinoff to the world-renowned medical drama show Grey’s Anatomy. Additionally, Hayden has made a special cameo in Grey’s Anatomy.

In Station 19, Hayden has amazingly portrayed the role of a gay character named Travis Montgomery. And the actor was quite ready from the start to play the part right.

In an interview with ET Canada in November 2020, he opened up on how he got the role and the responsibilities he felt. He recalled what the show’s production company ABC and Shondaland’s representative talked about and said:

“They said, ‘There is something coming up that everyone would like Jay to be a part of. We are going to cast it in the early fall. We would basically like Jay not to get a job over the summer.”

After that, he talked about the conversation he had with those representatives. He stated, “There was a conversation that happened, which was ‘We want to continue to break the mould of the stereotypical gay character on television.'”

“‘You know why we love you at ABC, Jay? You are a guy’s guy, and we want to put that in Travis. Let’s continue to break that mould and just show human beings.'” he added what the representative said to him.

As he went on, Hayden mentioned that he felt a responsibility for all of his gay friends who had told him not to represent or play the gay role “like XYZ,” and he “better do this….” At last, he said he hopes he is doing a good job at it.

By now, it’s quite evident where the question “Is Jay Hayden gay?” came from. So, is the actor’s sexual orientation like his character’s in Station 19. No, it’s not. Hayden is straight in real life, unlike his on-screen role.

Jay Hayden was once married to Nicole Hayden

Not only is Hayden straight, but the 6 feet tall actor was once happily married to his longtime actress wife Nicole Hayden – now going by the name Nikki Marie Bloss.

As per US Weekly, the couple shared the wedding vows in June 2005. Little information is known about their marital relationship as they kept it low-key. The couple shares two children: a daughter named Amelia (b. 2009) and a son named Hasey (b. 2014).

Hayden and Bloss’ marital relationship ended almost 15 years later when his now-former wife filed for divorce on February 13, 2020. US Weekly also reported that “irreconcilable differences” were cited as the reason behind their split in the court documents.

Jay Hayden with his former wife, Nikki Marie Bloss, and their children at Aulani in 2018 (Photo: Instagram)

The outlet further reported that she requested spousal support from Hayden and asked the judge to cease the court’s ability to award support to her former husband. In addition, she asked the actor to pay for her attorney fees.

Over two months later, on April 21, 2020, Hayden also filed for a dissolution of marriage and mentioned he and Bloss’ separated officially on January 4, 2020. On his part, the actor asked for joint legal and physical custody of their two kids.

He also requested the court to separate “property and community property of assets and debts” set at the time of trial or during settlement. As of this writing, there have been no reports of any further proceedings as the case remains open.

On April 22, 2021, Bloss legally changed her name from Nicole Hayden to Nikki Marie Bloss. She announced the news via an Instagram post where she mentioned that she took her grandmother’s last name, who she regards as one of her inspirations.