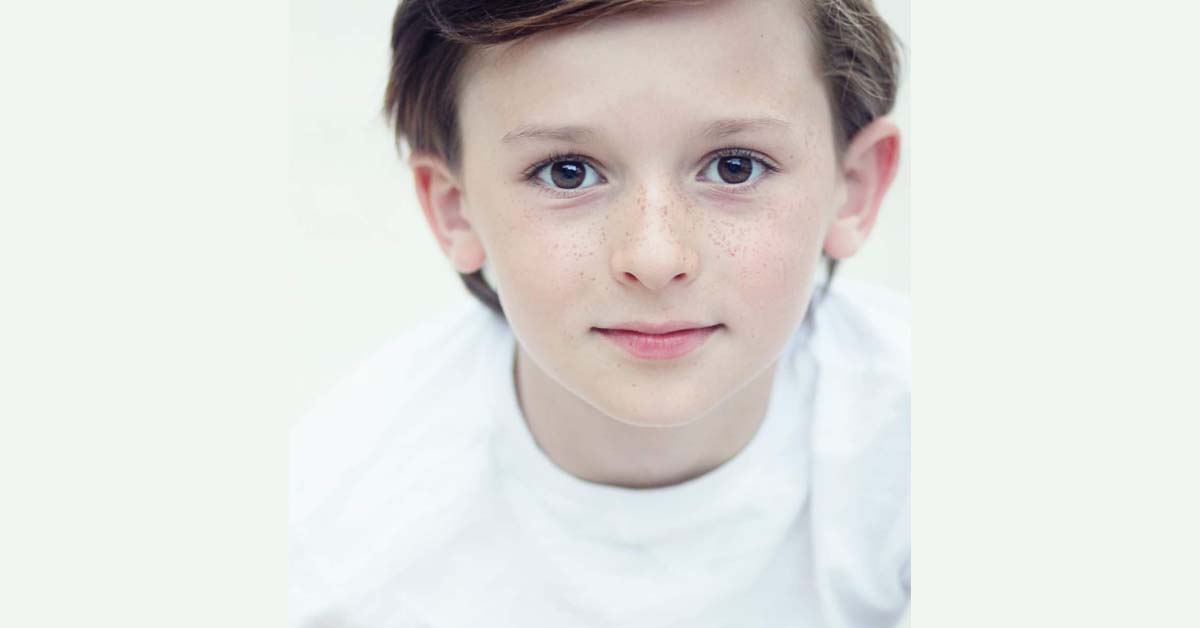 Jett Klyne is the son of actors Destee Klyne and Paul Klyne.

As the son of an actor and actress, Jett Klyne was already in the spotlight. However, he has been making a name of his own as a child actor.

He is currently amassing a lot of limelight for his amazing portrayal of Tommy Maximoff in the currently trending Marvel Studios / Disney+ series “WandaVision.” The Marvel Comics superhero has been nailing the role in every bit of scene he has had ever appeared.

Now, let’s take a detailed look at Klyne’s character in “WandaVision” alongside his other acting roles and also learn about his Wikipedia, biography, age, height, parents, and more!

As Tommy Maximoff In “WandaVision”

On February 5, 2021, Klyne made a huge announcement through his Instagram handle that he had joined the Marvel Cinematic Universe (MCU) and he will be playing the 10-year-old version of Tommy Maximoff in the now-hit Marvel plus Disney+ series “WandaVision.”

In the series, Tommy has superhuman speed and can run faster than any other human being at supersonic speed, just like his uncle, Peter. However, till the eighth episode of the show, which was released on Friday, February 26, 2021, Billy has only shown-off a little bit of his power.

However, the viewers are hoping that they will see the full use of the powers from him when the ninth and final episode of “WandaVision” gets released on March 5, 2021, through Disney+.

Other Movies And TV Shows

The now-popular child actor’s journey in the entertainment sector began at a young age through commercials. In 2009, he received the first ray of the limelight when he got selected as the face for Gerber baby food.

The first commercial of his artist career laid the foundation for his now-growing career. Soon, he was called up for several other commercials, even for the famous SuperBowl Sunday. Later, in 2013, he officially entered the acting showbiz, playing the role of Colby, through the movie “Heart of Dance.”

Following that, he took a two years-long break, and eventually made a return in late-2015 through a short movie titled “The Nightmare.” A year later, in 2016, he got his first big break when he played the role of Brahms (Child) in “The Boy.”

Speaking of his current acting role, he is portraying Tommy Maximoff in “WandaVision” and is receiving immensely positive feedback. Furthermore, he also has an upcoming movie to his name. The movie is named “13 Steps” and in it, he plays one of the lead characters of Caylum.

With such a flourishing career and more success to come, it must be sure that the child actor has managed to earn a hefty sum of amount. Sadly, he is yet to disclose his exact net worth.

The “Z” star actor hails from the suburbs of Canada. He was born in 2009. And, he celebrates his birthday on the 14th of June every year.

His birth/zodiac sign is Gemini. Sadly, there are no details that disclose his exact height and weight.

Ron Funches’ net worth is all thanks to his appearances in movies and TV shows. 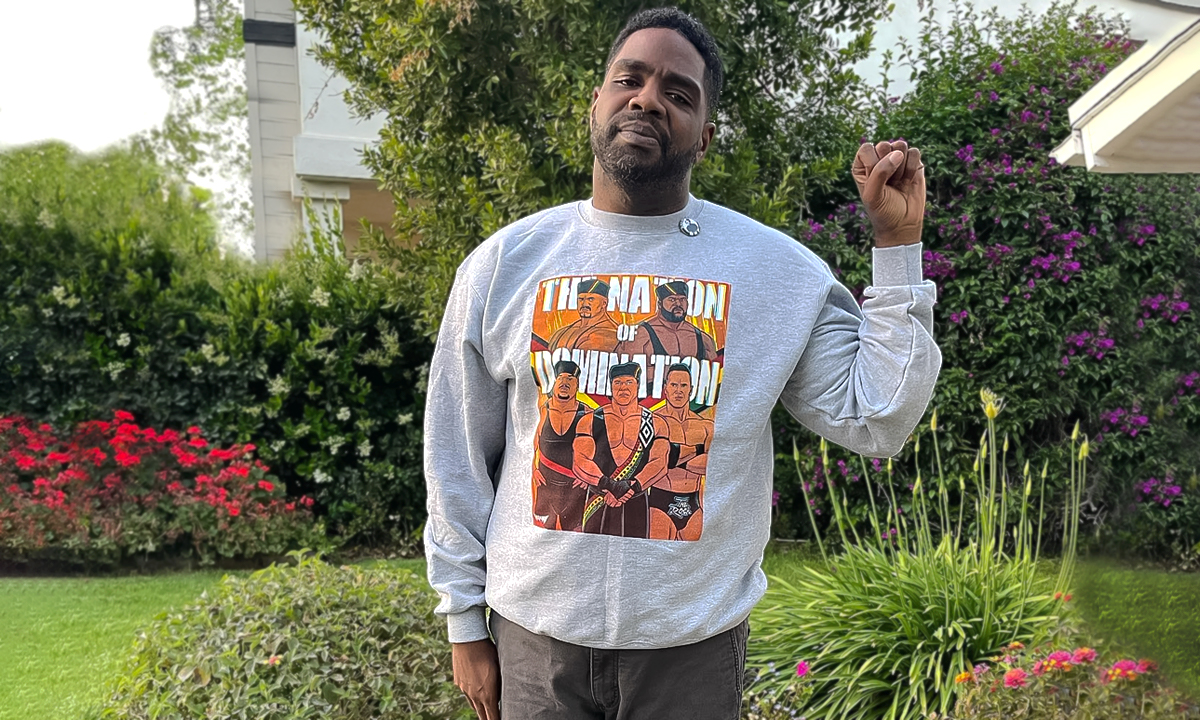 Ron Funches is a stand-up comedian, writer, and actor from the United States. He’s appeared in several movies and TV shows, including Midnight, The Carmichael Show, and Undateable.

Funches has also released two comedy albums, both of which charted in the top ten on Billboard’s comedy charts.

Funches was born on March 12, 1983, in Carson, California, but was raised by his mother, who worked in social services, and his sister in Chicago, Illinois, in the Woodlawn neighborhood.

He moved to Salem, Oregon, when he was 13 to live with his father, a pipefitter who worked there. Funches graduated from Douglas McKay High School in Salem, where he studied English and was influenced by authors such as Molière, J. D. Salinger, William Faulkner, and Erich Maria Remarque.

Funches moved to Portland, Oregon, after graduating from high school and worked as a call center agent for a bank and a clerk at a grocery store.

Funches, his wife, and their son have a home in Los Angeles as of 2023. He is open about having an autistic son in his comedy performance and invites his audience to share their experiences with him.

The American comedian, actor, and writer Ron Funches has a net worth of $500,000.

Similarly, his body weight is around 75 kg or 165 lbs, and he has black color hair with black colored eyes.

Ron Funches’ career as a comedian

Funches started out as a comedian in Portland, Oregon, where he performed at open mic and local events. He immediately moved to Los Angeles, where he started doing podcasts and comedy gigs. He made his television debut in 2013 on the Kroll Show on Comedy Central.

Funches, a barista and aspiring rapper, joined the cast of the NBC sitcom Undateable in 2015 as Shelly. Three seasons of the program were produced before it was canceled in 2017.

The Funches of Us, a comedy album, was also released by him in 2017.

Funches has also appeared in a number of films, including Get Hard in 2015, How to Be Single in 2016, and Office Christmas Party.

He also starred in Donald Trump’s The Art of the Deal: The Movie. Since 2013, he has appeared frequently in the Midnight series. In 2019, he was seen in the role of Sammy in Lucky film.

Funches also has a YouTube channel where he posts videos from his podcast Gettin’ Better with Ron Funches.

Everything about Julian Sands’ Height, Weight, and Net Worth

Julian Sands is in the Hollywood industry for more than 30 years. 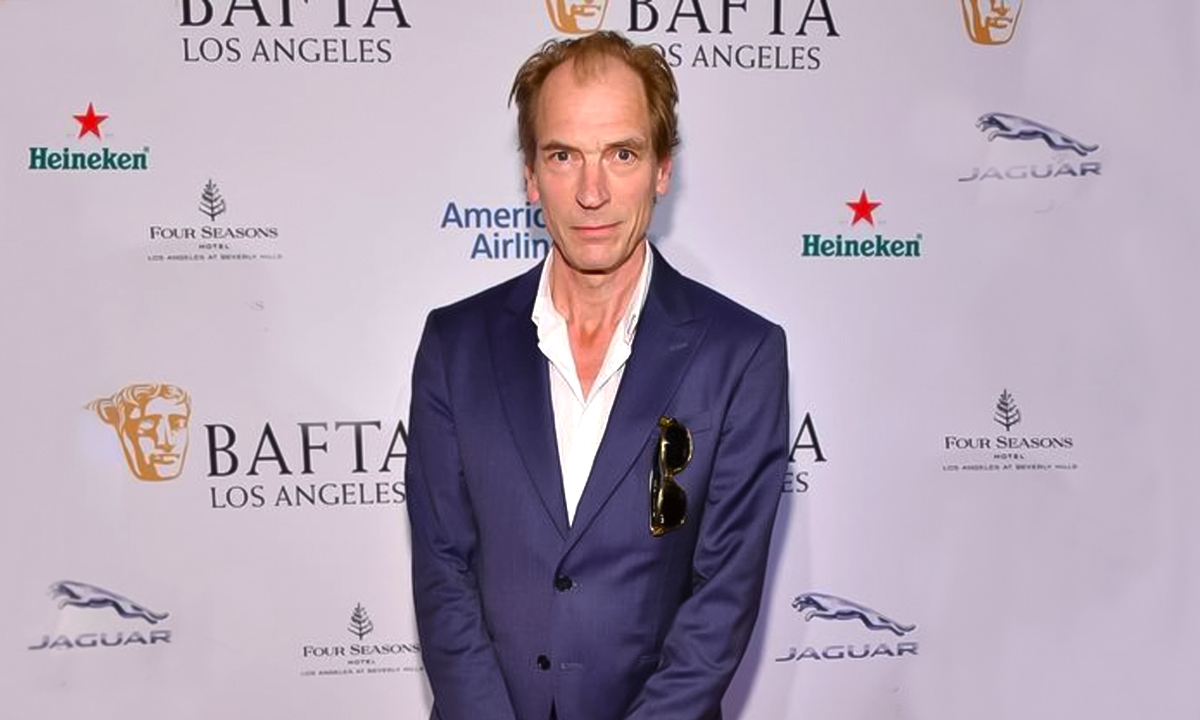 Julian Sands is a well-known English actor who is well-recognized for his parts in The Killing Fields, Arachnophobia, A Room with a View, Warlock, Boxing Helena, and Leaving Las Vegas.

He is also most recognized for his roles as Vladimir Bierko in 24, Jor-El in Smallville, and Yulish Rabitov in Banshee, and he has been in the industry for more than three decades. He has spent significant time working in movies and TV shows.

He made his television debut in The Box of Delights, where he portrayed the character of a Greek Soldier. Other notable television shows he has worked on include Jackie Chan’s Adventures, Law & Order: Criminal Intent, and Agatha Christie’s Marple.

Here is more information about Julian Sands Height, weight, net worth, and other details.

The 65-year-old actor has blond hair and light brown eyes. He was born on January 4, 1958, and he was born in the English town of Otley, West Yorkshire.

He was born to his mother, Brenda, who raised him after her parents divorced. He has always had a fascination with acting and the film business.

Julian Sands’ net worth and career

According to HITC, Sands’s estimated net worth is roughly $4 million. He has had a remarkable career in the film business after appearing in several films and television series.

Sands’ fame has grown due to his professional acting career, which has resulted in a large fan following. With his incredible acting skills and three-decades-long career, the actor has been able to amass a fortune.

Sands began his cinematic career in supporting parts in films such as Oxford Blues, filmed in 1984, and The Killing Fields in 1985. In 1984, he appeared as a Greek soldier in the BBC version of The Box of Delights. In the 1985 film A Room with a View, he played the romantic protagonist.

Sands moved to Hollywood in 1985, after the success of A Room with a View, to seek a career in American cinema. He appeared in many films, both low-budget and high-budget.

On Smallville, Sands portrayed Jor-El, Superman’s biological father, and returned to the role in the series’ tenth season.

He portrayed Reg Hunt in Bollywood Hero in 2009. In 2012, he portrayed Alistair Wesley in the seventh episode of Person of Interest in the second season. Sands played the younger Henrik Vanger in the 2011 mystery thriller film The Girl with the Dragon Tattoo, an English-language adaptation of the original version.

He is also a voice artist who provided the voice of DeFalco in Call of Duty: Black Ops 2 in 2012 and many other video games and animated films.

Julian Sands got lost while hiking in Mount Baldy

Sands, a passionate climber, went lost while trekking in Mount Baldy, California, in the San Gabriel Mountains northeast of Los Angeles, on January 13, 2023.

He had not been found since January 31, 2023, and authorities were looking into his whereabouts. Severe storms struck shortly after Sands went missing, complicating the inquiry.

On January 18, his automobile was discovered. On January 19, it was reported that his three adult children had joined the ground search for their father, with his son Henry, together with an expert climber, following the route his father is thought to have taken.

Sands’ mobile phone was last monitored from a ping on January 15, with no subsequent pings, implying it had run out of battery. Sands is missing for the 20th day, and the investigation is ongoing.

Will Taylor Kinney Return to Chicago Fire as Severide?

Taylor Kienny is leaving the show for personal reasons. 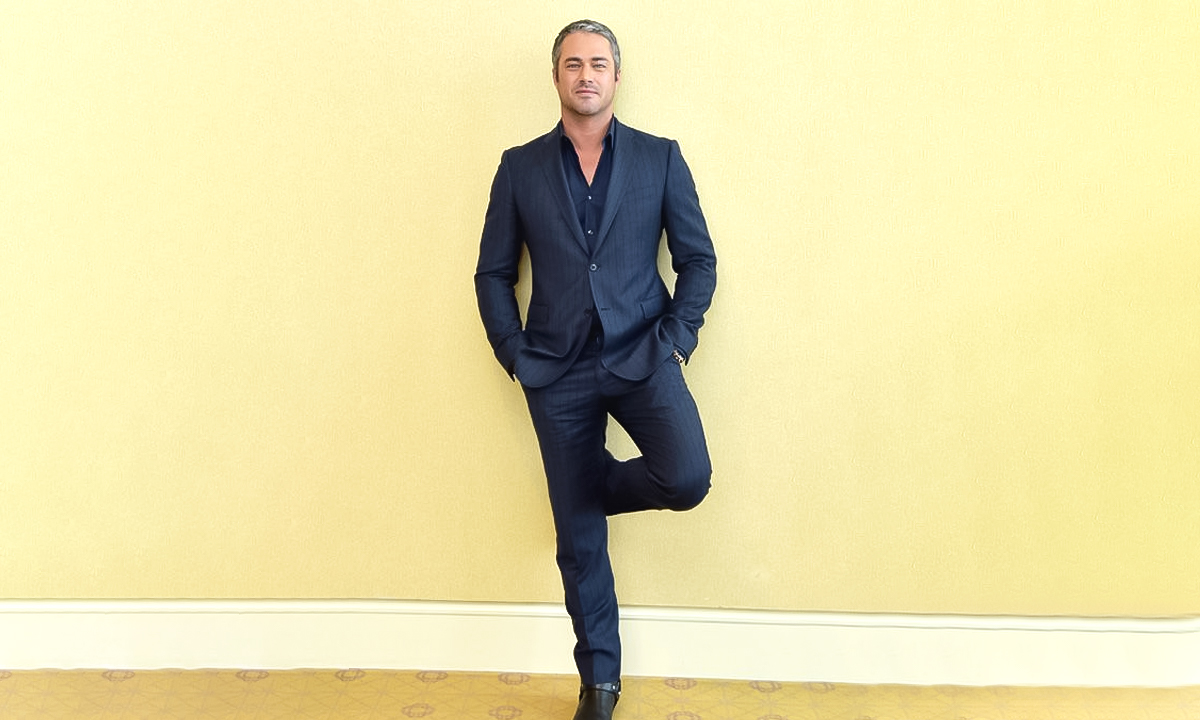 Taylor Kinney, who plays Kelly Severide on NBC’s Chicago Fire, is leaving the show. A production source confirms that the actor is on leave to deal with a personal matter.

Kinney has led the series Dick Wolf since its start in 2012. He has appeared on all of the spinoffs, including Chicago Med, Chicago P.D., and the short-lived Chicago Justice, in addition to the firefighter series.

The One Chicago world has changed dramatically in recent years, particularly with Chicago Fire. Jesse Spencer left the show after 200 episodes in 2021 but returned briefly for a cameo in the Season 10 finale, in which Severide married Stella (Miranda Rae Mayo).

Kinney announced his departure from Chicago Fire in January for personal reasons. While fans can wish Kinney well in his time away from the spotlight, we can also speculate on how the show will say farewell to his character for the time being. He is expected to return following his leave of absence.

Severide was an instant fan favorite when Chicago Fire first aired in 2012. Kinney’s career nearly ended before it began during Season 1 due to a serious back injury that kept him on the bench for the rest of the season.

Since 2019, the rumor mill has been spinning theories about Severide leaving the show. Derek Haas, the showrunner of Chicago Fire, previously discussed the future of two characters, Severide and Casey, on Twitter, saying, “They won’t both be at 51 before the winter break.”

According to a new Deadline report, Kinney will be taking a leave of absence from the show beginning immediately to deal with a personal matter. According to the report, he informed the cast and crew on January 20, 2023, and future scripts will most likely be rewritten to reflect his absence.

Severide and his wife recently argued about her rushing into danger on the show. Later, Kidd suggested that if they were having difficulty working together, they should request separate shifts. This could spell trouble in paradise soon after their wedding, but we’re hoping Severide and Kidd aren’t on the verge of divorce.

A spokesman for Chicago Fire has declined to comment on Kinney’s absence. Kinney’s return to Chicago Fire is unknown at this time.

In theory, killing off Severide would satisfy the writers’ desire to get him off the show while also cementing his legacy as a heroic character. It would be devastating for fans and characters alike, but it would also draw a lot of attention and spark debate about the show’s future.

Chicago Fire airs on NBC on Wednesdays at 9 p.m. EST, and new episodes premiere on February 8.