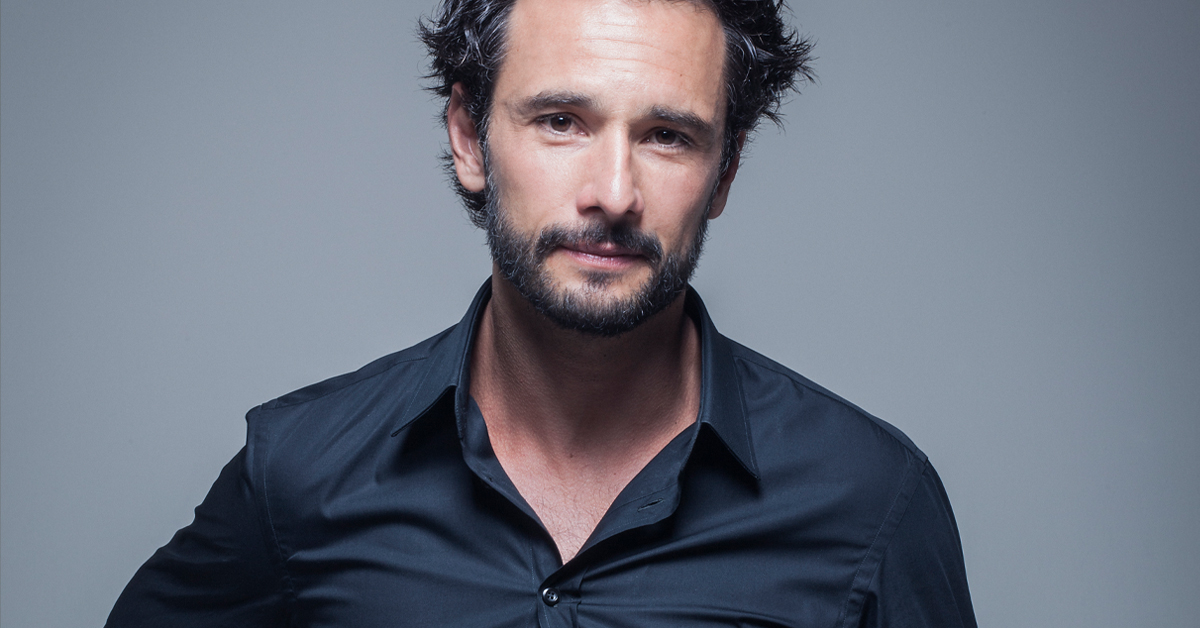 As a voice actor, Rodrigo Santoro lent his voice for the character of Dr. Túlio Monteiro, a Brazilian ornithologist, in movies Rio and Rio 2.

Rodrigo Santoro is a Brazilian actor and voice actor who is popular for his role as Persian King Xerxes in the movie 300, and its sequel 300: Rise of an Empire. He has also appeared in popular movies such as Brainstorm, Carandiru, Love Actually, Che, and I Love You Phillip Morris.

Likewise, he has worked in various television series as well, which includes Lost and HBO’s Westworld.

Santoro also has made a significant name as a voice actor, as he has lent his voice to dub in Brasilian language for several characters in iconic movies such as Rio, Rio 2, Stuart Little, Stuart Little 2, and Klaus.

Keep reading to know more about Rodrigo Santoro, including his age, height, personal life and movies!

His father Francesco is an Italian engineer with roots in Paola, Province of Cosenza, Calabria, whereas his mother Maria is a Brazilian artist of Portuguese ancestry.

The actor also has a sister named Flávia Junqueira dos Reis Santoro, who works as an architect.

For his education, he attended PUC-Rio and studied Journalism in 1993. Later, he also joined the Actor’s Workshop of Rede Globo, where he played parts in many of Globo’s telenovelas, including Olho no Olho (1993), Pátria Minha (1994), Suave Veneno (1999) and Mulheres Apaixonadas (2003), and played in the role of a priest in mini-series Hilda Furacão (1998).

Moreover, the actor, who played Xerxes, the Persian king who considered himself as God, in movie 300, regularly works out extremely hard to maintain his alluring physique.

And that helps him to keep weight gain and weight loss issues away.

Rodrigo Santoro is a happily married man. He has been married to Brazilian actress and opera singer Mel Fronchokwiak since 2016. The two started their relationship in 2013.

A year after getting married, on May 22, 2017, they welcomed their first child together- a baby girl named Nina.

Presently, the family of three live together, and oftentimes the actor posts pictures with his wife on social media.

His Career and Net Worth

After joining the actor’s workshop at a young age, Rodrigo Santoro made sure he worked hard enough to get opportunities to appear on the big screen. His dream came true when he made his debut in Brazilian director Laís Bodansky’s directorial movie, Bicho de Sete Cabeças, in 2001.

Following that, he appeared in various movies and TV shows which raised his standard as an actor. He was even cast in various cartoons and animation movies to do voice acting.

For his satisfactory work, he has had received several awards as well, which include ‘the Brazilia Festival of Brazilian Cinema Awards,’ ‘Cannes Film Festival Chopard Trophy,’ ‘Cinema Brazil Grand Prize,’ and Best Actor at ‘the Havana Film Festival.’

Besides awards, he has also accumulated a decent net worth with his career. According to Celebrity Net Worth, he has a net worth of $10 million, as of 2021.