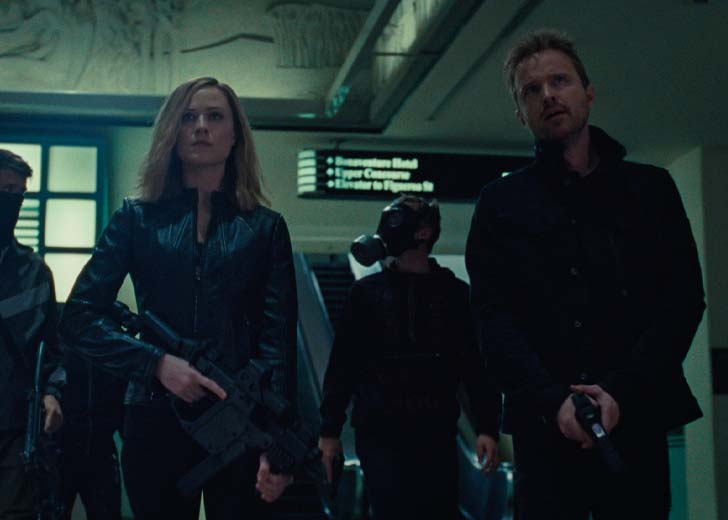 Westworld cast members have united before the show’s fourth season premiere on HBO.

Over the past few days, ATX TV Festival was being held at the Paramount Theatre and a host from the Westworld TV show was featured in a coffee shop.

Fans of the award-winning HBO show were hoping to receive some exciting news related to Westworld season 4. And their wish got fulfilled during the show’s panel which was also called WestworldATX.

First, we got to see Angela Sarafyan – who plays the role of Clementine – standing outside the said-coffee shop as she held one cup in her hand and sipped coffee from the second up which was in her other hand.

Similarly, we also got to see Jeffrey Wright and Luke Hemsworth, who portray the role of Bernard Lowe and Ashley Stubbs, respectively. They were also outside the coffee shop at one time.

Then, the Westworld’s Instagram handle revealed the official poster for Westworld season 4 — it was first shown at the ATX TV Festival on Saturday, June 4, 2022. The poster was revealed as a clip and it started with a piano tune as flies moved forward.

Then, the poster was shown. Speaking more of the poster, it featured what the show is truly based on: a tension between biological and technological life. A robotic arm was holding a human skull as another robotic arm put a red ball inside the skull.

The red ball seemed to serve as the brain for the hosts of Westworld, a thing we have seen in previous seasons as well, but it was black in color. Additionally, there was an ominous line over the poster that read, “ADAPT OR DIE.”

After the poster was revealed, fans were shocked to learn that a former cast member was returning to the fourth season after being missed out in the third one. And it was none other than James Marsden who played the role of Teddy Flood.

Marsden had made a surprise appearance at the ATX TV Festival. He then asked the panelists, “Will Teddy come back in Season 4?” In reply, Lisa Joy made the announcement that Marsden’s Teddy Flood will be back in Westworld season 4.

However, no details were shared as to under which circumstances Marsden’s character would return and how the character would fit in after missing out on the severe happenings of season 3.

As the Westworld panel at the ATX TV Festival went on, several more details were shared by the co-creator and other cast members.

For instance, Westworld viewers are familiar with actress Evan Rachel Wood as Dolores. But, as Dolores died in the season 3 finale, Wood now mentions that she plays a different character in the show named Christina, who is a friend of Ariana DeBose’s unnamed new character.

Speaking of her new character, Wood said, “She’s a normal woman living in a big city just trying to make it as a writer. Nothing ever happens to her. […] I think that’s all I can say.”

Wood also mentioned that her new character Christina is trying her best to go out on a date, but “it’s slim pickings out there” even though Christina is “not as maniacal and murdery as Dolores.”

Similarly, co-creator Lisa Joy talked a little about Thandiwe Newton’s character, Maeve, and said, “Maeve is on a warrior’s journey. They’ve gone on with their lives after being freed by Dolores.”

Newton and other cast members like Aaron Paul and Ed Harris were not in attendance at the festival and panel.

Furthermore, an exclusive clip was shown to ATX TV Festival attendees only that featured another newcomer in the show, actress Aurora Perrineau whose character name isn’t disclosed.

In the panel, Perrineau mentioned that she was initially afraid to jump into a successful TV show that was filled with secrets. But, her co-stars, Wright and Hemsworth, were there to crack jokes, lighten the moment, and make her comfortable.

She said, “I was actually really scared but then I was like, ‘Oh, everyone’s nice!’ It was really fun to jump in.” Wright then said, “Aurora kicks ass.” Hemsworth also joined and said, “Way better than Jeffrey,” in an attempt to make fun of Wright.

When will Westworld season 4 release?

HBO released the official trailer for Westworld season 4 on May 10, 2022. Along with the trailer, the audience got to know that the fourth season will be released on Sunday, June 26, 2022, at 9 p.m. ET on HBO.

Speaking of the upcoming season, co-creator Joy has mentioned that it picks up seven years after the happenings of the season 3 finale. While the third season was based in Los Angeles, the fourth season is mostly filmed at locations like New York City, Big Bear, Cabo, and the Hoover Dam.