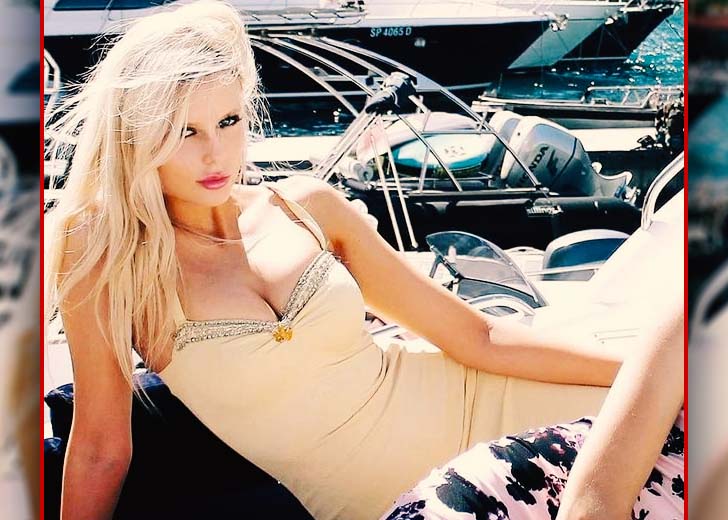 Amber Sienna is a model and actress who is set to make her appearance in Warner Bros.’ upcoming action-crime thriller superhero movie The Batman – releasing on March 4, 2022.

This is her first credited movie and in it, she will be playing the role of an Iceberg Lounge Hostess. Starring alongside her is Robert Pattinson, Zoë Kravitz, Paul Dano, Jeffrey Wright, Barry Keoghan, and others.

Before this movie, she has had appeared in several uncredited roles. Sienna’s movie list on IMDb includes Pan, My Dinner with Herve, Fast & Furious 9 (aka F9), and Venom: Let There Be Carnage (aka Venom 2).

Read on as we discover more about her, including her wiki, age, birthday, height, and more!

How old is Amber Sienna?

As of this writing, Sienna is reportedly 30 years of age. She celebrates her birthday every year on April 7. Her zodiac sign is Aries.

Born in 1991, she was raised in the city of London, England. Thus, her nationality is British. Additionally, her ethnicity is white and her religion is reported to be Christian.

Amber Sienna has a tall height

For a model, having a tall height is quite needed and Sienna surely has it. As per her IMDb profile, she stands at a towering height of 5 feet 9 inches or 1.75 meters.

Coming over to her weight, it’s reported that she weighs around 58 kg or 127 lbs. Her body measurements are 32-24-34 inches. Furthermore, her eyes color is blue, her hair color is blonde, and her body is banana-shaped.

For a rising actress and model, Sienna has surely garnered a healthy fan following across the two social media platforms she uses; Instagram and Twitter.

On Instagram, she can be found under the username @ambersienna_, where she has over 68,600 followers. Her first post on the photo and video sharing platform was on February 11, 2017, so it could be guessed that she joined Instagram around the same time.

Speaking of her Twitter handle, she has the same username as her Instagram handle and has garnered over 39,600 followers. She joined Twitter in March 2009 and has made over 2,100 tweets.

Amber Sienna started her career as a model

Before she started out in the entertainment industry as an actress, Sienna did modeling – a profession that she still does.

Her first-ever job was a part-time one. As per her LinkedIn profile, in June 2010, she joined Harrods as a make-up artist for Giorgio Armani and Fragrance Associate for Chanel and Cartier.

In January 2011, she left her job. Two months later, in March 2011, she joined Playboy Enterprises, Inc. as Playboy Bunny Croupier and Metropolitan Gaming as Croupier, respectively.

Additionally, she was featured in Italy and Czech Republic’s Playboy magazine on June 1, 2018, and September 1, 2019, respectively.

After almost 11 years of working companionship with Playboy Enterprises, Inc., she left the workplace in February 2022. As of now, she is still associated with the Mayfair, London-based Metropolitan Gaming. 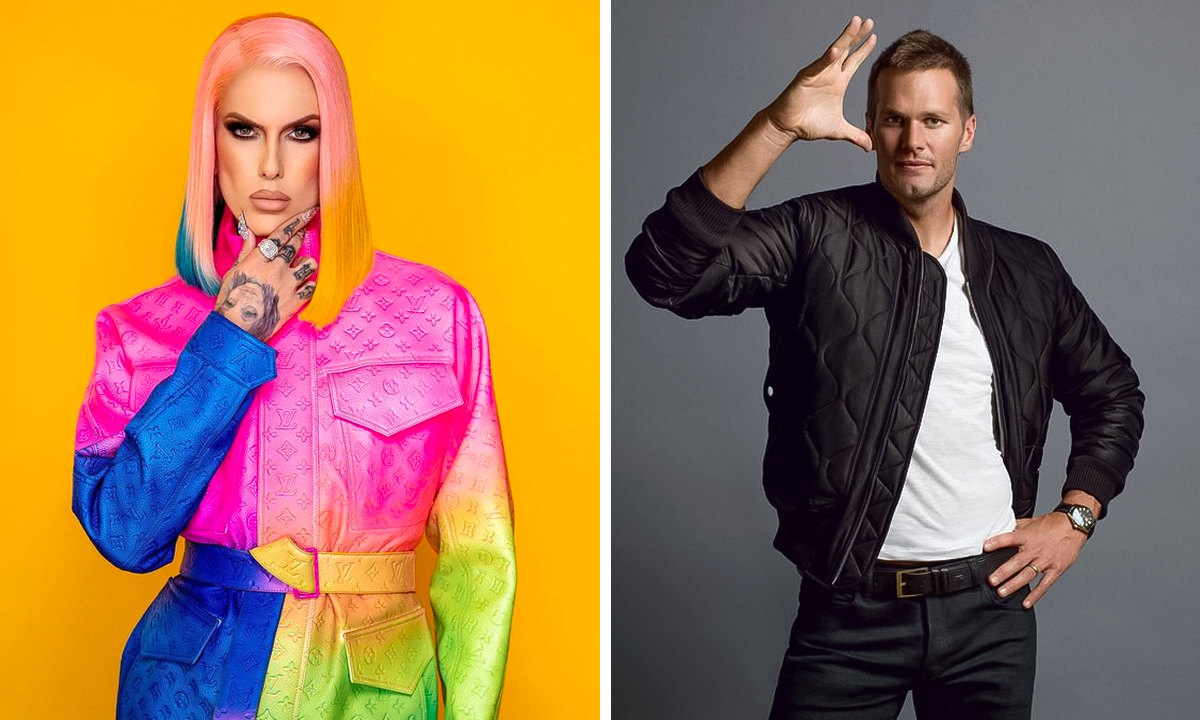 Just days after American makeup artist Jeffree Star hinted that he was dating a professional football player, Tom Brady announced his retirement from the NFL. Star jokingly denied being behind the NFL champion’s decision.

He continued, “It won’t be long-winded, you only get one super-emotional retirement essay, and I used mine up last year, so. I…really thank you guys…so much,” he continues, while choking up, to every single one of you, for supporting me, my family, my friends, teammates, my competitors. I could go on forever. There are too many. Thank you, guys, for allowing me to live my absolute dream.”

Many of his fans laughed after seeing the makeup artist’s post, with one writing in the thread, “yeah that was weird timing after the speculation on your NFL guy. So funny,” while another said, “What an interesting coincidence.”

Jeffree Star’s speculation on his mysterious boyfriend is going strong

On January 28, 2023, Star posted a photo of himself on a private jet holding hands with a man wearing Vans sneakers. He captioned the picture, “Goodbye LA, time to spend time with my #NFL boo in Wyoming.”

Later on January 29, 2023, Star shared another photo of his NFL boyfriend, wearing a Louis Vuitton co-ord with his back to the camera. He captioned the photo, “His team didn’t make it to the #SuperBowl, but he’s 6’6 and plays perfect in the bedroom.” The makeup artist also recently posted a selfie with a sneak peek of his boyfriend behind him.

Following his photo, many fans developed theories about his mysterious boyfriend and began to link with various football players.

The makeup artist responded on Twitter, “OMG now the #NFL wives are coming after me!!! Girl… Don’t be so insecure. I don’t mess with married men.” But he still didn’t reveal the identity of his mysterious boyfriend.

As Bündchen’s ex-husband Brady announced his retirement from the NFL, she wished him all the best. “Wishing you only wonderful things in this new chapter of your life,” Bündchen commented in Brady’s retirement video, alongside a prayer hands emoji.

Despite their divorce, Bündchen and Brady remained committed to co-parenting their children, Vivian and Benjamin.

Will Percy Hynes White Be In ‘Wednesday’ Season 2?

What will happen to Xavier Thrope? 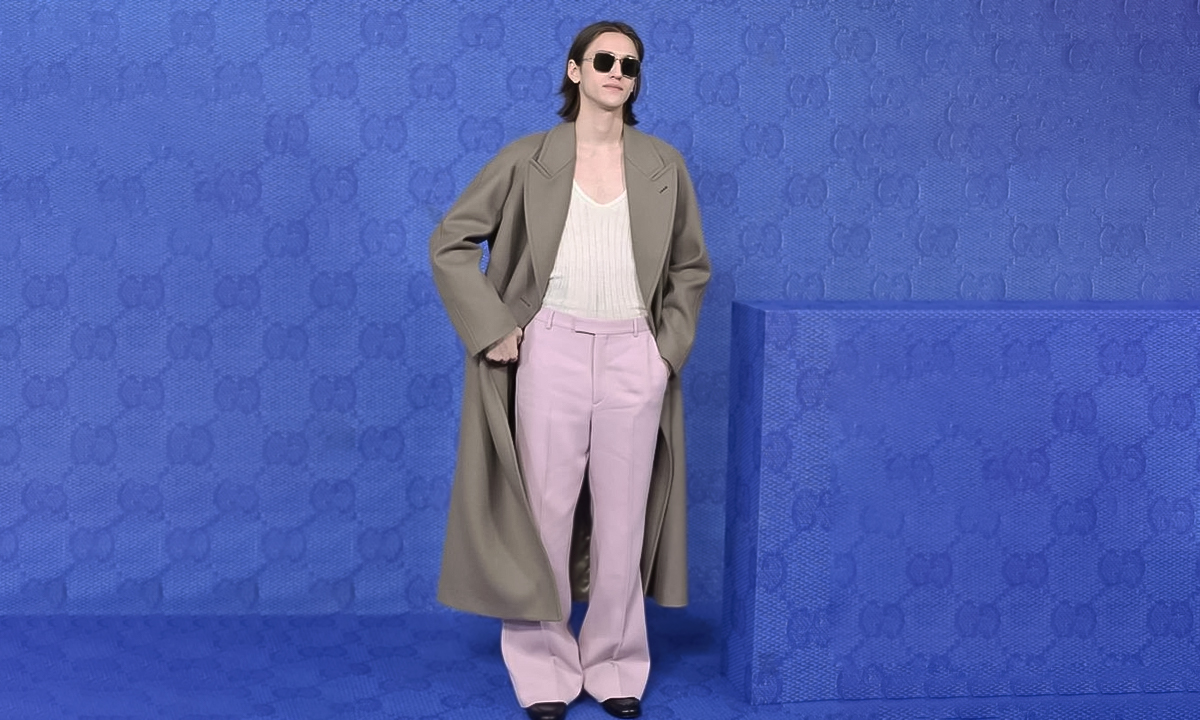 It follows Addams as she tries to solve a monster mystery at her new school. Wednesday aired on Netflix on November 16, 2022, and mainly received excellent reviews from reviewers, who appreciated Ortega’s performance.

It became the second-most viewed English-language Netflix series within three weeks of its premiere, and the series was renewed for a second season in January 2023.

Fans are excited about Wednesday, Season 2 of the show but wonder what will happen to the cast and their characters in the new season. Mostly, they are questioning the fate of Xavier Thorpe and if he will be in Season 2.

This is because the actor who portrays Thrope, Percy Hynes White, received multiple allegations of sexual assault, and now, the fans are demanding that he be removed from the show.

Since mid-January 2023, White has received various sexual assault allegations from multiple women. The claims contain some alarming information concerning instances initiated and involving White when he was a high school student in Toronto, as well as when he was between the ages of 17 and 20.

One of the accusations in this discussion is that White and his friends are predators who manipulate girls. They allegedly planned parties to invite ladies they believed were gorgeous to get them intoxicated and high enough to get intimate with them.

White has also been accused of SA, assaulting many women, calling them names, posting naked images of them online without their permission, and targeting kids.

Many more women have accused him of SA and even assisting a rapist. The thread also says that a deleted account called @impercenator was White’s Twitter profile, from which he sent disturbing messages.

On Twitter, a video showing White using a racist slur has fueled the #cancelpercy movement. So far, White has not responded to the public debate, but he has blocked comments on his Instagram profile in response to the uproar.

While he would not respond to any charges, the sexual assault allegations have left Wednesday fans wondering if White will be a part of Wednesday Season 2.

At the time of writing, it is unknown if White will be joining the cast of Wednesday for its second season. Fans of the shows are strictly against the White being a part of Season 2.

White has made no statement regarding the SA allegations, and Netflix has remained silent. As a result, nothing can be said for sure.

That being said, there are a few speculations about what would happen to White’s character, Thrope. There is a possibility that Thrope may be Hyde.

Throughout Season 1, Thrope was troubled by Hyde dreams, although it was never revealed why he was having them other than loosely related to his psychic talents. However, if Thrope is a Hyde, his nightmares might be interpreted as a subconscious manifestation of his other half, possibly provoked by Tyler’s actions.

The fact that Hydes are classified as artists by nature lends credence to the theory, and having Thrope cope with it might help him continue his troubles with gaining people’s confidence.

The fact that Thrope is a Hyde might possibly be related to the story thread regarding Thrope’s father, Vincent. Vincent has been described as an image-obsessed man who wanted to keep the troubles of Thorpe a secret to protect his reputation —  which might be because he didn’t want people to realize Xavier was a Hyde.

But unless Season 2 is released, everything is pure speculation.

Beyonce to Perform at Both Grammys and BRIT Awards 2023

Discussions are ongoing to have a live presence of Beyoncé at the BRITs and Grammy awards 2023. 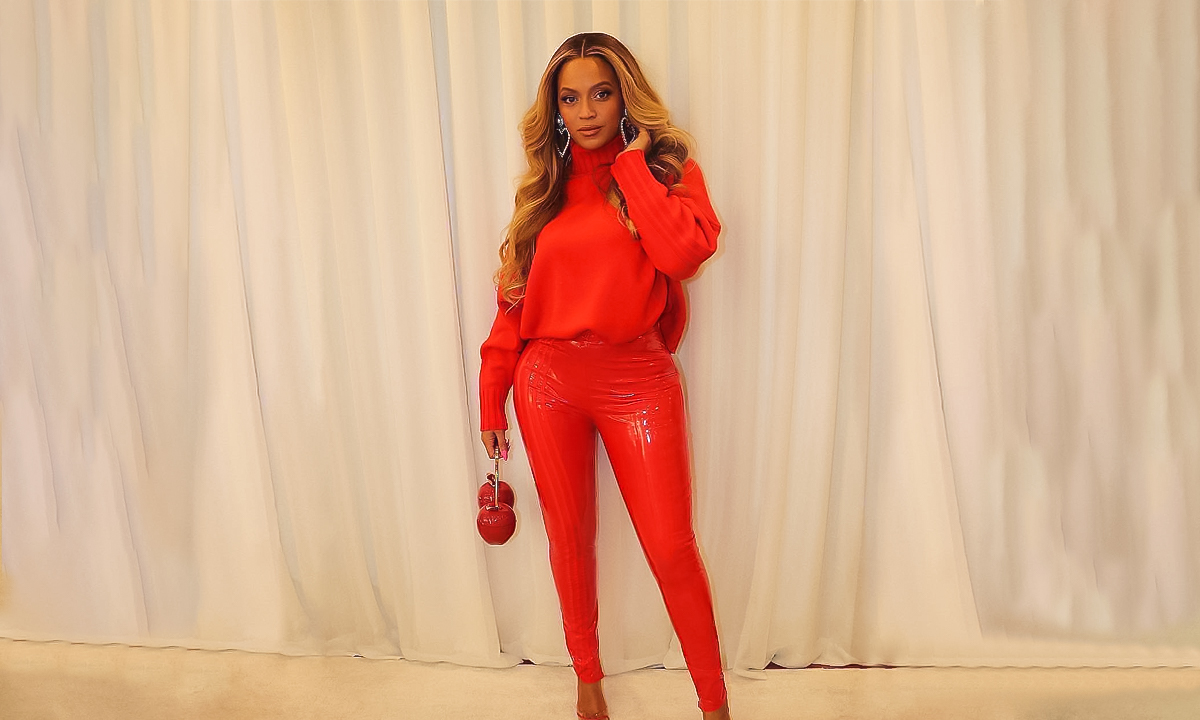 Beyonce leads the 2023 Grammy nominations with nine. With her most recent nominations, the singer has tied her husband Jay-Z for the record for most nominations, with 88 across their respective careers.

Beyonce’s last headlining concert was four years ago, so her appearance at the brand-new Atlantis The Royal Resort in Dubai on Saturday, January 21, was a perfectly opulent comeback.

Beyoncé is likely to appear at the Grammys and BRIT Awards this year. (Source: Instagram)

Queen Bey rose on a platform wearing a yellow corseted dress with a feathered skirt and a feathered back piece as guests at the invite-only, hour-long performance began screaming with excitement.

As the iconic artist opened the show by singing Etta James’ ‘At Last’ into a gold microphone, fireworks exploded above the venue. Then she told the audience that her mother, Tina Knowles; father, Mathew Knowles; her “beautiful husband,” Jay-Z, and their children, Blue Ivy, Rumi, and Sir Carter, were all there to support her.

Beyoncé has won 28 Grammy Awards, and if she wins more next year, she could break conductor Georg Solti’s record of 31.

Music executives are making an audacious bid to bring Beyoncé to the BRIT Awards next month, according to MailOnline.Sony Music executives and the superstar’s team have been in high-level talks about her attendance at the Feb. 11Feb. 11 events at London’s O2, where she has been nominated for two awards, including International Artist of the Year.

Beyonce’s presence would boost the award show, where she was nominated for International Song of the Year for her single ‘Break My Soul.’

‘There have been some serious discussions at the top end of the record label for Beyoncé to have a live presence at the BRITs — having the world’s biggest superstar attend the ceremony would be a huge coup,” a music source revealed.

Will Beyonce be performing at the Grammys 2023?

In a time when nothing feels normal, the first “normal” Grammy Week in three years looks to be even more action-packed than the pre-Covid years. Beginning on Wednesday, nearly every day and night is jam-packed with parties, showcases, brunches, lunches, and happy hours, as if it were 2019.

She last gave a live performance at the Grammy Awards in 2017, when she sang ‘Love Drought’ and ‘Sandcastles’ from her critically praised sixth studio album, Lemonade. Bey was nominated for nine awards at this show, winning two of them—Best Urban Contemporary Album and Best Music Video.

As for Beyonce, the status is still uncertain.

In the ceremony’s history, Beyoncé has received the most awards and nominations for female artists. So, it’s interesting to see what new records she set following the competition this year.