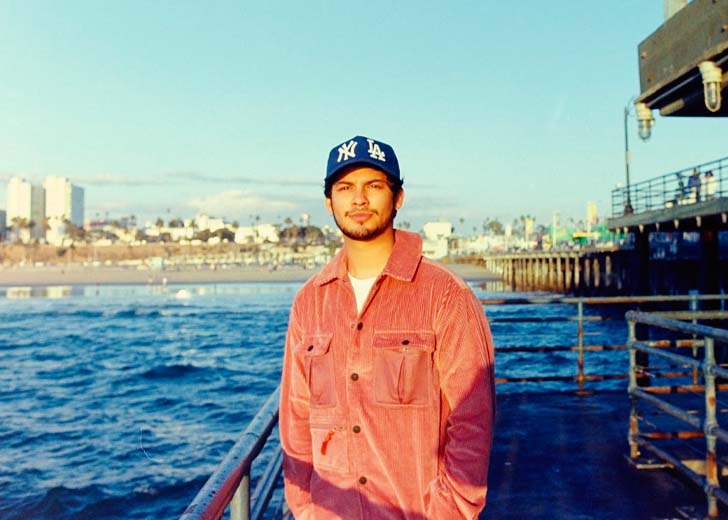 Xolo Mariduena is an American actor who first tasted the limelight following his portrayal of Victor Graham in the television show Parenthood (2012-15). He even won a Young Artist Awards for his performance in it.

Recently, he reprised his role of Miguel Diaz in the fourth season of the Netflix action-fiction show Cobra Kai (2018-21).

How Old Is Xolo Mariduena?

Mariduena is presently 20 years of age. He celebrates his birthday on the 9th of June every year.

At the time of his 20th birthday, he was in New York. He celebrated his birthday with three of his close friends and even shared some fun moments from day on his Instagram handle. Captioning the post, he wrote:

“Thankful for another year around the sun with my homies. Here’s some videos we just made waiting for breakfast. 20 feels like 19 but with a less patchy beard.”

Born in 2001, he was raised in the city of Los Angeles, California. As per his date of birth, his zodiac sign is Gemini. His name, Xolo Mariduena, is taken from the Nahuatl (Aztec) language, which means ‘dog star.’

Who Are Xolo Mariduena’s Parents?

Apart from his parents, he has a sibling too, a younger sister named Oshún Ramirez — born on July 7, 2008. His sister is a talented person who has four credits as an actress. Additionally, she has done ADR work, voice-overs, and commercials for various brands.

He has a good relationship with his parents and sister. Besides, in 2019, he told Glitter Magazine that his parents have been playing a vital role in his life to keep him grounded. His words were:

“My family makes sure that both my sister and I have as well-rounded and filled life as possible, with acting and working being a piece of the pie, but not the whole pie.”

How Tall Is Xolo Mariduena?

The Furst Born actor stands at a towering height of 5 feet 8 inches or 1.73 meters and weighs around 66 kg or 145.5 lbs. His other distinctive features are a slim-built body, black-colored hair, dark brown eye color, and so on.

Previously, there were a lot of rumors that suggested that Mariduena is gay. However, none of those speculations are true, and they were just a hoax.

That said, is Xolo Mariduena dating? Does he have a girlfriend now? Well, the present relationship status of the actor remains in the darkness as he prefers to keep his love life under the wraps.

He hasn’t given any hint on him dating anyone or having a partner. Presumably, either he is relishing his singlehood or in a relationship and is keeping it hidden from the outside world.

Before his relationship status became unknown, he was dating his fellow Cobra Kai co-star Hannah Kepple. Initially, there were only talks of the two dating each other after the actor shared some couple-y pictures with her.

In April 2019, Kepple revealed that the rumors were true during her interview with MEAWW. “Well, I am dating Xolo (Mariduena) who plays Miguel. Season 1, we were actually friends, a little flirty, and then we started talking after season 1, and it clicked,” she told the outlet.

Everything was going fine between the couple. But after some time, both of them deleted all the pictures they shared of each other from their social media. It led people to believe that they had broken up.

Presently, neither of them has said anything on the topic. They are also yet to officially confirm their split.

Prior to that relationship, he was reportedly in a relationship with Jayka Noelle, but not much is known about it. Well, his former relationships do clear up one thing; he is not gay.

How Much Is Xolo Mariduena’s Net Worth?

As per Celebrity Net Worth, Mariduena has accumulated a healthy net worth of $2 million.