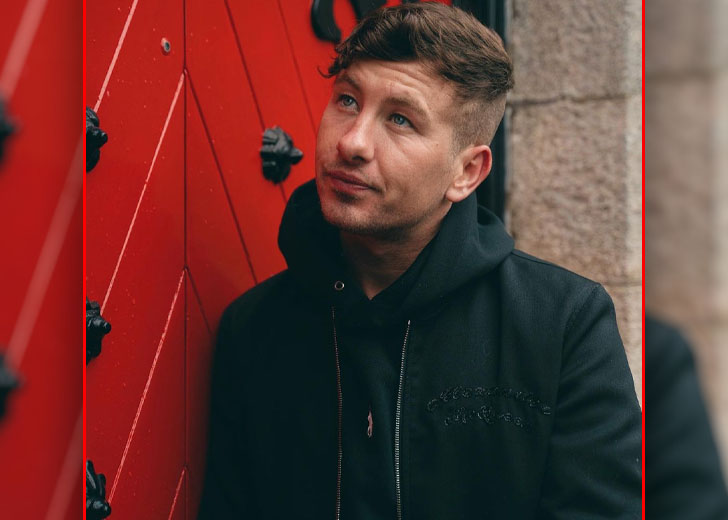 Barry Keoghan is one of the most talented men out there in the entertainment industry. Born in Summerhill, Dublin, the Irish actor, 29 years of age, was raised in 13 different foster homes in seven years alongside his brother Eric.

He was interested in acting from an early age, which led him to join a local acting school in Dublin called The Factory. As years passed, he gained more experience, and his performance improved. Finally, he made his debut in 2010.

Since then, he has never looked back and has continued moving forward. However, the initial days in the acting business were tough. Keoghan first tasted the limelight in 2017 for his performance of Martin in The Killing of a Sacred Deer.

Following that, he has made his appearance in several renowned movies and TV shows such as Dunkirk, Black ’47, Chernobyl, and The Green Knight. In late 2021, Keoghan became a part of the Marvel Cinematic Universe.

The Irish actor went on to portray the role of the superhero, Druig, in the movie Eternals. Although the film received mixed reviews from critics, fans loved Keoghan’s performance.

Barry Keoghan and his girlfriend Alyson Sandro at the premiere of ‘Eternals’ (Photo: Instagram)

His amazing performance was followed by yet another great performance in 2022’s The Batman. In the DC superhero movie, he played the role of The Joker – a widely renowned nemesis of Batman. But, he only made a cameo appearance in the theatrical cut.

Nonetheless, weeks after the release of The Batman, a full-length scene involving Keoghan’s The Joker and Robert Pattinson’s Batman at Arkham Asylum was released as a deleted scene. Both of the actor’s performance in the short clip was highly praised by everyone.

It’s currently reported that Keoghan’s portrayal of The Joker will return in The Batman sequel. The role of The Joker was previously played by Joaquin Phoenix and the late Heath Ledger, who both went on to win the Academy Award.

How much is Barry Keoghan’s net worth?

Keoghan’s acting skills are unmatched in some movies and TV shows he has been a part of. Considering his hard work and dedication towards his work, it must be sure that he was also paid well by the filmmakers/production company.

In addition, he has been associated with the global brand Dior as its ambassador. So, what is his net worth? Celebrity Net Worth reports that Keoghan has an estimated net worth of $4 million.

On the other hand, some other outlets have reported that the BAFTA Film Award-nominated actor earns an annual salary close to $2 million and has a hefty net worth of $17 million. Nonetheless, these figures are yet to be verified.

As mentioned earlier, Keoghan made his acting debut in 2010 when he played a small role in the show, Jack Taylor. The next year, he appeared in three acting gigs: Fair City, Between the Canals, and Stand Up.

His acting credits from 2012 to 2016 include Stalker, King of the Travellers, Wasted, Life’s a Breeze, Stay, Love/Hate, ’71, Standby, Norfolk, Rebellion, Mammal, Trespass Against Us, and Candy Floss.

He started 2017 with a role in a movie titled Light Thereafter. Following that, he became a part of The Killing of a Sacred Deer, which provided him with prominent fame. His last gig of the year was as George in Dunkirk.

From 2018 to 2022, he appeared in movies and TV shows such as American Animals, Black ’47, Chernobyl, Calm with Horses, The Green Knight, Eternals, and The Batman.

Keoghan – who stands at the height of 5 feet 9 inches (1.75 meters) – currently has four upcoming acting gigs. They are two movies – The Banshees of Inisherin and Sapphire, one short film titled White, and a TV mini-series titled Masters of the Air.