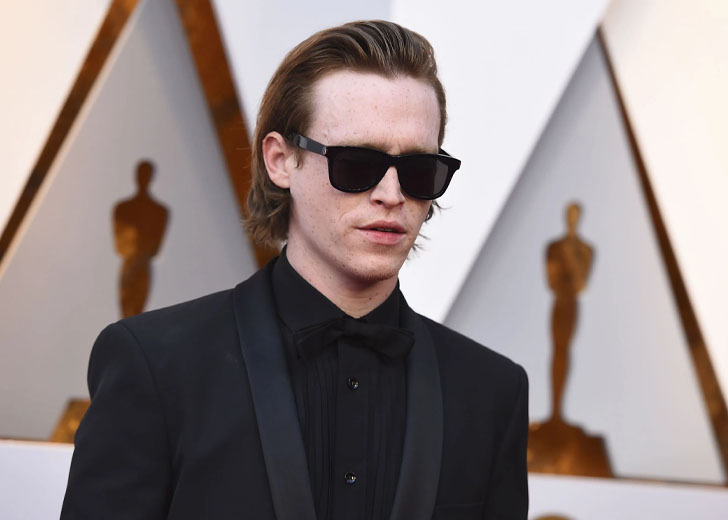 Everything you need to know about Caleb Landry Jones’ movies and net worth.

Caleb Landry Jones is a talented American actor and singer who has gained most of his limelight through acting endeavors. He first tasted fame in 2008 when he played the role of Jimmy Adler in Friday Night Lights.

Next year, he played a cameo role of Louis in one of the most acclaimed TV shows of all time – Breaking Bad. Some other movies and TV shows that he has been a part of are The Social Network, X-Men: First Class, Get Out, Twin Peaks, Three Billboards Outside Ebbing, Missouri, and The Outpost.

Jones recently appeared alongside Tom Hanks in the post-apocalyptic survival film Finch. Similarly, his movie Nitram is set for a theatrical release of March 30, 2022, in the United States – in select theatre and on AMC Plus – following a release at the 2021 Cannes Film Festival and in Australia.

What is Caleb Landry Jones’ net worth?

Jones, who stands at the height of 5 feet 11¼ inches, has been a part of the entertainment industry for quite a while now. He made his acting debut in 2007 and hasn’t looked back since, appearing in some independent as well as mainstream movies.

His career as a musician has also been fruitful, with him releasing two albums and three singles as of this writing. Considering all that he has done to date, it must be sure that he has earned and is earning a good income.

So, what’s his net worth? Currently, Jones’ exact salary and net worth figures are yet to be disclosed. Nonetheless, some online outlets have reported his net worth to be estimated at around $3 million – $4 million.

As we have already mentioned earlier, Jones has already released three singles and two albums.

His journey as a musician first started in the city of Richardson, where he was raised after being born in Garland, Texas. During his stay at Richardson, he got the chance to Robert Hudson. Later, he created an experimental folk-rock band named Robert Jones.

However, his musical journey halted when he started gaining the limelight through his acting works. He eventually moved to Los Angeles, California, to further pursue a career as an actor.

Thankfully, he was able to win the hearts of the audiences and critics through his performances and skills. When he got established as an actor, he then decided to fulfill the thing for which he chose acting – music.

On May 1, 2020, Jones released his first-ever studio album titled The Mother Stone, containing 15 songs. The album was distributed through Sacred Bones Records, Brooklyn, but recorded in Los Angeles.

Some days later, he released three singles: ‘Flag Day / The Mother Stone,’ ‘All I Am in You / The Big Worm,’ and ‘I Dig Your Dog’ – which was a part of his 15-songs debut album.

More than a year later, on September 24, 2021, Jones released his second album named Gadzooks Vol. 1. The album had nine songs in total.

In 2008, he was cast as Jimmy Adler in Friday Night Lights. In 2009, Jones made his appearance as Louis in AMC’s hit show Breaking Bad – in the second season’s fourth episode. His next and final appearance on the show came in 2010 in the third episode of the third season.

Following those two roles, he gained popularity. From 2010 to 2018, his acting gigs include The Last Exorcism, The Social Network, Contraband, Low Down, Heaven Knows What, The Florida Project, Twin Peaks, and Age Out.

Similarly, his works from 2019 to 2022 are The Kindness of Strangers, The Dead Don’t Die, The Outpost, Viena and the Fantomes, Nitram, The Forgiven, and Finch. He even won several awards for his performance in Nitram, including one AACTA Award.

Jones currently has two upcoming movies lined up: Two Wolves and DogMan. Both of them are in pre-production.