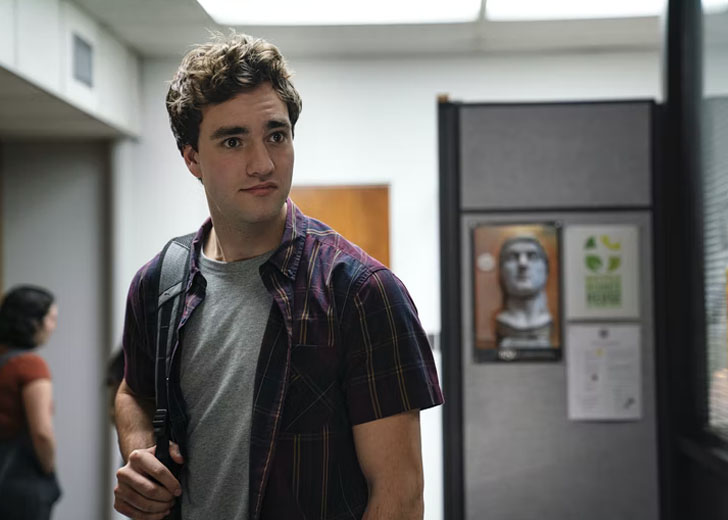 Everything you need to know about Jackson White!

Jackson White is an aspiring American actor who gained prominence through his first major role in the TV mini-series titled Mrs. Fletcher. In it, he played the lead character of Brendan Fletcher.

He made his debut in 2016 via the short film Confession. The next year, he made his big-screen debut as Ash Baker in the movie SPF-18. Following that, he played recurring roles in The Middle and SEAL Team.

After that two shows, he got cast in Mrs. Fletcher. Since then, he has only appeared in two gigs: a short movie named Number 2 and a movie titled The Space Between. For his performance in the former one, he also won a Catalina Film Festival.

As of now, he is set to appear as Officer Zach in the movie Ambulance starring Jake Gyllenhaal, Yahya Abdul-Mateen II, and Eiza González. It releases on April 8, 2022.

How much is Jackson White’s net worth?

The crime-drama film Ambulance is not the end of White’s list of upcoming acting projects; who just returned to the industry in 2021 after a long break that started in 2019.

As per Deadline, the actor recently completed the production of Paramount Players’ Pet Sematary follow-up for the streaming platform Paramount+. He is set to play the lead role of Jud Crandall.

Additionally, White is starring, directing, writing, and producing the short movie titled The Pitch – currently in post-production. He was recently cast as the male lead Stephen DeMarco – opposite Grace Van Patten as Lucy Albright – in Hulu’s TV show Tell Me Lies.

With all he has done, he must have earned a decent income. Similarly, he must have charged a healthy sum for the lead roles in his upcoming movie and TV show. So, what is White’s net worth?

Leaving White’s career behind, let’s talk about the other side of his life. Did you know he shares the same birthday with renowned Canadian singer Justin Bieber? If not, then the answer is yes.

Born in 1996 in Los Feliz, Los Angeles, White is currently 26 years of age. He celebrates his birthday every year on March 1. His birth name is Jackson James White, and his zodiac sign is Pisces.

As he shares his birthday with Bieber, he often takes to his Instagram handle to wish the singer. In 2022, he shared a picture of Bieber and wrote, “Since day one. Happy birthday. I love u so much.” Truly, White’s love for him is something else.

Jackson White is the son of well-known parents

The University of Southern California graduated was born as the only son of his parents: Katey Sagal and Jack White. While his mother is an actress and singer-songwriter, his father is a drummer.

Apart from his parents, he has an older sister named Sarah Grace White (b. August 7, 1994). Born and raised within the United States, White holds American nationality. In addition, his ethnicity is Ukrainian-Jewish.

Around four years after White’s birth, in 2010, his parents divorced, and child custody was given to Katey. Sometime later, Katey met her now-husband Kurt Sutter – a writer-producer – and married him on October 2, 2004.

From his mother’s third wedding, the actor has a younger half-sibling: a sister named Esme Louise Sutter (b. January 10, 2007). Katey was first married to Freddie Beckmeier from 1978 to 1981 before tying the knots with her son’s biological father.

White already seems to have a great physique and height in only a short glance at some of his social media pictures. As per reports, he stands at a towering height of 5 feet 9 inches or 1.75 meters.

As mentioned earlier, he has a good body shape. He had recently shared his first look from the Hulu TV show Tell Me Lies, in which he looked amazing.

Coming back, White reportedly weighs around 75 kg or 165 lbs. And both his eyes and hair are brown-colored.

Does Jackson White have a girlfriend?

Unlike his mother, White doesn’t seem to have a chance to fall in love. And even if he has been in love, he has kept those details away from the sights of the media and public.

Additionally, his social media handles – he seems to use Instagram only – give no clue about his current relationship status. There are no reports of the actor dating a significant other in the past.

So, it looks like there is only one conclusion: White’s present relationship status is single. He might be staying away from love for the time being and focusing more on his acting career.