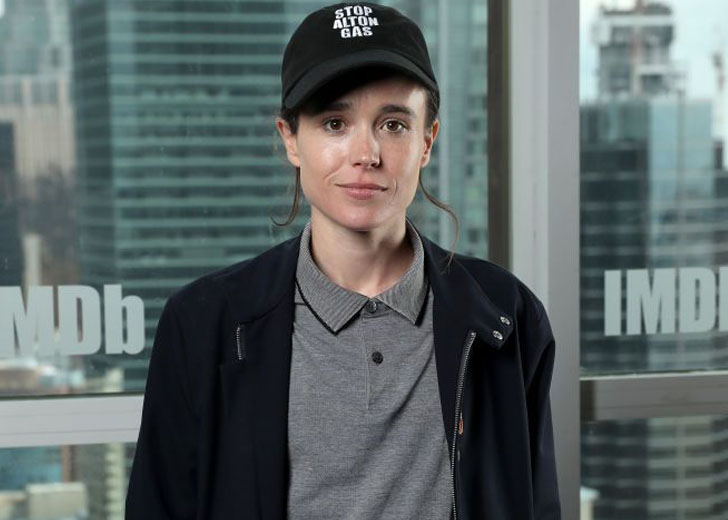 Coming out as a proud transgender!

Elliot Page is a Canadian actor and producer, who first came to recognition for his role in the television franchise Pit Pony for which he was nominated for a Young Artist Award.

In recent years, he has starred in notable movies and TV shows such as the documentary series Gaycation, Netflix series The Umbrella Academy, and psychological horror drama film Flatliners.

So far, he has won an Academy Award, two BAFTA and Emmy Awards, and a Satellite Award, among other honors.

Elliot Page’s ‘The Umbrella Academy’ Character Comes Out as Transgender

The actor revealed his The Umbrella Academy character to fans of the hit Netflix series months before the season 3 premiere. The 35-year-old released the first photo of his character at a diner counter.

“Welcome to the family, Viktor – we’re so thrilled you’re here,” Netflix replied in response to the tweet.

“To all trans people who deal with harassment, self-loathing, abuse and the threat of violence every day: I see you, I love you and I will do everything I can to change this world for the better.”

Furthermore, Netflix released a teaser for The Umbrella Academy’s third season in March 2022, where Page’s name had been changed in the credits for the series. Some of his co-actors also found a difference in his behavior and confidence.

The showrunner of The Umbrella Academy, Steve Blackman, told the media that he found Page to become happier, confident, and proud regarding his sexuality and noticed a feeling of comfort within himself.

The actor also mentioned that he felt seen, valued, and acknowledged by his co-actors while being called by his new name and recognizing his new pronouns.

In addition, Page’s former name was Ellen Page. He changed his name and identity to Elliot Page. The actor has sensed a lot of ease and comfort after coming out to the world.

As stated earlier, Page came out as transgender in public in December 2020. He was the first openly trans man to be on the cover of Time magazine in March 2021.