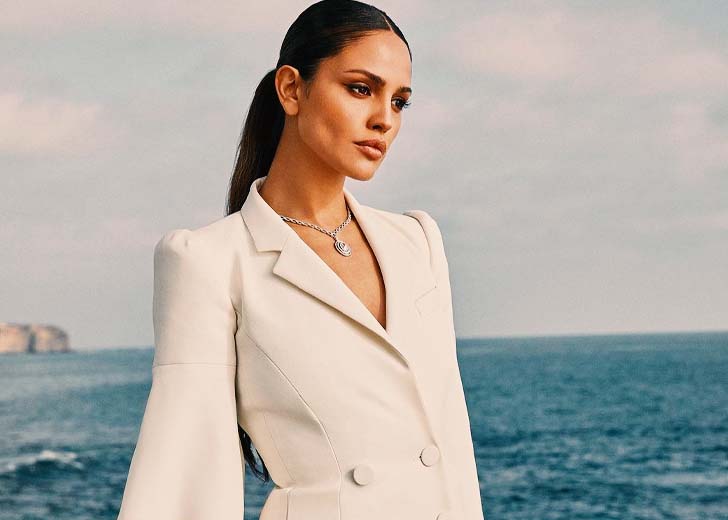 Eiza González has had a long history with trolls and backlashes.

Over the years, the Mexican actress and singer has been receiving negative attention for her plastic surgery rumors. And whenever she gets in the spotlight, those rumors and trolls seem to emerge again.

Several Mexican news outlets have called her “addicted to plastic surgery,” and people on the internet have even referred to her as “Michael Jackson of Mexico.”

But, how true are those rumors? Did she really go through plastic surgery? And how did she handle all those backlash and rumors? Read on to find out everything!

Eiza González admitted to having her nose done

Back in 2011, González made her appearance on the Spanish talk show titled Hoy. During that appearance, she openly admitted to the fact that she had done a nose job.

When asked why she did that, she simply mentioned that there was no medical need to have her nose done. But, she simply did it because she didn’t like how her nose looked.

Through her admittance of going through the knife for her nose only, the netizens didn’t accept that as they believed that there were several more changes to her face than before. They started to complain about it and troll her on Twitter.

In 2012, a tweet had gone viral in Mexico. It read, “For everyone who misses Michael Jackson, just remember that Eiza González is one procedure away from looking like him.” This viral tweet prompted people to call her “Michael Jackson of Plastic Surgery.”

In the next year, 2013, the actress was linked with Australian actor Liam Hemsworth – who had recently broken off his engagement with Miley Cyrus. As a result, netizens again had their fair share of González’s plastic surgery rumors.

The above-mentioned tweet was again circulated, and several more tweets were added. For example, one had written, “Eiza González goes into surgery like a fat person with a sausage sandwich.”

“At least Miley has natural beauty, unlike Eiza González, who was born in the plastic surgeon’s clinic!” one user had written comparing González and Hemsworth’s ex-girlfriend, Cyrus.

Furthermore, another viral tweet was of a link to an article featuring González. The article was titled “Young, Famous, Addicted to Surgery!”

Eiza González’s response to the rumors and trolls

González was receiving heavy backlash from the people of her own country in 2012. And, that was a year before she was linked to the Australian actor.

However, things were already bad in 2012. So, taking things into her own hand, the actress took to her Twitter handle and decided to address the topic.

In her long tweet, she first wrote, “The truth is, it’s such a shame that they make up such things, they have a lot of imagination. Tomorrow they’re going to say that I got liposuction!”

As she went on, she again divulged that she only operated on her nose. And if people still don’t believe that, they can go and ask her plastic surgeon, López Infante, if he has done anything else to her.

Her words were, “The one thing that I had operated on, and I say it and I’m not going to hide it, is my nose. And you can go ask López Infante if he’s done anything else to me!”

“I’m not going to talk about this again! Whoever wants to believe that I’ve changed my face, whatever! I’m content and happy, kisses!” she further added.

In the end, she concluded her statement by writing, “Because I’m focused on work and I don’t give them anything to make fun of me about, they invent things. I’m super focused on my CD and more!”

Eiza González: before and after

If we look at González’s early pictures, it could be seen that she had a wider nose, smaller lips, and a rounder face. But, ever since she has shifted to the United States, pursuing a career in acting, her looks have drastically changed.

Many have suspected that she has done lip injections as her lips have become fuller than before. Not only that, people have wondered if she went through another nose job as her nose looks smaller and more sculpted than before.

A collage picture of Eiza González before her surgery and now (Photo: Twitter / Murtadlib Uthman)

Additionally, there have been rumors that she did cheek injections. Although it’s not yet proven if her changes are via plastic surgery, all of these changes might also be possible due to her aging.

González was a young woman before, and things like aging, weight loss, and more could have taken a toll. Though there is the possibility of that, many still believe that some of the changes are the result of plastic surgery.

In the wake of González’s plastic surgery rumors, Hollywood Life did an exclusive interview with some experts in the surgery field – Dr. Marina Peredo and Dr. Yael Halaas – and both of them suggested that there might be some artificial changes.

Dr. Halaas told the outlet, “Her jawline seems less square and wide. This can be achieved by using Botox in the muscle there.” Dr. Peredo questioned González’s jaw area and suggested that she might have “fillers injected into her cheeks.”

The two experts also talked about the actress’s eyebrows and lips. Dr. Halaas said, “Her upper lids seem more visible, which can be achieved by upper lid blepharoplasty.” Adding more to that, Dr. Peredo noted, “Another area of question would be her lips. Her lips look a lot fuller now, which could mean she may have gotten injections to plumpen them.”

The outlet later consulted Morristown-based Dr. Brian Glatt, a board-certified plastic surgeon, who agreed to the two doctors’ opinions. Dr. Glatt said that some changes might be due to her growing personality, significant weight loss, and professional makeup and hair.

Adding more, he said, “she does appear to have had Botox treatments in her forehead and brow. She also may have some work on her chin (perhaps even at the time of her rhinoplasty, which is a very common combination) as it appears smaller and better defined. She likely had a small chin implant placed.”

To conclude, has González done plastic surgery? Even the experts in the field suggest that she might have gone through it. Well, to this date, she has only admitted to having her nose done, and if she has done more than that, it’s her decision in the end.