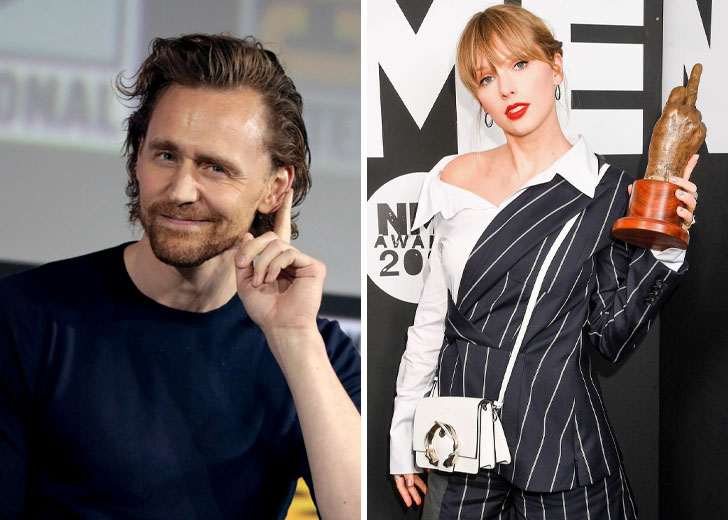 Tom Hiddleston has previously made headlines for his amazing performances in the entertainment industry — most notably for portraying the role of the trickster god, Loki, in the Marvel Cinematic Universe.

The English star is trending on Twitter again, but not for his acting endeavors. Instead, it is because he allegedly broke his years-long hiatus from Twitter — he has been inactive on the social media platform since July 2020.

But that’s not it, as he broke his hiatus by liking a tweet related to one of his ex-girlfriends, Taylor Swift, and her ex-boyfriend Calvin Harris.

On February 15, 2022, a Twitter user @pseudonaam_ – allegedly an Indian girl – took to her Twitter handle to tweet something related to Hiddleston, Swift, and Harris in her native language, Hindi (romanized).

The tweet loosely translates into English as, “She [Taylor Swift] doesn’t write/dedicates songs about those people with whom she didn’t have a serious relationship like Tom Hiddleston and Calvin Harris.”

Hiddleston might have understood the tweet in its original language as he has previously mentioned that his sister, Sarah Hiddleston, is based in India, and she formerly lived in Chennai, India. Besides, by now, he has visited India around four times.

So, he must have some knowledge on how to speak and even read Hindi.

Hiddleston might have shared a laugh after seeing the tweet and liked it. However, upon seeing the reception from his enthusiastic fans on the platform, he was quick to unlike it.

Nonetheless, it didn’t stop the Twitteratis from correcting the original tweet and sharing their thoughts on the topic.

Twitter users were quick to point out to the original tweet’s author that Swift has already written/dedicated a song about her relationship with Hiddleston and Harris.

They mentioned that Swift’s song ‘Getaway Car’ was dedicated to Hiddleston. As for Harris, one user wrote that the song ‘I Forgot That You Existed’ was about him — as widely circulated around the internet.

Coming over to the Twitter users’ reaction to Hiddleston’s activity after a long hiatus, one user mentioned that the tweet author managed to break the actor’s hiatus as they wrote, “You had a speech your speechless [sic].”

On the other hand, one Twitter user was confused about how the actor got to see the tweet in the first place. They wrote, “but the question is how did he got to the tweet, I mean how on earth did he got to see it, yk? the whole thing is just so confusing.”

“Not Tom Hiddleston liking this and understanding this? HELP,” wrote one Swift fan.

Hiddleston and Swift first met each other in May 2016 while Swift was still in a relationship with Harris.

Due to some unknown reasons, Swift ended her year-long relationship with Harris. Soon, she began dating Hiddleston.

However, the Midnight in Paris actor and the American singer-songwriter had a brief relationship lasting only around three months.

While they were in a relationship, Hiddleston praised Swift during the 2016 Met Gala as he said she “is amazing.” The now-former duo was also caught multiple times during their outings and vacations – sharing PDA-packed moments.

Their relationship came to an end in September 2016 after several sources confirmed Hiddleston and Swift were no longer together.

At the time of their break up, a source told US Magazine, “[Taylor] was the one to put the brakes on the relationship. Tom wanted the relationship to be more public than she was comfortable with.”