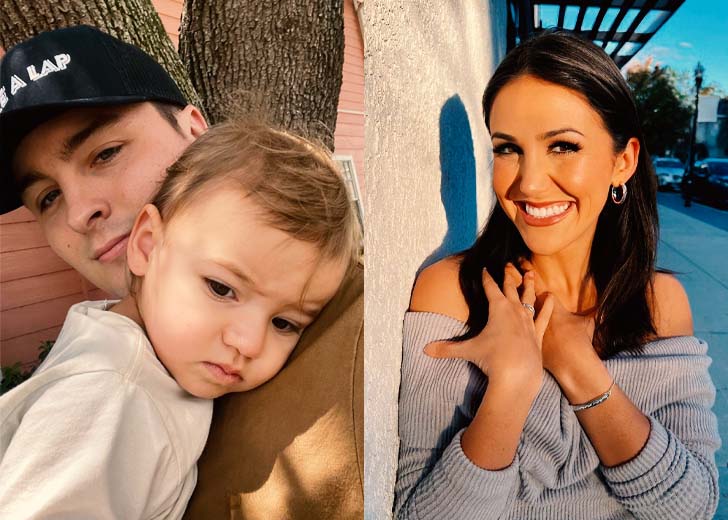 Kat Stickler recently opened up about her split with her ex-husband Mike Stickler and co-parenting their only daughter Mary-Katherine, aka MK.

Just when she was about to talk about her split with Mike, she stopped and mentioned that she wouldn’t talk about it as she and Mike signed a non-disclosure agreement (NDA) for the betterment of their daughter.

As a result, fans were curious as to what really happened between the former married couple that led to their split and to sign an NDA. This raising question was later asked during Mike’s recent Twitch stream – later also shared on TikTok and Instagram.

Here is what Mike said about his marriage with Kat, the non-disclosure agreement, and co-parenting his daughter!

In his Twitch stream of February 9, 2022, Mike answered some questions from his fans. One of his fans’ questions was, “What happened with Kat?, and what’s the NDA about?”

He first answered about what happened with his relationship with Kat. Mike mentioned that he and Kat married young and had a baby. But after some time, they realized that they weren’t right for each other.

“The relationship became unhealthy and then with social media, that didn’t make anything easier. So we decided it was best to part our ways. Simply put,” he further added.

Following that, he opened up about the NDA that he and Kat signed. He said, “And regarding the NDA, despite what it is all over the internet about whatever people wanna think about that.”

“Kat signed an NDA, I signed an NDA,” he added. Mike then stated that their respective lawyers advised them to sign an NDA, given his and Kat’s social media presence. “It was just the advice by them and something we did.”

Just after that, he took a dig at his ex-wife as he said that the whole “NDA topic” isn’t any more dramatic than that as dramatic as you know, you know [hinting at what Kat said when she mentioned about NDA].

In reply, he first said, “Truthfully, co-parenting has had its difficulties. But it has definitely gotten easier. I think that co-parenting is like anything else in life. It has taken practice, taken me adjusting, getting used to it, you know?”

“It’s not about me, it’s not about Kat, right. That’s the best piece of advice I would give in regards to co-parenting,” he concluded his statement.