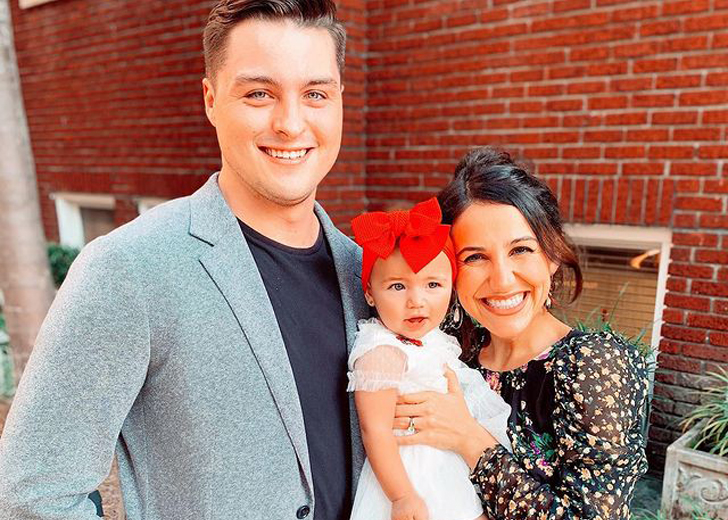 Kat Stickler is a social media star who rose to fame through TikTok after she and her ex-husband Michael Stickler, shortly Mike, started making viral pranks and comedic videos during the pandemic on the short-video app.

They posted the videos on their joint account, ‘Mike and Kat,’ which amassed a huge TikTok following of over 3 million in just six months. The account is now under Kat’s name with over 6.5 million followers.

The TikTok’s most beloved couple was also seen as the hosts of HGTV’s podcast HGTV Obsessed, where they shared their candid honesty and humorous perspectives about life, love, and family.

Now, after ending their marriage, the former pair make content for TikTok and YouTube separately and manages single lives.

Why Did Kat and Mike Stickler Separate?

On March 17, 2021, Kat and Mike took to Kat’s TikTok to announce that they were separating in their marriage. “Hey guys, we just wanted to come on here and address some of the rumors about Michael and I being separated,” Kat stated.

“Unfortunately, they are true. We are separating. We just wanted to be transparent with you guys, because you guys have been with us from the beginning of this whole journey.”

The social media star then asked her fans to respect her family’s privacy and desire for space. She also mentioned that the two would co-parent MK despite the split.

“We go forward with love and respect for each other, 100%,” Kat added. “We are also totally committed to co-parenting MK to the best of our abilities. We just ask that you respect our privacy, and her privacy.”

Speaking in the video, Mike revealed that Kat was not responsible for the split. Instead, it was he who took the decision because he wanted to work on his life.

“So, Kat is not at fault at all for any of this, just so you know. There’s a lot of things that I need to work on in my own life and get in order,” Mike shared.

The announcement shocked their fans, but many already had an idea that something was not going right between them. That was because they had stopped posing content together.

Kat has been posting solo content since late February, whereas Mike last posted with his ex-wife in early March 2021.

Kat has a one and half years old daughter, whose name is Mary-Katherine Stickler and is nicknamed MK. She gave birth to her daughter with her ex-husband Mike on November 15, 2019.

Before separating, the pair lived together and raised their daughter. They also often shared the pictures of three on social media, which showed their bond and closeness.

After the divorce, they have been co-parenting MK. That being said, the little one lives with her mother, Kat, and the baby mother is happy to have her baby’s love in the absence of a husband.

Most of her Instagram and TikTok videos feature her daughter, and occasionally Kat expresses that she is happy living with her daughter.

On June 10, 2021, the social media star posted multiple pictures with her daughter, saying that she loved to match her dress with the little one. “I love matching with my mini me,” she wrote.

Kat also posted a couple of pictures with MK on May 8 last month and stated that she was her heart and soul.

A quick look into her Instagram will hint that despite the hardship of her divorce from Mike, Kat is happily living with her daughter presently.