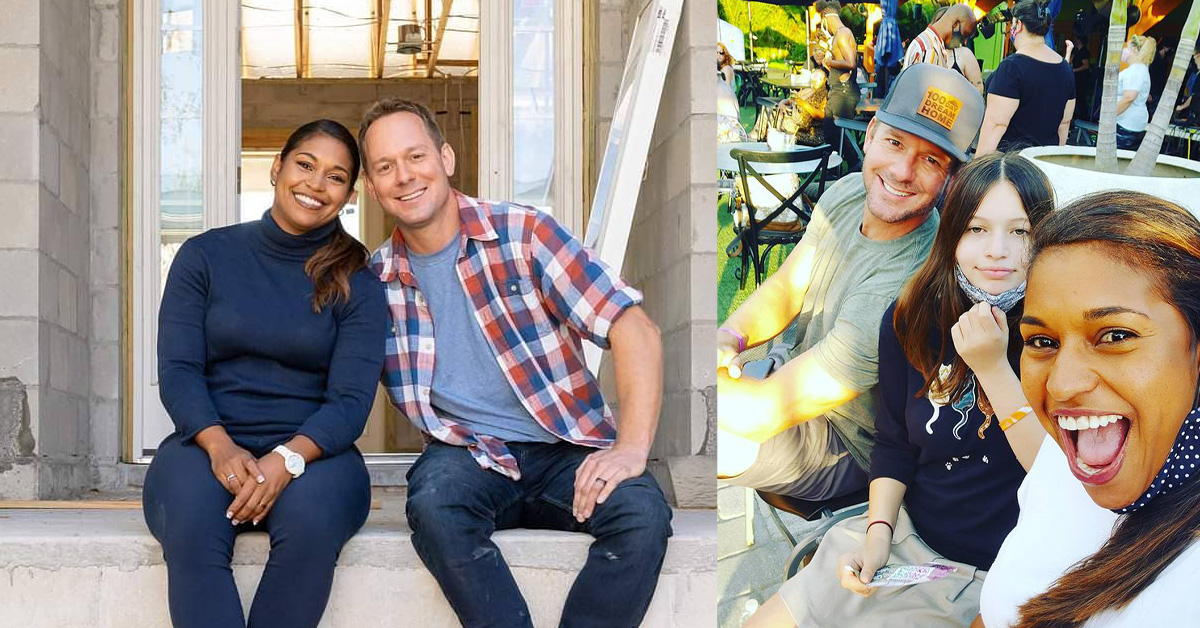 Mika McGee, popularly known as Mika Kleinschmidt, is a proud mother of a 12-year-old daughter, Jade. The renowned real estate development and interior design expert raises her daughter with her husband, Brian Kleinschmidt, an actor, entrepreneur, and home designing expert.

However, Brian is not the biological father of Mika’s daughter Jade. But despite that fact, the Rock the Block Season 2 winner loves and cares for growing Jade like his own daughter.

Mika welcomed her daughter Jade on February 11, 2009, from her previous relationship — and so far, the reality star has not revealed details about her former partner, or let’s say, her baby’s father.

Fortunately for Mika, she did not have to raise her daughter as a single mother, as she found love for herself, as well as a loving father for her daughter, in Brian. Not only Brian but his family, which includes his father and mother, have also accepted Jade as an equal member of their family and takes care of her.

The couple, Brian and Mika, often posts pictures on their social media with their daughter Jade and shows how much she means to their family.

In one post, uploaded on October 8, 2020, Mika expressed how Brian and his family have created a nurturing environment for her daughter Jade, posting pictures of her in-laws and daughter.

“Family is everything. Jade is so blessed to have such a big blended family and a great group of role models that love her,” she stated.

In another instance, the 100 Day Dream Home reality star also shared that she was proud to show her daughter the importance of being resilient. Mika said that after she and her husband won Rock the Block Season 2 on April 13, 2021.

“I’m most proud that I was able to show my 12 year old daughter that resilience pays off and that you have to keep pushing,” Mika captioned her Instagram post.

She emphasized that the couple’s never-giving-up spirit, even after “losing the challenges,” helped them influence their daughter.

Likewise, Brian, too, actively talks about his daughter through social media and shows how much he loves her. On February 26, 2020, he stated that Jade was the best thing that ever happened to him, and he was honored to be her “Bonus Dad.” He said that on the occasion of her birthday.

The family-of-three were recently snapped together at a live show as they went out in the evening for a family dinner.

As for Brian and Mika, the couple has known one another since their high school days. After the high school got over, they stayed out of contact.

But after 10 years, in 2011, the two rekindled and started a relationship. Soon, they decided to tie the knots and go together as a family.

Between their separation and reconnection, Brian was married to former Miss Florida and Miss America 2004, Erika Dunlap, from 2007 to 2011. Likewise, Mika was also involved in a relationship from which she gave birth to her daughter.

Since their reunion, Brian and Mika have appeared in reality shows such as 100 Day Dream Home and Rock The Block.