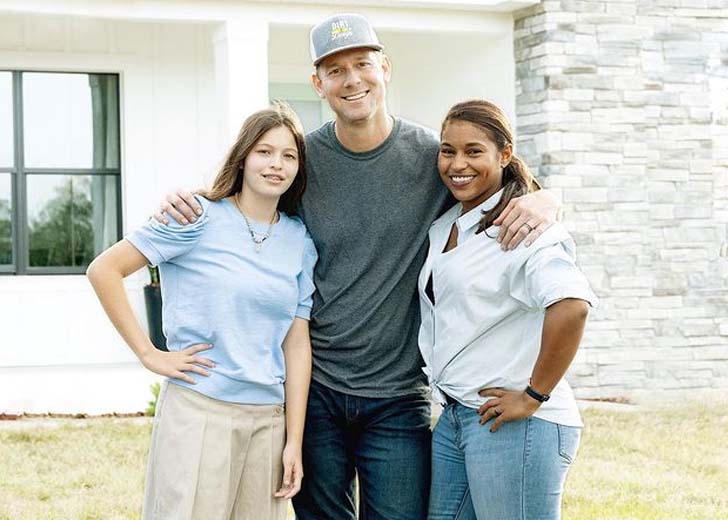 Nothing is more important than family for Brian Kleinschmidt.

The home designing expert has been relishing life with his high school friend turned wife Mika Kleinschmidt and their sweet daughter Jade, from Mika’s previous relationship.

The family of three has been living together for years now and has celebrated several occasions and festivals together, including this year’s Christmas.

On the special occasion of Christmas Day and the holiday season, Brian took to his Instagram and Twitter to share a family picture of him, his wife, and their daughter. The three stood in front of their house’s lawn as they smiled for a beautiful family picture.

Continuing the caption, he went on to wish his well-wishers and friends “an amazing Holiday and an incredible New Year.”

Several followers of the entrepreneur took to the comment section and filled it with their happy thoughts. One wrote, “Merry Christmas to you and your family and a happy and prosperous New Year.”

“Beautiful family and pic!! Merry Christmas,” another had written.

Furthermore, one had mentioned that he is a lucky man to have Mika and Jade and vice-versa. They had commented, “You’re certainly a lucky man! And they’re lucky women. Merry Christmas.”

A Brief Look into Brian and Mika Kleinschmidt’s Relationship

As mentioned earlier, Brian and Mika were high school friends who got separated after their graduation due to their respective works. While they were out of contact, they lived different lives, and both of them were in a relationship.

Brian was married to former Miss America 2004, Erika Dunlap, from 2007 to 2011. As for Mika, she was in a relationship with a man whose identity is kept secret. While she was in that relationship, she gave birth to a child, a daughter named Jade.

Sometime after their respective relationships ended, around 2011, they went on to bump into each other. Sparks flew, and they formed a relationship. Four years later, on October 10, 2015, they shared the wedding vows.

Since they began dating and eventually got married, the couple has never been apart and has supported each other in every possible circumstance. Mika’s daughter also lives with them, and Brian considers her as his own daughter.

The married duo has also used their similar professions and worked together in renovating houses for others. Together, they have appeared in several HGTV shows such as 100 Day Dream Home, Rock The Block, Dirt 2 Design, and more!

Brian and Mika have now been married for over six years and recently celebrated their sixth wedding anniversary on October 10, 2021.