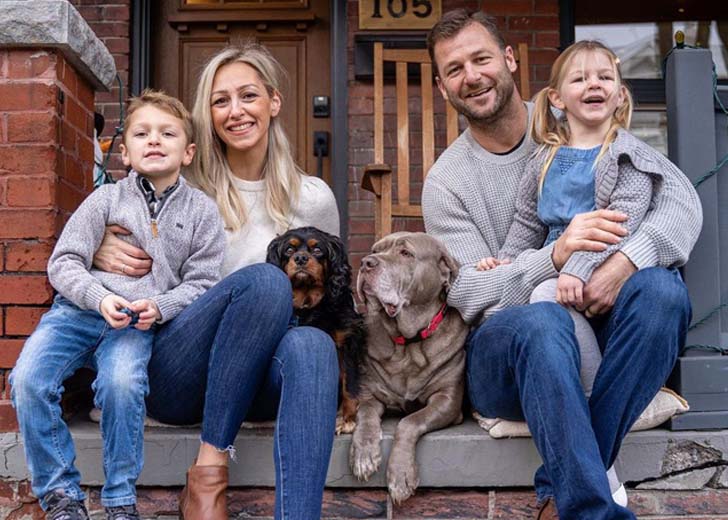 Her Instagram bio further describes her as the “Owner & Lead Designer” of her own design firm, Debra Lillian Design, which creates “luxurious, approachable designs for everyday living.”

The famed TV star, who has over 32,000 followers on Instagram, is also usually seen displaying her “designing” works on the social platform.

In addition to being an independent working woman, Debra is also a happily married wife to Canadian animal trainer Dave Salmoni. Together, the couple is parents to two children: a son, Thomas, and a daughter, Elizabeth.

Just in case you thought that Debra’s husband is Scott McGillivray, her co-host from the HGTV show, then you were wrong. Her husband is Dave while Scott is married to his wife Sabrina McGillivray.

Marking the occasion of her sixth wedding anniversary with her husband Dave, Debra took to Instagram on June 13, 2021, and talked about her marital journey so far.

“It’s funny how this seems like yesterday, yet it also seems like eons ago,” she wrote. “6 years ago today we stood in front of our nearest [and] dearest and promised our lives to one another. At our favorite place, hand written vows, and lots of tears.”

She further claimed her wedding day, which happened on June 13, 2015, as a “magical day,” which was soon followed by the birth of their first baby two months later. So yes, she was pregnant with Dave’s baby when they tied the knot.

Debra also opened up about the recent pandemic, which affected her family, too. But she felt proud that the couple did a good job staying positive and supporting one another.

“Which proves time and again, that we were made for one another,” she added while staying she would always love him.

The post consisted of four snaps, all of which were from their wedding day. In the first snap of the slide, Debra and Dave exchange wedding vows with a beautiful lake in the backdrop.

The couple poses for the camera in the second snap, whereas the third photo, a wide-angle shot, shows off the attendees of the wedding. The fourth picture is, again, of the couple kissing each other.

Debra’s Husband Dave Is an Animal Trainer and TV Producer

Debra’s husband Dave is a man of many talents. He is an Ontario-born animal trainer, entertainer, and television producer with his own production company, Triosphere. His production company is based in South Africa and specializes in wildlife films.

He studied zoology at the Laurentian University in Sudbury, Ontario, and wrote his undergraduate thesis on tracking the hibernation of Alaskan black bears.

In addition, Dave’s mother is a competitive figure skating coach, and his father is a chemical Scientist.

Through the years, he has appeared in several TV shows such as Jimmy Kimmel Live!, Sharks: Are They Hunting Us?, Rogue Nature, Savaged with Dave Salmoni, The Wendy Williams Show, and Big, Small & Deadly.

Debra and Dave Are Parents to Two Children

Since getting married, Debra and Dave have been relishing their relationship happily. They are also blessed to have two children by their side.

In 2015, they welcomed their first child, a son, Thomas, and two years later, the couple gave birth to their daughter.

Both of them are extremely proud parents, which is evident through their public social media handles. For example, they usually post family pictures on their feed.

The family of four presently resides in Toronto along with two dogs, even though Dave usually travels to South Africa for work.