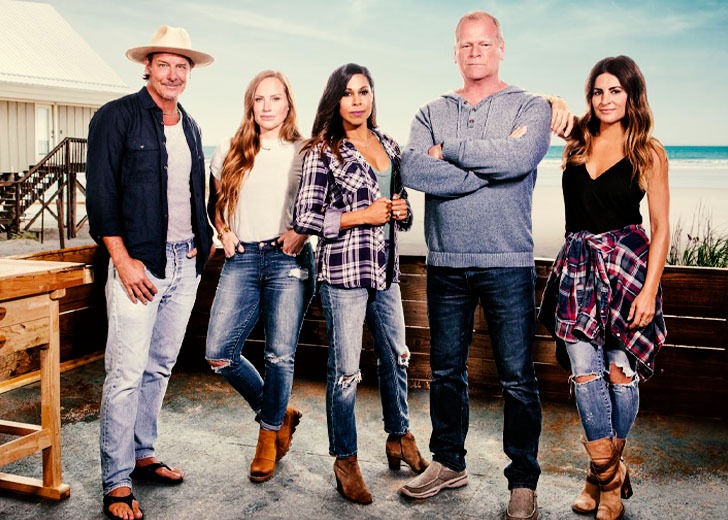 In recent years, HGTV has been home to some popular TV shows related to home improvement and real estates, such as 100 Day Dream Home, Vacation House Rules, and more. So with that said, what’s new on HGTV that has been grasping the viewers’ attention?

Among all the exciting projects that are being released, Battle on the Beach has seemingly attracted the eyes of the viewers. The first season of the show recently ended, with its sixth and last episode airing on August 15, 2021.

Meet the Cast of ‘Battle on the Beach’

The first season of Battle on the Beach was star-studded as some of the fan favorites from other HGTV shows made their presence felt that included Alison Victoria, Mike Holmes, Ty Pennington, Mina Starsiak-Hawk, and Taniya Nayak.

The other cast members of the show are the pair of Shonnie and Josh Thomas, Darryl and Sunjay Williams, and Kerry and David Kersh. All of these cast members were divided into three separate teams.

The Location and Plot of the Show

The competitive HGTV show was filmed in Gulf Shores, Alabama, much like any other beachfront home renovation shows made by HGTV.

As for the plot of the show, three teams will be formed, and all of them will renovate three identical beach houses in order to win a cash prize of $50,000.

The clash of teams will be divided into several parts, ranging from bedroom, living room, kitchen, and other parts of the beach house. And, the team that manages to wow the judges with their renovation will be declared the winners and will win $50,000.

The Winners of HGTV’s ‘Battle on the Beach’

As already mentioned above, the first season of Battle on the Beach has already ended, with the sixth and last episode airing on August 15, 2021. So, which team managed to amaze the judges the most and win the cash prize?

Starting right from the beginning, the season was divided into six parts/episodes, with each episode showing the battle of different interiors/exteriors of the renovated beach house.

The winners were selected by how much the newly-renovated beach houses are reappraised and by the judges’ vote. Before the renovation, all of the beach houses were appraised for $650,000.

With that noted, Team Taniya was declared the winner of HGTV’s first-ever Battle on the Beach, and they grabbed the winning $50,000. After winning, the mentor Taniya Nayak said, “Kerry and David made me so proud today. I felt like a proud design mama.”