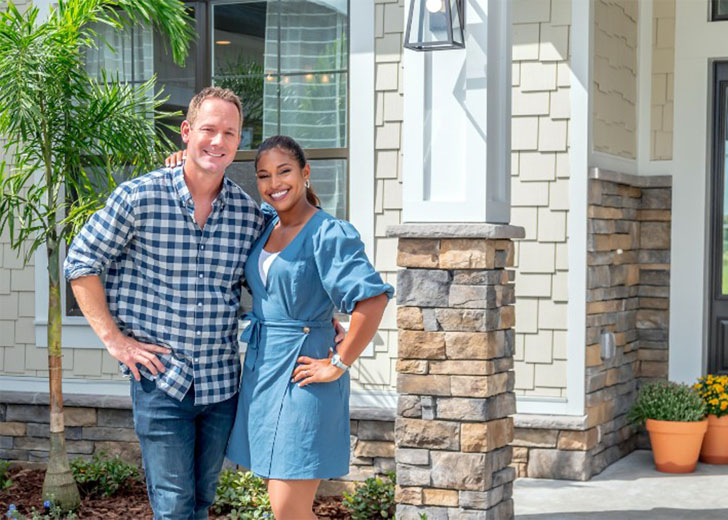 The long wait for HGTV’s 100 Day Dream Home fans is finally over. The show has officially been renewed for the third season by the Discovery-owned channel.

And no prizes for guessing the cast for the show, as the husband-wife duo Brian and Mika Kleinschmidt are back to building beautiful custom homes for clients in Tampa, Florida, in 100 days or less.

On May 10, 2021, HGTV announced that they have picked up the third season of its most loved show, 100 Day Dream Home, starring the married couple Brian and Mika. The channel ordered 10 additional one-hour episodes for Season 3 of the show.

The renewal came after the astonishing viewership numbers for the second season, which was watched by more than 23.9 total million people.

The Season 2, which premiered between January 4, 2021, and March 8, 2021, became the number one cable program in the Monday 8-9 p.m. timeslot, according to HGTV. Overall, the show ranked as the top 3 cable program among key viewer demographic groups.

Confirming that the new season will premier in early 2022, HGTV president Jane Latman said, “When you see Brian and Mika’s expertise and experience in action during their high-adrenaline, time-crunched process to build stunning homes within 100 days, you can’t help but be inspired by it.”

“This duo is fun, fresh and unique — and fans can tell they are having a great time together. When you consider their incredible talent and the audience response to the show, it’s an easy call to make more episodes.”

Glimpses from the Set of ‘100 Day Dream Home’ Season 3

The filming for the 100 Day Dream Home Season 3 has already begun. On May 9, 2021, Brian even posted a video on Instagram and showed the first glimpses of the new season.

“We’re back,” Mika said in the video, while Brian shouted, “Let’s go!”

He shared another picture from the sets on June 5, 2021, where he, Mika, and the show’s cameraman poses for a selfie. They were abducted by the rain, as he wrote, “Rain or Shine…We Still Grind!”

Likewise, Mika also has shared a series of pictures from the filming of the third season, where she and her partner are building dream homes for their customers.

Brian and Mika Has a Daughter

The couple, who won the Rock the Block season 2, have been married since the early 2010s. Presently, they live together with their daughter Jade and Brian’s family.

But Jade is not the biological daughter of Brian. Her mother is Mika who gave birth to her from her previous relationship on February 11, 2009.

That being said, Brian or his family does not differentiate Mika’s daughter. The Kleinschmidt family has happily adopted Jade as their daughter.

Brian, who was previously married to former Miss Florida and Miss America 2004, Erika Dunlap, between 2007 and 2011, often posts pictures with his daughter Jade and expresses his love for her publicly.

On National Daughter’s Day in 2020, the home designing expert stated that he was proud to be her “Bonus Dad.”