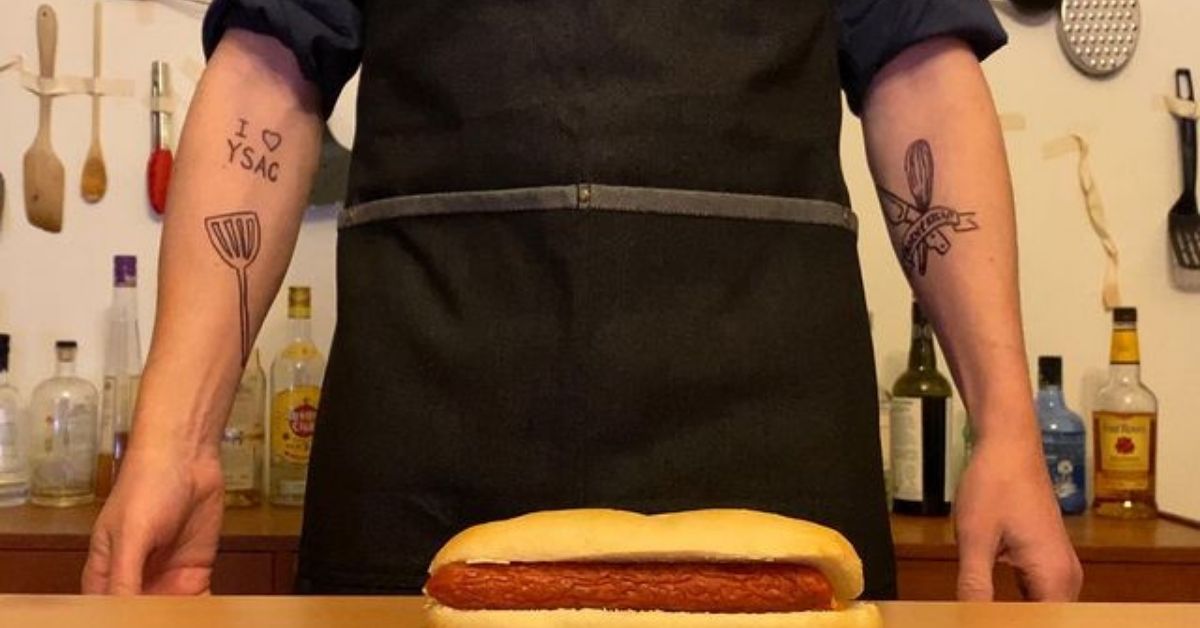 You Suck At Cooking is a YouTube channel that is popular for its not-so-delicious but awkward yet funny cooking videos.

And why wouldn’t it be, since the channel’s creator, whose name is not disclosed yet, claims his cooking videos is “No bullshit. Just cooking. (except for all of the bullshit)” on the channel’s description.

With those hilarious cooking videos, the channel has managed to amass over 2.65 million subscribers and 290 million views to date. The channel was created on December 21, 2014.

Who Is ‘You Suck at Cooking’ Guy?

After going through You Suck At Cooking’s YouTube cooking videos, people won’t feel as much hunger, but will definitely cry from laughing. But who is the guy behind all the humor and sucking cooking?

The few things known about You Suck At Cooking’s creator is that he is a male and that he works under Randi Siegel Entertainment.

The creator also has tattoos in his hands, one including “I love YSAC” text in his right hand. He has another tattoo in the same hand of a spatula.

Other than these known facts, the man is a complete mystery. Besides, he has not even revealed his face in any of the hundreds of videos that he has uploaded.

“All the internet wants is a glimpse of ur face buddy boi,” one fan commented in his Instagram post.

A post shared by You Suck at Cooking (@yousuckatcooking)

Although the YouTuber has not revealed his face, many of his fans on his sub-reddit believe that he should just continue to do what he does best, showing offbeat humor while providing a cooking tutorial.

When one of his viewers asked when he will reveal his face, in his subreddit, another fan came forward and stated that the creator of You Suck At Cooking must be enjoying his privacy and is happier to keep things how they are now.

The Unorthodox Style of ‘You Suck at Cooking’ Guy’s Cookery

Although the creator of You Suck At Cooking is yet to disclose any details about himself, the very common fact known about him is that he has a good sense of humor and an unorthodox style of cooking.

In his videos, he does cook food, but in his own twisted way. Also, he flaunts his incredible humor when he does commentary while cooking. His videos’ content mostly consists of kitchen tips for meals, alongside some music videos.

In his long journey, the creator of the You Suck At Cooking YouTube channel has uploaded numerous videos. However, only a few are enlisted in his most popular videos, and those are ‘7 ways to chop an onion (Episode 9)’, ‘Sandwich of Justice (Episode 25)’, and ‘Modified Ramen (Episode 80)’.

On October 15, 2019, the man behind all these also published his own cookbook. The book is titled You Suck at Cooking: The Absurdly Practical Guide to Sucking Slightly Less at Making Food: A Cookbook.

You Suck At Cooking’s Net Worth

Many people might think his cooking videos are just stupid and boring to watch; but, for those who understand humor, You Suck At Cooking’s content is just the best remedy for the high-gloss food social media scene.

With all his popularity, You Suck At Cooking must be generating a healthy amount of income from his YouTube channel, and adding up to his net worth.

He also makes his earnings from his merch that is available on his website, the sales of his cookbook, and several brand promotions.

A post shared by You Suck at Cooking (@yousuckatcooking)

However, much like his identity, the secretive cook has not given any intel on his financial statement.

Tags: You Suck At Cooking,YouTube