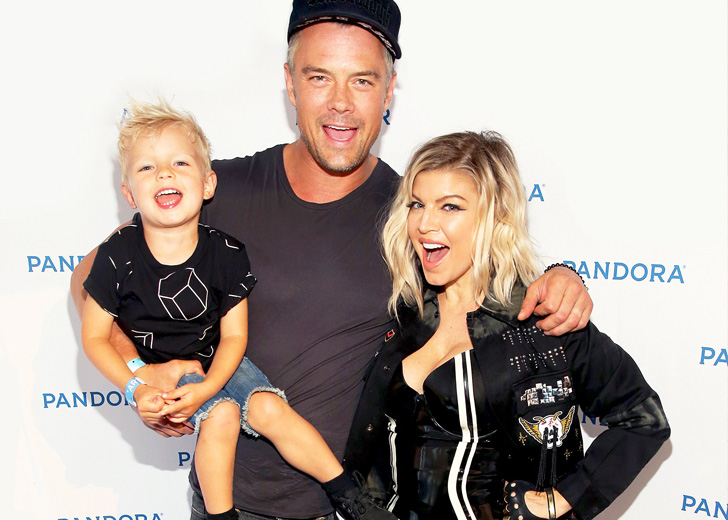 Josh Duhamel has earned quite a limelight for his works as an actor in movies and TV shows. And, while speaking of having a successful career, his singer-songwriter ex-wife Fergie Duhamel’s name cannot be missed.

Together, the couple had a flourishing professional and personal life. But, fate had some other thing in store for them as the two decided to part ways in 2019, ending their decade-long marriage.

Although separated, the duo currently has one thing that still binds them, their adorable son Axl Jack Duhamel.

How Old Is Axl Jack Duhamel? His Age and Birthday

“Happy 7th Birthday #AxlJack. You are my world,” wrote the singer-songwriter in the caption.

Fergie had to go through a C-section during the birth. After the delivery, she was kept in the same V.I.P suite that Kim Kardashian used after North West’s birth.

Axl Jack has always been the star of his parents’ eyes. Although separated, Josh and Fergie have maintained a friendly relationship and co-parented their son in the best way.

As the two have 50-50 custody of their son, Axl Jack has a great bond with both of his parents. Josh and Fergie’s adorable bond with their son is evident via their respective Instagram handles.

For instance, when Axl Jack completed his preschool education, the Jupiter’s Legacy star took the opportunity to congratulate his son via an Instagram post. On August 9, 2019, he shared a picture of his son holding his preschool graduation diploma and captioned it, “Happy Preschool Graduation little man! Thank you for the memories Crestwood!!”

Not only the 7-year-old has completed his preschool, but he has already been making some pocket money on his own. For illustration, on December 3, 2020, during the COVID-19 pandemic period, Josh shared a picture of his son holding a “COVID Free” sign while trying to sell lemonade for $1 per glass.

But, that’s not it as Axl Jack is not only intelligent and business-oriented as he also likes to have a lot of fun, especially during Halloween. Axl Jack loves Halloween, and every year he spends it with his mother.

Going by all the fun and good memories, it seems like Axl Jack is enjoying his childhood, and Josh and Fergie are relishing their parenthood.

The now-divorced couple, Josh and Fergie, first met each other in September 2004 when the singer-songwriter made an appearance in the actor’s comedy-drama series, Las Vegas.

They became friends in no matter of time and eventually began dating. Almost three years after dating, in December 2007, Josh popped the marriage proposal, and they got engaged. On January 10, 2009, the two shared the wedding vows in a very private wedding ceremony held in Malibu, California.

Following the wedding, the newly married couple went to the Maldives and the Bahamas for their romantic honeymoon. Afterward, they settled down in Los Angeles, California.

On August 29, 2013, the celebrity duo welcomed their first and only son, Axl Jack Duhamel, named after singer Axl Rose who came into Fergie’s dream during her pregnancy. Since then, the family of three were relishing the happy moments.

However, the happiness wasn’t meant to last forever as they decided to separate after over eight years of marital relationship in 2017. The news of their separation was announced later, on September 14, 2014.

After almost two years of separation, on June 1, 2019, they filed for divorce. Their divorce was finalized on November 22, 2019, with both of them having 50-50 custody of their son.

Despite the divorce, they have a friendly relationship and have taken care of their son in every way possible.

Presently, John is dating a much younger girlfriend Audra Mari whereas Fergie is reportedly single now.

Actor Simu Liu’s Wiki - Into His Age, Height, Parents, Career, and Net Worth

Who Is DeObia Oparei's Wife? A Look Into 'Loki' Star's Brief Biography