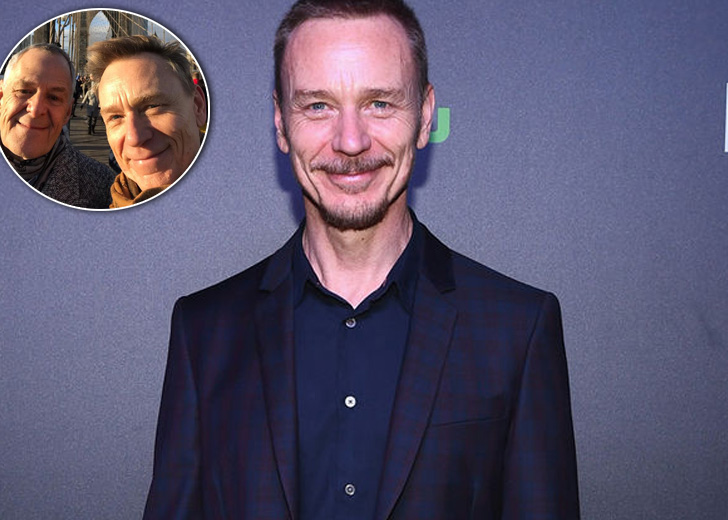 Ben Daniels is a talented English actor renowned for his appearance in movies and television shows like Law and Order: UK, The Exception, Doom, The Exorcist, The Crown, and Flesh And Bone.

Most recently, Ben portrayed the role of Walter Sampson in the Netflix superhero series Jupiter’s Legacy — and his role was appreciated by audiences.

The popularity has also shed some light on his personal life, and people are curious to know more. In fact, the actor has been in a relationship with his gay partner for 28 years i.e., since 1993.

Ben Has Been Dating Actor Ian Gelder for Nearly 3 Decades

Openly gay actor Ben has been in a relationship with actor Ian Gelder for nearly 3 decades. But despite being together for such a long time, the gay partners are yet to get married or make their relationship official, so to say.

The two actors who currently reside in South London first met each other during the production of Joe Orton’s theatre play titled Entertaining Mr. Sloane. Both of them were cast in the play.

Since then, Ben and Ian have lived together and mostly kept their love life a private matter. However, with the evolution of social media, the Jupiter’s Legacy actor has often been seen sharing pictures with his long-time partner on Instagram.

In one instance, Ben took to his Instagram on December 25, 2018, and posted a selfie with the Game of Thrones actor which was snapped at Brooklyn bridge.

“Just strolling to Christmas lunch with the hub. #brooklynbridge #merrychristmas,” he captioned the picture.

Ian Gelder Is Known as Kevan Lannister from ‘Game of Thrones’

Ben’s partner Ian is no random guy. He is one of the veteran English actors who is renowned for his portrayal of Kevan Lannister, the younger brother of Lord Tywin Lannister, in the HBO drama series Game of Thrones.

Besides, Ian has also appeared as Mr. Dekker in the TV show Torchwood: Children of Earth in 2009, Zellin in the medical drama Doctor Who in 2020, and in the two Netflix shows, Ripper Street, and Riviera.

Ben Came Out of the Closet at the Age of 24

The multi award-winning actor was sure of his sexuality when he was a teenager. But one thing he was not sure of was revealiong the truth to his parents.

“I had never actually discussed being gay with my parents, just because we don’t have a very close emotional relationship,” Ben told the Standard UK in June 2004.

He was the only son of his parents with an elder and younger sisters in the family. His father was an engineer at Rolls Royce who later became a grocer, while his mother owned a children’s clothes shop.

One day when one newspaper published a story, revealing that Ben was gay, the first thing Ben did was call his parents to tell them to not but or read the newspaper.

“I had to phone them then, to warn them not to buy the papers, not to get angry, to tell them that not all of it was true,” he added. “It’s your family who get hurt by that stuff.”

But Ben finally decided to come out of the closet at the age of 24. He revealed his sexuality while appearing in an all-star benefit performance of Martin Sherman’s Bent.