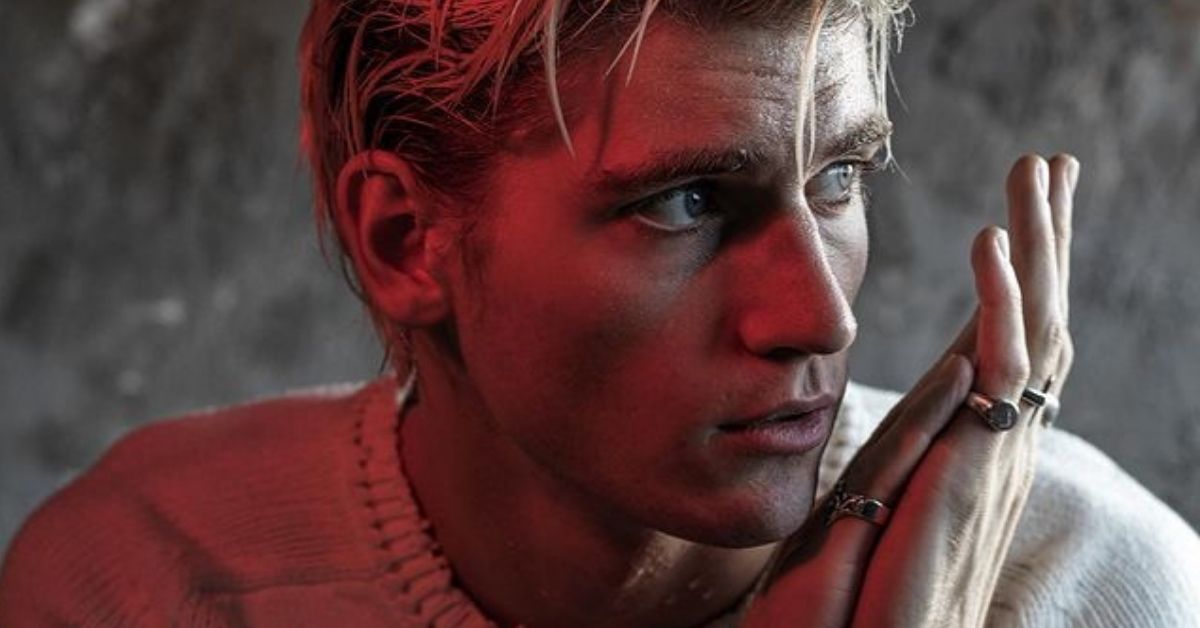 Danny Griffin is an uprising English actor and model who recently appeared in Netflix’s new fantasy action series Fate: The Winx Saga, released on January 22, 2021. In the series, Griffin played Sky, one of the lead characters.

The series is an adaptation of Nickelodeon’s 2004 show, Winx Club. It follows the lead character of Bloom (here played by actress Abigail Cowen), who adjusts to life in the Otherworld, where she must learn to control her dangerous magical powers.

During his childhood, Danny was so much into horse riding, swimming, climbing walls, and other things that he didn’t know acting career was even a thing. However, at the age of 15, when he watched an episode of the popular show Doctor Who he realized that people can study acting and have an acting career too.

Due to that realization, at the age of 17, he moved back to London and began studying acting. While studying, in 2015, he even got the chance to make his stage debut through the much-acclaimed live production of London’s King’s Cross Theatre, The Railway Children.

After appearing in more than 500 shows of The Railway Children, he decided to make a career in movies and TV shows. And, in 2017, he made his television debut as he guest-starred as himself in the TV show, Free Rein.

In the next year, in 2018, Danny made his big-screen debut as he portrayed the role of Maciej in the movie entitled Surviving Christmas with the Relatives. In 2019, he again guest-starred as Hunter Phillips in the BBC’s TV show named So Awkward.

In the same year, he played in his second movie named The Gentlemen, where he played the role of Aslan. In the year 2020, Griffin’s hard work paid out as he portrayed the lead role of Shane in the TV Series, Get Even.

Recently, the British actor witnessed a positive response when his Netflix series ‘Fate: The Winx Saga’ released globally on January 22, 2021. In the six-part action fantasy series, Danny portrayed one of the lead characters of Sky.

Hailing from London, the capital city of the United Kingdom, the aspiring actor was born on July 2, 1997. He goes by the birth name of Daniel Patrick Griffin and the nickname of Danny.

Though born in London, he spent most of his childhood days in Cornwall riding horses. The actor had a love for horses since he was 10 years old, and at the age of 11, he began to ride horses. Till now also, whenever he gets the chance, he never misses riding horses.

Moreover, during his days in Cornwall, Danny used to go to the nearest beach and do surfing and sailing. Likewise, he also liked to climb, so much so, that he even had a free climbing wall in his back garden. Also, he loved to swim and play hockey.

As for his height, the model stands at an average height of 6 feet ½ inches (1.85 meters). Also, his hair color is blonde and his eye color is blue.

People Often Link Him to Another Person

Danny Griffin, the British-born actor’s name is often linked with other people of the same name.

For instance, different people often confuse him as a footballer. The main reason behind it is probably due to the former Major League Soccer’s Northern Irish player, who shares the same name as the actor.

He is even believed to be in the popular British TV show, New Tricks. However, it is false as he is not in the TV show. The reason behind his name being linked to the show is most probably because the show New Tricks has a character named Danny Griffin, which is in fact portrayed by another actor named Nicholas Lyndhurst.