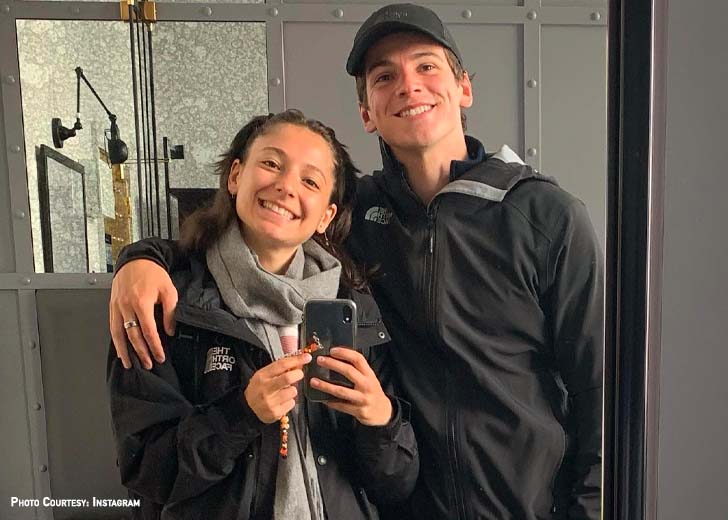 Fate: The Winx Saga is currently one of the most popular Netflix series. It is a live-action adaptation that follows Bloom, played by Abigail Cowen, as she arrives at what can best be described as a magical Alfea School in the Otherworld.

Elisha Applebaum and Jacob Dudman are among many cast members of the current number-one series on Netflix. Fans of the hit series Fate: The Winx Saga are shipping them together.

But are the duo really together in real life? Read along to find more details.

The actress plays the role of Musa, an empathy fairy in the series. Musa is rarely seen without her headphones. Musa, an empath who is hyperaware of other people’s emotions, spends a lot of time separating herself from people, particularly her roommate, Terra.

Despite her best efforts to distance herself, Musa grows increasingly involved with Stella and Terra, particularly once she begins dating Terra’s brother, Sam, who is played by Jacob Dudman.

Sam, an earth fairy, can travel through solid objects like walls. Musa is immediately drawn to him since she cannot interpret his feelings.

Not only on-screen, but the two are also often seen hanging out off-screen as well. Both of them share their pictures together on their Instagram accounts.

Applebaum shared the pictures of the duo hiking together through the mountains of Budapest. While Dudman also shared photos of the two celebrating Halloween together.

All these pictures of them spending time together have fueled rumors that the pair are dating in real life. Also, fans are shipping their relationship and like to see them together.

However, neither Applebaum nor Dudman has confirmed their relationship yet.

Elisha Applebaum is a Jewish actor

Applebaum was born into a Jewish household in Watford, Hertfordshire, England. She attended The Unseen, a London-based part-time acting school.

The actress’s acting career began in 2014 when she starred in an episode of the television series Glue. She appeared in movies including Carly & Paolo, Undercover Hooligan, No Reasons, and Mob Handed.

As of 2022, Elisha will be 27 years old. Applebaum’s father’s name is Stephen, and her mother’s name is unknown, as per The Daily Biography. On average, she stands 5 feet 4 inches tall, and her body weight is 57 kg.

Jacob Dudman was already producing content while studying at the university

Dudman was born on August 22, 1997. He grew up in North Yorkshire and went to Harrogate’s St.CofE Aidan’s High School. The young actor began working with BBC WorldWide while studying Film Production at the University of the Arts in London.

He produced content for Doctor Who: The Fan Show, BBC Classmates, and ‘The Great Curator,‘ written by himself and British comedian Jon Culshaw. They later produced ‘The Solo Jedi,’ both comedy shorts.

Jacob amassed a YouTube audience of over 100,000 followers between studies and commissioned projects. ’40 Impressions Sing Hamilton,’ the most popular video, with over 1.7 million views.

His impressions’ success has led to regular voice acting roles, most notably as the titular character in Doctor Who, The Waringham Chronicles, and Sir Derek Jacobi’s The War Master.

Does Dominick Reyes Have a Wife or Girlfriend? Inside His Personal Life