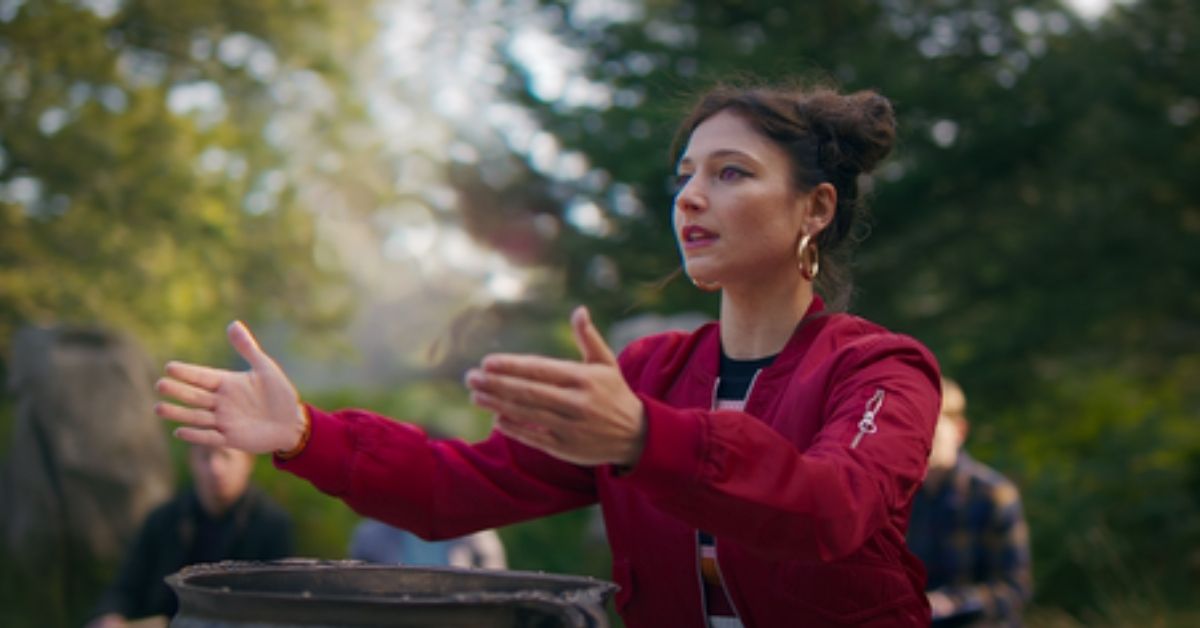 Elisha Applebaum is an aspiring English actress who appears in Netflix’s new fantasy action series Fate: The Winx Saga—the show premiered on January 22, 2021. In the series, Applebaum plays the character of Musa, a fairy of mind.

The series is an adaptation of Nickelodeon’s 2004 show, Winx Club. It follows the character of Bloom (here played by actress Abigail Cowen) who adjusts to life in the Otherworld, where she must learn to control her dangerous magical powers.

Elisha Applebaum was born on September 9, 1995, in Watford, England. Her parents belong to a Jewish family/heritage. She is of British nationality and white ethnicity. She stands tall at the height of 5 feet 4 inches (1.61 meters).

Any information regarding her parents have not yet surfaced, but she has a brother, according to Fandom. Other than that, Applebaum trained at The Unseen, a part-time drama school in London.

Her first picture on her Instagram handle goes way back to April 14, 2014. In the picture, she was seen capturing the moment of her climb to Mont Blanc. However, after that, the actress completely disappeared from Instagram, and only posted her second picture over three years later on September 26, 2017, which was captured in Berlin, Germany.

Since that day, she has been a usual user of the social media site and is usually seen flaunting her travel pictures of different places across nations. For instance, on March 29, 2019, Applebaum shared a beautiful picture of her standing next to the lovely ocean of Cancún, Quintana Roo.

Likewise, on April 9, 2019, she was seen having a fun night at a club in California. Also, on September 18, 2019, she and her fellow girl co-stars of Fate: The Winx Saga were seen dancing and jumping around after their usual filming was done.

Moreover, on November 10, 2019, the actress was seen on the top of the mountain enjoying the drizzling rain alongside her fellow Fate: The Winx Saga’s co-stars Meg, Danny Griffin, Jacob Dudman, and Hannah van der Westhuysen.

Her last post, as of January 26, 2021, on Instagram was on January 13, 2021, in which she posted a less than 10-second clip of her character, Musa, showing her power in the latest Netflix series, Fate: The Winx Saga.

Also Read About: Know Anya Taylor-Joy’s Wiki: Who Is She Dating – Single, Engaged Or Married?

Although Elisha’s journey in the entertainment field is not that long, she has managed to muster a lot of experiences. As of January 2021, her IMDb profile reveals that she has only worked on 7 acting projects.

The Watford native made her debut in the acting showbiz in 2016, as she portrayed a small role of a schoolgirl in the movie, Mob Handed. In the same year, she again played another guest role of a Feral girl in the movie Undercover Hooligan.

In 2017, the actress played her first major role as she portrayed the character of Stacy in the movie entitled Carly & Paolo. In the next year, she played her first short movie, Black Swan Theory, in which she appeared as Hannah King.

Following that, she took a year-long break and made her return in 2020 through another short movie, Leopard, in which she played the role of Rocky. A year later, in 2021, she came back to the big-screens as she portrayed the role of Jodie in the movie named No Reasons.

On January 22, 2021, Elisha made her grand debut in the television sector as she appeared in Netflix’s TV series Fate: The Winx Saga. In the six-part action-fantasy series, the English actress portrays one of the lead characters of Musa, a fairy of mind.

As of now, she is relishing all the positive feedback and reviews that she and her fellow co-stars are receiving for their performance in Fate: The Winx Saga.