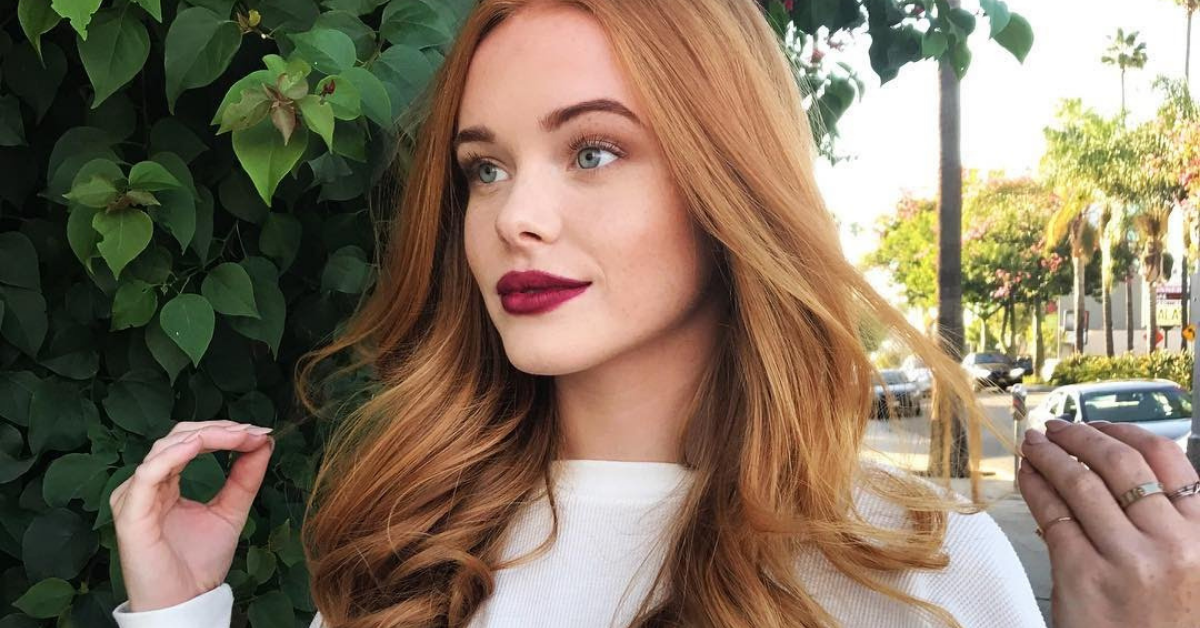 Abigail Cowen is a renowned actress and model who was last seen in Netflix’s fantasy action series Fate: The Winx Saga — premiered on January 22, 2021. In the series, Abigail played the lead character of Bloom Peters.

The series is an adaptation of Nickelodeon’s 2004 show, Winx Club. It follows Cowen’s character of Bloom, who adjusts to life in the Otherworld, where she must learn to control her dangerous magical powers.

Hailing from the suburbs of Gainesville, Florida, the American actress Abigail Cowen was born on March 18, 1998. Her ethnicity is white, and her zodiac sign is Pisces.

She is the daughter of Andrew Cowen (father) and Leslie ‘Lemasters’ Cowen (mother). She also has a brother named Dawson Cowen.

As for her education, Abigail first enrolled at Oviedo High School in Oviedo, Florida. Following her graduation in 2016, she attended the University of Florida in Gainesville for a degree in public relations.

Furthermore, her hair color is Red, and her eye color is Blue.

Who Is Abigail Cowen Dating?

The uprising actress had previously been very quiet when it came to her personal life. However, the same cannot be said now as she has finally spilled the beans on whom she is dating.

Cowen is currently in a relationship with her fellow Fate: The Winx Saga co-star Danny Griffin. Their relationship was confirmed less than a day ago, on October 2, 2021, when the actress shared a couple-y picture alongside Griffin via her Instagram handle.

“Neat!!,” Cowen had captioned the picture. Many people were exicted as well as shocked to see the news as they took to the comment section and conveyed their well-wishes.

Griffin had also shared a single picture on Instagram and a short clip of him in a swimming pool on his Instagram story around the same time. In both of that, he had tagged Cowen as well as mentioned the place they were staying in — The Europe Hotel & Resort, a hotel resort in Ireland.

Before the news of their togetherness came out, there were no reports of their love life as they had been very secret about it. However, there was once a rumor that Cowen was dating her Chilling Adventures of Sabrina co-star, Ross Lynch.

Abbey Cowen! His costar in Chilling Adventures of Sabrina. They've been hanging out with his group of friends in LA (aka off set) the past 2 weeks and he's been offline a lot more than usual + stopped liking pics of random girls ever since last week so its all a little 👀

Nonetheless, the speculations turned out to be false as Ross Lynch is in a romantic relationship with a fellow actress named Jazz Sinclair.

The Gainesville, Florida native actress had a thing for acting from a young age. When she told her mother, Leslie, about her interest, then she eventually signed up Abigail for acting classes.

Later, when she completed her studies at the University of Florida, she and her family moved to Los Angeles, California, to pursue her dream of acting. After some period of struggling, in 2014, Cowen finally made her television debut through the TV series Red Band Society, where she played the character of Brooklyn.

However, after her debut, her appearance only came after three long years, in 2017, when she portrayed Vicki Charmichael in the hit TV show Stranger Things. In the same year, she also played the role of Mia Tanner in Wisdom of the Crowd (TV Series).

Abigail’s breakthrough role came in 2018, when she was selected to portray Dorcas’s role in the popular TV Series, Chilling Adventures of Sabrina, alongside other cast members such as Kiernan Shipka, Ross Lynch, Michelle Gomez, and Chance Perdomo.

Her other acting credits include the 2018’s TV series The Fosters (as Eliza Hunter) and 2019’s TV Mini-Series The Power Couple (as Ricochet). Cowen’s rising success also provided her the stage to make her big-screen debut in 2020 as she played the role of Adrienne in the movie entitled I Still Believe.

She recently appeared in Netflix series Fate: The Winx Saga on January 22, 2021. In the series, she plays the lead role of Bloom.