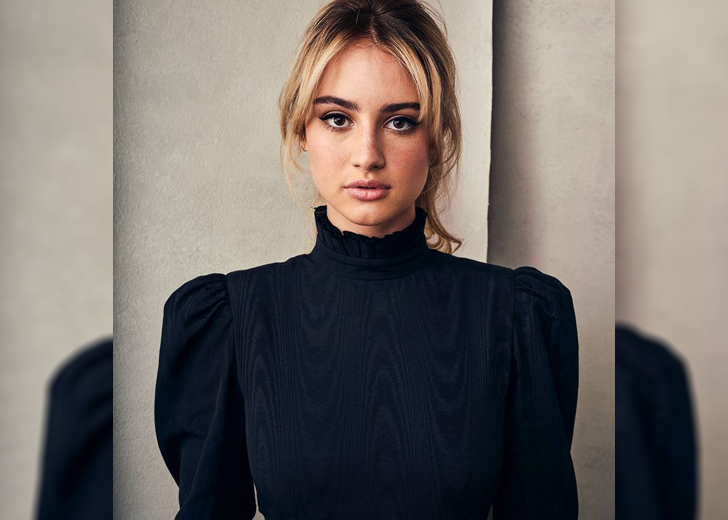 Grace Van Patten is a young American actress who was recently on the spotlight for her role as Zoe Marconi in the TV mini-series titled Nine Perfect Strangers. The show aired on August 18, 2021.

Here are five facts you need to know about Grace Van Patten!

The Violent Heart star celebrates her birthday on the 21st of November every year. As she was born in the year 1996, her current age is 24. As per her date of birth, her zodiac sign is Scorpio.

2. Grace Van Patten Is the Daughter of a Director

Her body measurements are 34-26-34 inches. Additionally, her eye color is Brown, and her hair color is Blonde.

4. Grace Van Patten Is in a Relationship

The actress is in a romantic relationship with a fellow American actor and singer named Nat Wolff. The two performers have been dating each other since late 2017.

The duo has been quite open on their togetherness in the past, as they were seen multiple times making public appearances. Besides, they also used to share a number of pictures alongside each other through their respective Instagram handles.

However, in recent times, the couple’s public appearances, as well as their appearances in each other’s Instagram gallery, have reduced, making people wonder if they have split. Well, currently, there is no news of Patten and Wolff separating.

Furthermore, their pictures on each other’s Instagram handle is still there. Perhaps, they are working on keeping their togetherness low-key than before.

Patten made her acting debut in 2006, playing the role of Ally Pontecorvo in the show, The Sopranos. After that, she took a break to focus on other things and complete her education. She made her return in 2013 through a brief role in Law & Order: Special Victims Unit.

In 2020, she only appeared in one acting gig, The Violent Heart. This year, in 2021, she first played the role of Zoe Marconi in Nine Perfect Strangers. Soon, she will be seen as Ana in Mayday when it releases on October 1, 2021.

Furthermore, she has an upcoming TV series titled Tell Me Lies, which is currently pre-production. In it, she will play the role of Lucy Albright.

With a short yet successful career, it must be sure that Patten has been earning well. So, how much is her net worth? Grace Van Patten reportedly has a net worth of around $1 million – $2 million.