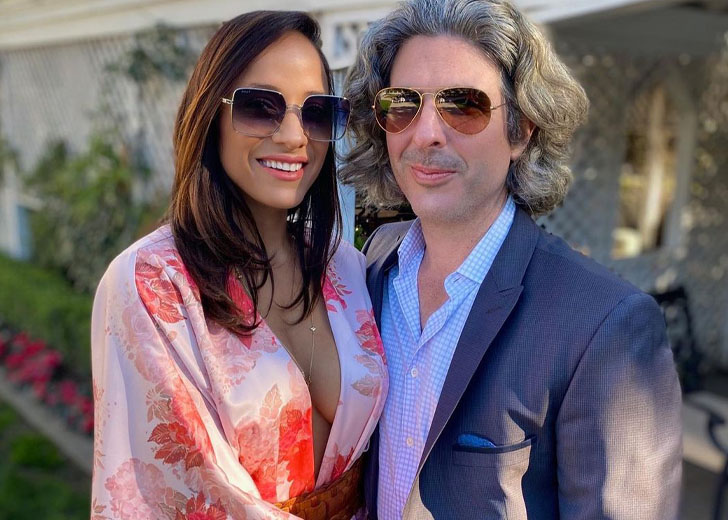 Dania Ramirez is a Latin-American actress renowned for her appearance in movies and TV shows like Heroes, Entourage, The Sopranos, X-Men: The Last Stand, and Devious Maids.

Most recently, she garnered positive attention for her amazing portrayal of Aimme in the Netflix TV series, Sweet Tooth. The drama series follows Gus, a half-human/half-animal hybrid, in a post-apocalyptic world while he seeks his mother.

As for Ramirez’s character, she was once a therapist who later created a safe place for different hybrid children and took care of them called The Preserve, before it was taken over by General Abbott, the antagonist.

Dania Ramirez Has Been Married since 2013

The 41-year-old actress is in a blissful marital relationship with her husband, John Beverly Amos Land, mainly known as Bev Land. He is a director/writer.

The married duo first met each other in mid-2010 through a mutual friend. It was love at first sight for them.

Land took the first step and invited Ramirez and their mutual friend for dinner.

As time passed, their meetings became frequent and eventually they confessed their feeling for each other. In September 2011, they got engaged. However, the news of their engagement was announced almost 4 months later, in January 2012.

After the engagement announcement, the actress told told Latina, “The love of my life found me! That’s how he would say it anyway since he claims he was attracted to my energy before I even turned around.”

Over a year after being engaged, on February 16, 2013, the two shared the wedding vows on the beach in Punta Cana, Dominican Republic. “It was magical,” Ramirez tweeted describing her wedding on February 19.

Ever since then, the husband-wife duo has always been together, in every circumstance. They also usually take their time to share a lovely post on their anniversary.

For instance, on the occasion of their 8th wedding anniversary in 2020, Ramirez posted a picture alongside her partner and expressed how she feels about him through the caption.

The duo also likes to share pictures from their vacations and feature each other on their respective Instagram handle.

On September 17, 2020, Land posted a cute selfie of himself alongside his wife and captioned it writing, “#tbt #missingmywife #mybestfriend #myeverything”

She Is the Mother to Twins

Ramirez and Land are not only happily married couples, but they are also the parents of twin children, a daughter named Gaia Jissel Ramirez Land and a son named John Aether Ramirez Land.

The twins were born on December 17, 2013. They are the apple of their parent’s eye and are frequently seen on Ramirez and Land’s Instagram handles.

For instance, on the occasion of their children’s 7th birthday, Land shared a video where Dania surprised her kids after returning home from her work after a long time.

On May 22, 2021, the actress posted a picture of her twins and captioned it writing, “Forever partners in life! @mygaiaaether #twinkies”

Both Ramirez and Land Were in Different Relationships in the Past

Before they developed an unbreaking bond with each other, Ramirez and Land were previously in a relationship with another person.

In the past, the Jumanji: The Next Level actress was dating Soul Plane movie’s director, Jessy Terrero. They dated for a while before getting engaged. But, they eventually parted ways in 2008.

As for Land, he dated American actress-singer Sharon Leal. On September 13, 2001, they welcomed a son named Kai Miles Land. One month later, the two walked down the aisle.

However, their bond wasn’t meant to last forever as they divorced after 8 years of marriage in 2009.