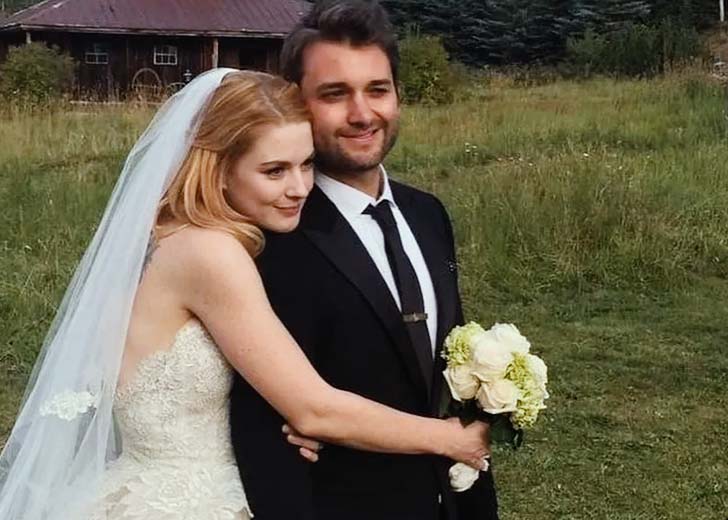 Alexandra Breckenridge is the star of the television series Virgin River. In the series, she plays the role of Melinda Monroe, a nurse practitioner and midwife who recently moved to the Virgin River from Los Angeles.

Moreover, the American actress, who began her career as a supporting actress in the teen comedy films like Big Fat Liar and She’s the Man, has also appeared as Willa McPherson, a reporter, in the FX series Dirt and in the short-lived series The Ex List.

Breckenridge has further portrayed a young Moira O’Hara in the first season of FX’s American Horror Story and Kaylee in the third season.

The actress is a married woman. She tied the knot with guitarist Casey Hooper in September 2015.

The couple met at a Grammys after-party while living in California in 2012. At the time, she was pursuing her acting career at the time, landing roles in shows such as American Horror Story and The Walking Dead.

On the other hand, Casey was wrapping up a world tour with pop star Katy Perry.

They hit it off right away and subsequently made their relationship public in June 2012 by packing on the PDA at red carpet premieres for the comedy Ted and documentary Katy Perry: Part of Me.

They became engaged in late 2014 after dating for two years. The following year, they married in a small ceremony in a Colorado field in front of a few of their closest friends and family.

In 2016, a year after their wedding, they welcomed their first child, Jack, and 15 months later, their daughter Billie. The four-person family soon left the City of Angels for a quieter life in the Atlanta suburbs.

Breckenridge and Hooper appear to be content with their lives in Georgia and being able to work on various projects close to home.

Additionally, in 2019, Breckenridge told Atlanta Magazine that the “rural areas of Georgia have an amazing sense of community we were lacking in L.A.”

“We wanted our children to grow up in a place where they could play and ride their bikes that didn’t feel like a big city,” she added.”

A 2022 report from Good Housekeeping revealed that the couple is still happily married and is enjoying their marriage along with their two children.

As stated earlier, Breckenridge’s husband Hooper is a guitarist. He plays in the band SurfMaster and appeared in Katy Perry’s documentary Katy Perry: Part of Me.

His musical career began at a young age, immediately after he finished high school in 2005. The guitarist auditioned for various bands and singers and performed on stage.

He was eventually hired as Katy Perry’s lead guitarist in 2010 after many auditions.

He also auditioned for various artists such as Selena Gomez, Adam Lambert, and Avril Lavigne. However, he was not chosen for any of them.