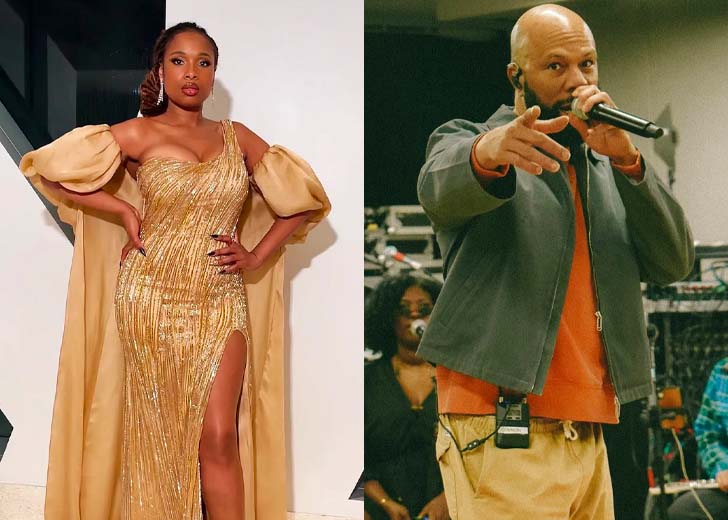 It seems like Jennifer Hudson is dating the famous rapper Common. Recently, many pictures of the two have been floating around on the internet, making netizens believe the pair is together.

It has been around seven months since Common parted ways with Tiffany Haddish. Now, it seems like he is ready to move on and start dating other people.

And pictures online point toward him dating Hudson.

Hudson and Common are currently filming a futuristic movie called Breathe. Since then, the duo has been seen hanging out together.

However, in July 2022, Deuxmoi reported that the pair were allegedly getting cozy with one another. A person sent an anonymous picture to them, claiming to be dining at the same restaurant.

The eyewitness said they were sitting a few tables away from the celebrities at Vedge restaurant in Philadelphia. They saw the couple get  “cozy and flirty,” and they were “cuddling and giggling.”

The pictures submitted showed Hudson and Common enjoying their time together. They seemed pleased to be in each other’s company as they smiled wide and looked happy.

Then, on August 1, 2022, another person submitted an anonymous tip to Deuxmoi with a picture of Hudson and Common riding a bike.

The person claimed that celebrities enjoyed a bike ride at Logan Square in Philadelphia. Hudson and Common were behind the anonymous person and her husband.

She recognized Common’s voice, and when she stopped beside the Breathe stars, she and her husband waved at them and told them they were fans.

Since many pictures have shown Hudson and Common enjoying time together, a lot of people believe the pair are dating. But the duo has not confirmed their relationship yet.

Haddish, on the other hand, has a few things to say to her former boyfriend. She posted a meme on July 26, 2022, with an older man sitting in a wheelchair.

The picture’s caption said, “Men be like I’m finally ready to settle down and be in a relationship.”  Haddish also gave her comment that said, “That’s why I hang at Adult Daycares for fun! I know I will find a real one in there.”

But Haddish did not explicitly say if she was roasting her former boyfriend or not.

As said before, Common and Haddish were in a  relationship.

After meeting on the set of the movie The Kitchen, Common and Haddish revealed their relationship in August 2020. The comedian previously claimed that she first declined Common’s advances before deciding to go on a date.

The two dated for over a year before Common called it quits with the comedian in November 2021.

But in December 2021, Haddish said she missed her former partner in an interview with FOX SOUL’s Hollywood Unlocked Uncensored with Jason Lee.

However, she said she was okay and “it’s cool.”

On the other hand, Hudson was married to her ex-husband David Otunga from 2008 to 2017. Since then, little to no information about her dating life has been revealed.