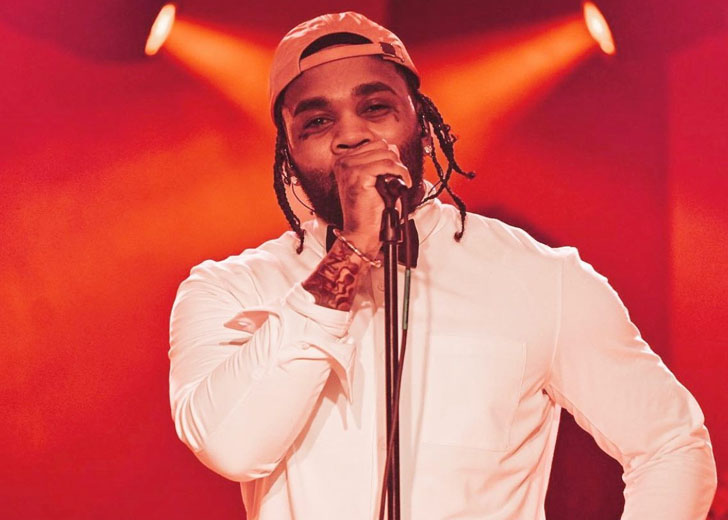 Does the rapper only have two children?

American rapper Kevin Gates has gone through several ups and downs throughout his life. And in most of those circumstances, his present wife Dreka Gates – sometimes known by her maiden name Dreka Haynes – was there by his side.

Today, the happily married couple has been together for more than 18 years. Among that 18 years, the two have spent over six years as a legally married couple. But, do Kevin and Dreka have welcomed kids in their time together? Find out!

How many kids does Kevin Gates have?

As far as the media and public know, Kevin shares two beautiful children with his longtime wife. Both of the couple’s children were born before they got married.

Kevin became a father for the first time on November 30, 2012, when Dreka gave birth to their first kid, a daughter named Islah Koren Gates. Their daughter was born under the zodiac sign Sagittarius.

Less than two years later, the duo welcomed their second child, a son named Khaza Kamil Gates, on May 10, 2014. He was born under the zodiac sign Taurus.

Both of the couple’s kids were born naturally and had a home birth. They were not born in the hospital – born in the water. In an interview with The Source, Dreka said that she almost died “being under the care of hospital doctors” in the past. She also said that her kids have never been vaccinated.

Kevin loves both of his children very much. Besides, he has even dedicated several of his songs to his kids. For instance, he had named his debut studio album after his daughter – the album reached #2 on the US Billboard 200.

In December 2019, there were rumors that Kevin and Dreka were expecting their third child. The speculations started after the rapper shared a video where he was seen kissing his wife’s tummy and said, “something in the slow cooker.”

The video made people guess that Dreka was pregnant with her third child. However, those rumors turned out to be false. In an interview with Complex, the rapper clarified the meaning behind that video.

Kevin Gates with his wife, Dreka Gates, and their two kids (Photo: Instagram)

He said, “That shows you how the internet is. She doesn’t have a bun in the oven. She’s got something in the slow cooker. She drank a lot of water and her stomach was sticking out.”

Despite turning down those rumors, the couple further said, in the same interview, that they could see having more children into their family once they move out to a farm.

Although Kevin and Dreka weren’t expecting their third child in late 2019, that doesn’t mean Kevin doesn’t have other children. At the start of the topic, we had written the line “As far as the media and public know.”

It means that the media and public only know that the New Orleans, Louisiana native rapper has welcomed two children with his present wife.

Kevin talked about several things in an exclusive interview with Complex on March 1, 2013, including his friends and family. While talking about that, he mentioned that he has some children and is very close with them.

Point to be noted that he only had one child – his daughter – at the time with his wife, Dreka. The rapper continued and said, “I lay in the bed with them, hold them, love on them. It really doesn’t make sense to say [how many kids I have].”

“Not in a bad way, but it’s not like the public will ever get to see my children, and if they do see them, they aren’t going to know they’re mine,” Kevin added.

Thus, these statement coming straight from Kevin confirms that he might have the presence of more children in his life, apart from the two he shares with Dreka. However, until he decides to disclose their identities, we will never find out about them.

A brief look at Kevin Gates and Dreka Gates’ relationship

Kevin and Dreka first knew each other around 2002 while they were young. However, they didn’t start dating immediately.

Dreka helped her future husband in most things, including researching so that the now-successful rapper could pursue a career in rap.

In 2006, Kevin started dating an unidentified woman – not Dreka – and after being in a relationship for three months, he found out via his grandmother that they were related. In fact, the girl was his cousin.

Nonetheless, he still saw her and had a physical relationship with her. In 2015, he said, “Why [expletive] up a good thing? But I ain’t about to stop [expletive] with her. [expletive], the [expletive] good and we click.”

Two years later, they finally ended their relationship – but it’s reported they still remain friends. Sometime after that, Kevin and Dreka’s togetherness as a couple officially started — though the exact timeframe isn’t known.

After being together for years, on October 17, 2015, the couple decided to walk down the aisle and share the wedding vows. Since then, the married duo has always been together and by each other’s side in every circumstance.

In their years-long relationship, there have been several rumors that would eventually affect the two’s togetherness. One of that includes cheating rumors. Nonetheless, Dreka has stood firm with her husband.

As of now, she is not only known as the wife of a renowned rapper but also as Kevin’s booking manager and co-founder of Bread Winner’s Association record label. She has also become an internet personality of her own, with over 2.8 million followers on her Instagram handle.

As for Kevin, he has nothing but praises for his lovely wife. In early 2020, he told Everyday Struggle, “I’m gonna be honest with y’all, I wouldn’t be where I’m at life if it wasn’t for this woman [Dreka]. She has built me. Without a strong woman in your corner, a man lacks stability. He’s handicapped.”

Kevin and Dreka will be celebrating their seventh wedding anniversary in the upcoming October.