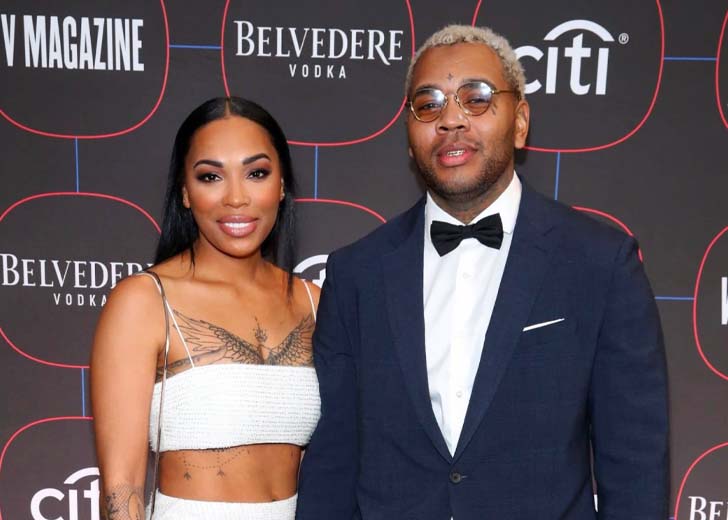 Trouble in paradise for the Gates!

Only a handful of couples in the entertainment industry have been together for a long time, and Kevin Gates and his wife, Dreka Gates, are one of them.

So, what are the couple up to now? Are they still married, or have they parted ways?

Is Dreka and Kevin still together 2022?

Nearly two decades ago, Kevin and his wife, Dreka, started dating. In October 2020, Dreka posted a picture with her husband on their anniversary.

After dating for 12 years, the pair got married in 2015. They have two children together, Khaza Kamil Gates and Islah Koren Gates.

But recently, it seems like there is trouble in paradise. The rumors of Kevin parting with his wife emerged after he released his song, ‘Super General.’

Kevin Gates has been married to his wife, Dreka Gates, for 7 years. (Source: Instagram)

There he suggested that Dreka cheated on him and that there have recently been some issues in their relationship. He rapped about how there was tension in his marriage, and he was focusing on his children.

He then went on to say how he took the blame in interviews to protect the image of his wife.

He rapped, “Went home to sleep, deep down, there’s tension when you knowin’ that somethin’ missin’ / Suck it up, put all my energy back in Islah and lil’ Killa / Took the blame in interviews and made it look like I was trippin’ / Made the Dreka song lie to the world while tryna protect her image.”

He then hinted that Dreka cheated on him with a personal trainer. “Personal trainer invaded my personal space / Deep down inside it killed me,” he sang.

“Tell me you love me, I say it back / Back in my mind, I’m indifferent / Brought this infiltrator to the farm / Hurt my heart, what am I missin,” were the other lyrics which suggested that Kevin was hurting because of his spouse.

Additionally, he and Love & Hip Hop star Jojo Zarur were seen hanging out, which caused some fans to believe they were dating. Moreover, Zarur is included in the song’s music video, making fans think that what Kevin said about Dreka in ‘Super General’ was true.

On June 23, 2022, videos of Kevin and Dreka having a meet and greet for his most recent album, Khaza, appeared online. Whether Dreka still serves as her husband’s agent for bookings is unknown, but they were happy to be there with their kids at their sides.

Similarly, in July 2022, Dreka posted a video on Instagram Stories of herself mouthing along to the words of Kevin’s song Scars.

Neither Kevin nor his wife has made any statement regarding their relationship. As a result, whether the pair are still married or have parted ways is unknown.