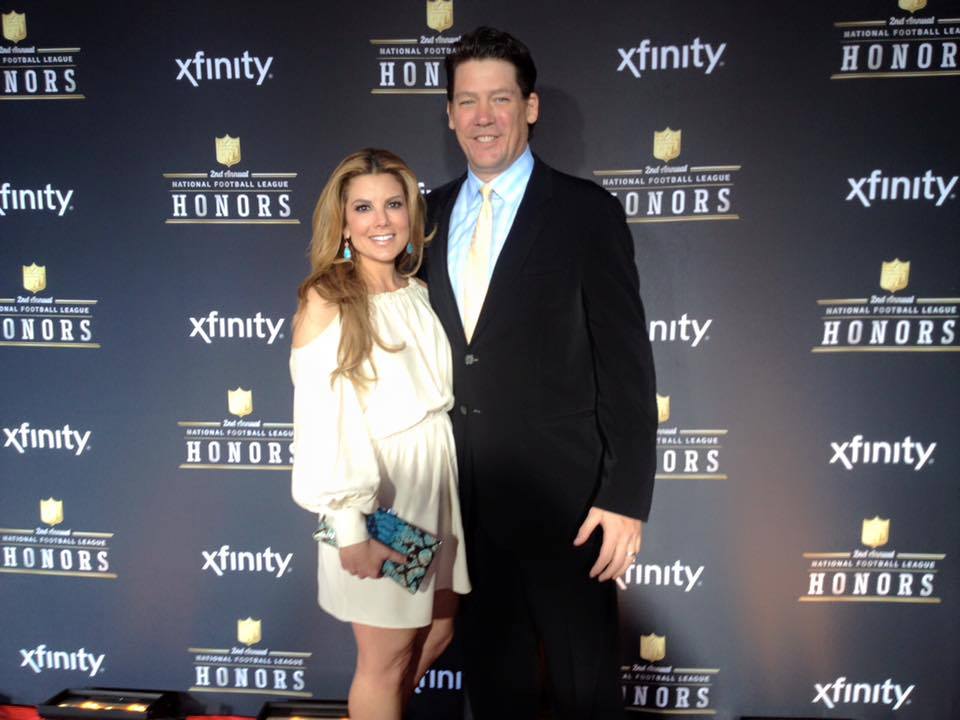 Liz Habib has been married to her husband Charlie Whittaker for a decade!

Liz Habib is winning in both her personal and professional life.

Sports traditionally were considered male sports, and usually, the ones who report on them are also male. However, Habib has broken the stereotype and has become people’s favorite sportscaster.

However, the person who has been able to steal her heart is none other than her husband, Charlie Whittaker.

Liz Habib and her married life with her husband

Habib often keeps her personal life private, including her love life. So, it is unknown when the pair started dating or fell in love.

However, it is reported that the pair got married on October 20, 2012. Habib allegedly shared the news of her marriage and husband on her Twitter.

The pair’s marriage does not have a social media presence, and Habib rarely shares glimpses of her husband on social media. In the past decade, she has only done it a handful of times.

For instance, in July 2014, she posted a picture of Whittaker on Twitter and wished him a happy birthday. Similarly, she did the same in July 2016, but this time, she wished her husband on Facebook.

She uploaded a picture of the two and gushed about her love for her partner in the captions. She wrote, “Happy Birthday to my #1 guy- my husband Charlie Whittaker! Love you baby!!!”

Liz Habib has been married to her husband, Charlie Whittaker, for 10 years. (Source: Facebook)

The pair have been married for a decade but do not have any children. However, they have two dogs —  Wiley and Teddy.

Other than this, there is no information about Habib and Whittaker’s married life.

Habib, born on December 28, 1967, in Pittsburgh, comes from a large family that includes 15 nieces and nephews, six brothers, and a sister. She is the immigrant’s daughter from Slovakia, and she and her parents are close.

Looking at her social media, it seems like the reporter used to be close with her father. She shared a photo of herself and her father on June 18, 2017, her father’s birthday, to show his importance to her.

Since then, she has posted various pictures with her father, appreciating him and his love for her. Unfortunately, he passed away in January 2021.

Habib shared the news with her fans and followers on Instagram alongside a picture of the father-daughter duo dancing at Habib’s wedding. It is reported that Habib’s dad used to be a collegiate swimmer.

Liz grew up with a strong interest in athletics, which influenced her decision to pursue a degree in higher education. It’s possible that this was due to her father’s prior experience as a collegiate swimmer.

After graduating from St. Francis Academy in Pittsburgh, she enrolled in the University of Pittsburgh. There she studied journalism and English before earning a bachelor’s degree.

She started her career as a journalist with KTVK in Phoenix after graduating, where she served as a news anchor. Later, she worked as a reporter and an anchor for the Cleveland-based television station WKYC.

She also served as an anchor for WTOV in Steubenville during her early career. Her early professional stint as a journalist finally brought her to KTTV Fox, where she has worked as a sports anchor since 2005.

She has contributed to several programs, including the post-game college shows, Fox 11 Overtime NFL, and Fox 11 Extra Inning. Similarly, she reports on the Los Angeles Dodgers and the Los Angeles Angels and her duty as a channel sports journalist.

She has gained comprehensive knowledge of all Los Angeles sports, including baseball, basketball (via the LA Lakers and Clippers), hockey (through the LA Kings and Anaheim Ducks), and soccer (through the LA Galaxy).

The Latest PDF to Word Method in 2022

Everything To Know About 'Bachelor In Paradise' Star Brandon Jones 

Posted on December 7, 2022December 7, 2022
For the most of her life, Valkyrae has been paired with fellow YouTuber Sykkuno, and lately, she opened up about their connection.
Read More