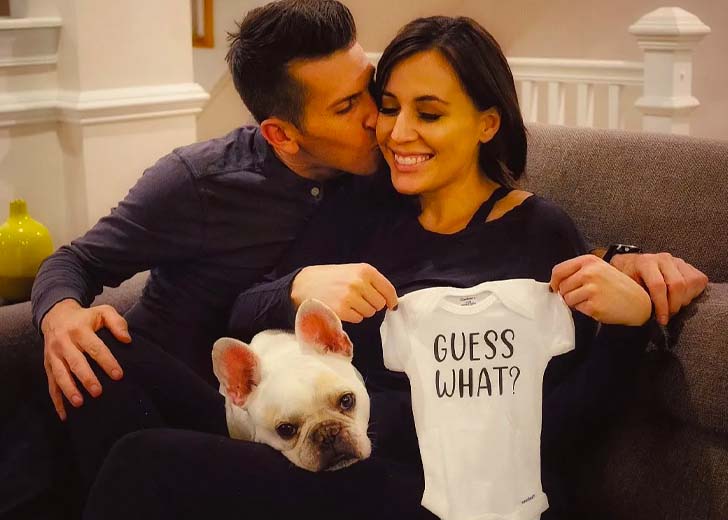 Hallie Jackson and Frank Throp are not married yet.

Hallie Marie Jackson, commonly known as Hallie Jackson, is a Senior Washington correspondent for NBC News, an anchor for both its cable and streaming divisions, MSNBC and NBC News Now, and a fill-in anchor for Today.

She was born on April 29, 1984, in Yardley, Pennsylvania, and raised there as well. After graduating as Phi Beta Kappa, she received her B.A. in political science from Johns Hopkins University in 2006.

Jackson rose to popularity through her work as a journalist. She started her career at WBOC-TV in Maryland in 2006 and worked her way up till she was recruited by NBC News in 2014. She covered Ted Cruz’s (II) campaign for the Republican presidential nomination.

Apart from her career and being a common household name in America, she is a proud mom of one. Learn more about her ex-husband, partner, and child here.

Hallie Jackson and partner Frank Throp raise their child together

Jackson is a proud mom of her two-year-old daughter, Monroe Jackson Thorp.

Jackson has had a romantic relationship with NBC News producer and off-air reporter Frank Thorp since early 2019. There’s no doubt the two met on the set of NBC as co-workers.

She and her partner Thorp had their daughter on March 9, 2020. They first shared the news of the baby’s arrival on November 17, 2019, during a Sunday Mail segment with Sunday TODAY host Willie Geist.

The correspondent stated that she and her partner Thorp were excited and showed a picture of the couple holding a onesie with the words “Guess what?” written across it. The picture was later shared on her Instagram, too.

Sometime later, she eventually confirmed the birth of the couple’s first child via Today and Instagram. She shared that the baby arrived a few weeks early than expected, due in early April — but the 5-pound, 9-ounce bundle of joy, was born healthy.

“While we were not expecting the child of two journalists to arrive 3 1/2 weeks ahead of her deadline, Ro clearly saw no need to wait any longer,” she wrote on Instagram.

That being said, Jackson and Throp are not yet married, but they are raising their daughter together.

Hallie Jackson was once married to her college sweetheart Doug Hitchner

The NBC reporter was formerly married to Doug Hitchner, a former colleague who later became her lover. They both went to Johns Hopkins University and had a long-term relationship before tying the knot.

According to reports, the former couple married in 2011 before their close friends and family. Jackson was very private about her love life.

She nevertheless maintained her secrecy over her marriage to Hitchner. Therefore, it is unknown when and why the two college sweethearts divorced.