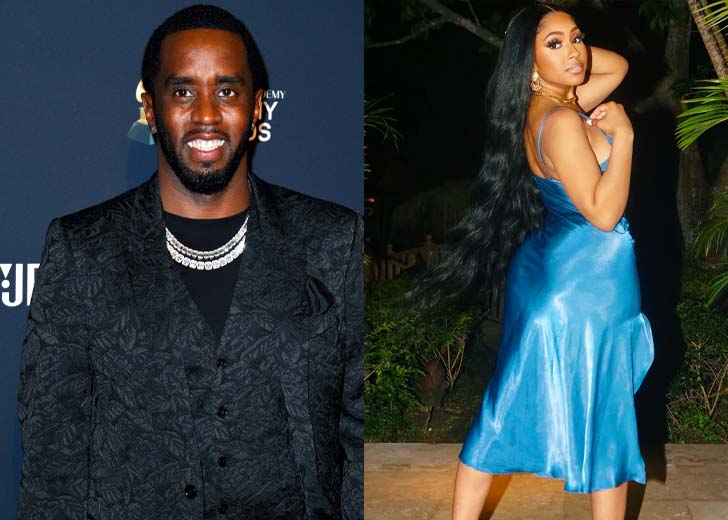 Sean ‘Diddy’ Combs and girlfriend Yung Miami have been dating for quite some time.

Age is just a number to Sean ‘Diddy’ Combs and his new girlfriend, Yung Miami, one half of the rap duo City Girls.

Diddy, 52, and Miami, 28, are dating. In fact, the pair have been together for a while. They revealed the truth about their relationship on Miami’s new show, Caresha Please.

Diddy and Yung Miami are dating

Among all the things the two acclaimed musicians talked about, their dating caught most people’s attention. Diddy hinted that Miami was his girlfriend after the two consumed a couple of rounds of drinks.

Initially, he hinted that he wanted to travel with Miami and was looking forward to taking her to Mexico. Miami was taken aback by his travel plans and said, “We going to Mexico?”

Diddy then gave mixed signals saying, “I’m single … but I’m dating. I’m just taking my time with life.” Miami then restructured her question and asked, “Alright. So what we is?” hinting that the pair had been dating.

After being pushed to answer, The Bad Boy Records founder confirmed that Miami was his girlfriend and said the pair were dating.

He said, “We date. We’re dating. We go have dates, and we’re friends. We go to exotic locations, we have great times, we go to strip clubs, church.”

Miami seemed happy with the answer and asked her boyfriend what he liked the most about her. Diddy did not hesitate to answer that he admired how authentic and real she was.

He admitted, “You’re authentic, you’re one of the realest people I’ve ever met … you’re a great mother and a great friend. And we just have a good time, you know?”

Sean ‘Diddy’ Combs and Yung Miami confirmed that they were dating on the latter’s podcast. (Source: Instagram)

The pair were first linked together in June 2021. It was reported by Page Six on August 4, 2021, that Diddy and Miami were seen holding hands at the birthday party for Pierre “Pee” Thomas, the CEO of Control Music.

A source for the tabloid said that Diddy was “known for dating young beautiful women.”

On the other hand, they reported that Miami’s, or City Girls as a whole, mantra was “to only date men with money or it is just a waste of your time.”

Page Six reported, “Caresha has her own money, but she wants someone to ‘match her fly’ and treat her to the lifestyle that she has become accustomed to. So a boss like Diddy is a perfect fit.”

Diddy has an elaborate dating history. However, he has not been married and does not have a wife.

Here is everyone who the music mogul has dated, according to Who’s Dated Who.