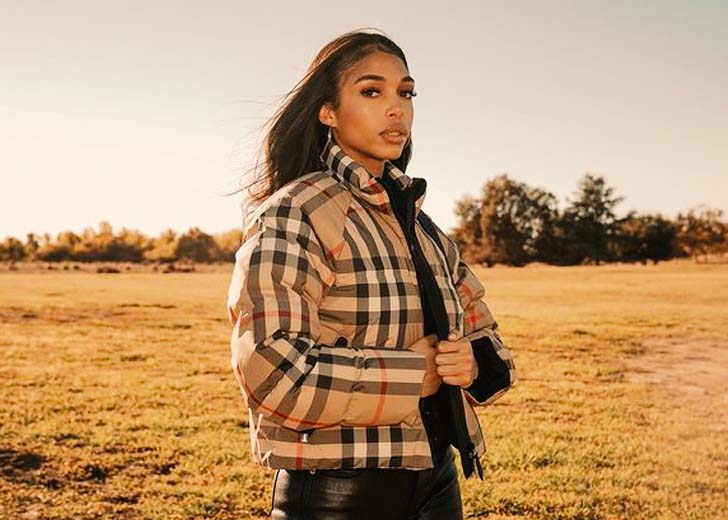 Lori Harvey is a renowned American model and entrepreneur. As a model, she has worked with some world-famous brands like Dolce & Gabbana, Calvin Klein, Chanel, and more. In addition, in 2018 she starred in the Pat McGrath Lab beauty campaign.

As for her entrepreneur career, she is the founder of a skincare company named SKN by LH — founded in 2021. As per the company’s website, the products are made in the USA, vegan, and no animals were harmed in making their products.

How old is Lori Harvey?

Born in 1997, in Memphis, Tennessee, Harvey is presently 25 years of age. She celebrates her birthday on the 13th of January every year. Her zodiac sign is Capricorn.

Less than a week ago, the model celebrated her 25th birthday. On her special day, some of her close friends surprised her with an early birthday celebration. She later shared some moments from that celebration via Instagram.

On that same day, she had shared two posts that contained several pictures from her birthday photoshoot. One of the post’s caption read, “25. #HappyBirthdayToMe.”

Her present boyfriend, Michael B. Jordan, had also wished her on her special day. He had posted a short clip of them and their friends playing football in a beach. “Happy B-Day to my turtle. My favorite Patna [partner] in crime,” he captioned his post.

Many have been asking if Lori is the daughter of renowned American television presenter, Steve Harvey. To answer that, Lori is Steve’s daughter, however, she is not his biological daughter.

To clear things up, she is Steve’s step-daughter whom he later adopted. Speaking of Lori’s biological parents, her mother’s name is Marjorie Harvey (née Bridges). As per reports, her biological father’s name is Donnell Woods.

Marjorie tied the knots with Steve in June 2007, and the TV presenter adopted Lori and her two biological siblings — Morgan and Jason. Before her marriage with Steve, she was married to a man named Jim Townsend.

Similarly, before Steve married Marjorie, he was in two former marital relationships. First, he was married to Marcia Harvey ​(1981 to 1994). His second marriage was with Mary Shackelford (1996 to 2005).

How tall is Lori Harvey?

Coming over to her weight, it’s reported that she weighs around 50 kg or 110 lbs. Her body measurements are 36-24-35 inches. Additionally, her other distinctive features are black-colored hair, dark brownish eyes color, petite figure, high cheekbones, and fuller lips.

Who has Lori Harvey dated?

Before answering the question of who she has dated, let’s first answer the question “Who is Lori Harvey dating?”

Well, as mentioned above, Harvey is presently in a romantic relationship with Hollywood actor Michael B. Jordan. The pair had sparked dating rumors in November 2020 and their togetherness was officially confirmed in January 2021 by Jordan when he wished Harvey on her birthday.

Since then, the couple has always been together. They tend to keep their romance private, but occasionally flaunt pictures alongside each other via their respective Instagram handles.

Coming to Harvey’s former relationships, she was dating footballer Memphis Depay in 2016. In July 2017, Harvey’s adoptive father revealed via Twitter that his daughter got engaged to Depay.

However, less than a year after their engagement, it was reported that the engaged duo had split after Lori was seen without her engagement ring.

Following her split with the football player, in 2018, she initially had short-term flings with Justin Combs and Future. She then dated Trey Songz from 2018 to 2019. When she parted ways with Songz, it was rumored that she was dating Lewis Hamilton.

But, those rumors ended when she was seen hanging out with Sean Combs. However, the relationship also ended soon. Later, news of her dating her present boyfriend broke out, which eventually turned to be true.

How Much Is Lori Harvey’s Net Worth?

Harvey’s main source of income is through her skincare company and her profession as a model. So, how much does she earn? As per Celebrity Net Worth, she has an estimated net worth of $1 million.

Posted on December 9, 2021December 10, 2021
Photo: Tia Alannah Borso/Instagram Michael Stickler, aka Mike, rose to fame through the TikTok content that he made alongside his now ex-wife, Kat Stickler,...
Read More