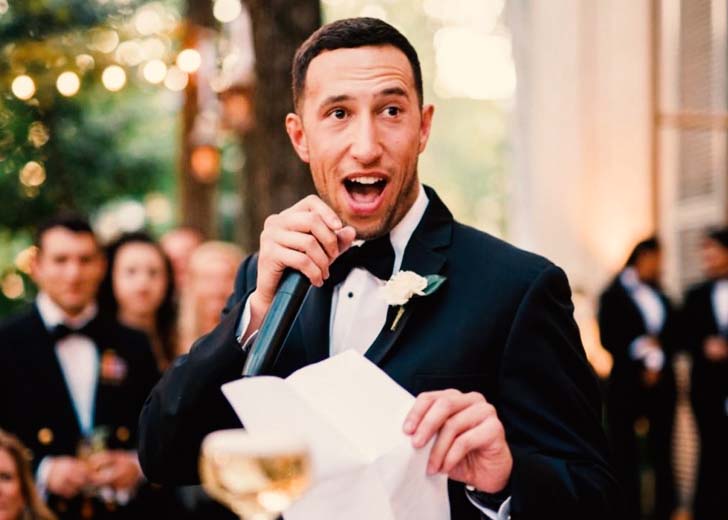 Mike Majlak is an internet personality who rose to fame through his connection with renowned YouTube star Logan Paul. Alongside Paul, he co-hosts the Impaulsive podcast.

Additionally, he garnered fame through his unique content that he shares through his YouTube channel named ‘Mike Majlak Vlogs.’ In his channel, he has accumulated over 2.54 million subscribers and 286 million views.

With his ever-growing popularity, fans have been curious to learn more about him, especially his personal life.

Is Mike Majlak married to a wife?

As of this writing, there have been no reports of the YouTuber sharing the wedding vows and having a significant other whom he calls his wife.

So, it’s safe to say that he is yet to get married. Furthermore, he hasn’t tied knots with anyone in the past and doesn’t have an ex-wife.

The present relationship status of The Fifth Vital’s author is unknown. Majlak likes to keep his romantic life details upto himself only and rarely shares anything about it in public.

The internet personality could be seen posting several “couple-y” pictures alongside different ladies through his Instagram handle. Similarly, he has also uploaded a few YouTube videos with a catchy title that might suggest that he has a girlfriend.

However, none of that seems to be accurate, and the titles of those YouTube videos might only be clickbait titles. As for the girls with whom he shares pictures, they only seem to be his friends, as there are no reports of him dating presently.

In addition, some of his YouTuber friends have uploaded numerous videos on their channel that suggests that he has a girlfriend now. For instance, on September 4, 2021, Youtuber George Janko uploaded a video titled “Meet Mike Majlak’s new girlfriend.”

But it was just a fun video, and Majlak didn’t have a girlfriend. So to conclude everything, it looks like Majlak is single and relishing his singlehood right now.

Before his relationship status became single, Majlak was in a romantic relationship with model Amara Maple, popularly known as Lana Rhoades.

The former duo got to know each other in early 2020 through their mutual connection with Logan Paul. Although Paul had “gifted” Rhoades as a prank birthday gift to Majlak, the two developed feelings for each other and eventually began dating.

In the initial days, the couple’s relationship looked firm, and it seemed they would stay together for a long haul. However, in late October 2020, they parted ways amid the cheating allegations against Majlak.

But, the breakup didn’t last for a long time as he and Rhoades reconciled their relationship after a few days. Sadly enough, the patch-up also didn’t last long as the two ended things for good in February 2021.

On February 18, 2021, Rhoades officially announced her split with Majlak via her Instagram story. She had written, “The reason that Mike is not on my Instagram is because we are not together, I am single. We are broken up and not getting back together this time. Now leave me alone about it.”

At the time of their final break up, no reason was provided for their split. However, later, on February 24, 2021, in the Impaulsive podcast, Majlak provided his view on why he and Rhoades split.

He said, “I think we both kind of made a mutual decision that, listen, we’re just not able to make this work.”

He continued by saying, “…the thing that really ended up being the breaker was just a more normal thing, just a shared incompatibility.”

Lana Rhoades’ take on her split with Mike Majlak

Around two months after Majlak said his split with Rhoades was amicable, the model came up with a different view. During her appearance on the BFF podcast with Dave Portnoy and Josh Richards on April 20, 2021, she said that moving in together was the main reason behind the breakup.

She said, “He told me he was going to move in with me.” But, on the day Majlak was supposed to move in, he allegedly broke up with her. Later, when they reconciled their relationship, they again planned on moving in together.

On the day Majlak was expected to move in – the second time – he allegedly told Rhoades that he had other plans for the day. As per Majlak, he was “working on a new content house with Richard’ FaZe Banks’ Bengston.”

Due to his behavior, Rhoades was very frustrated. As a result, she decided to end things for good. “I was like just get the [expletive] out of my house,” she said on the podcast.