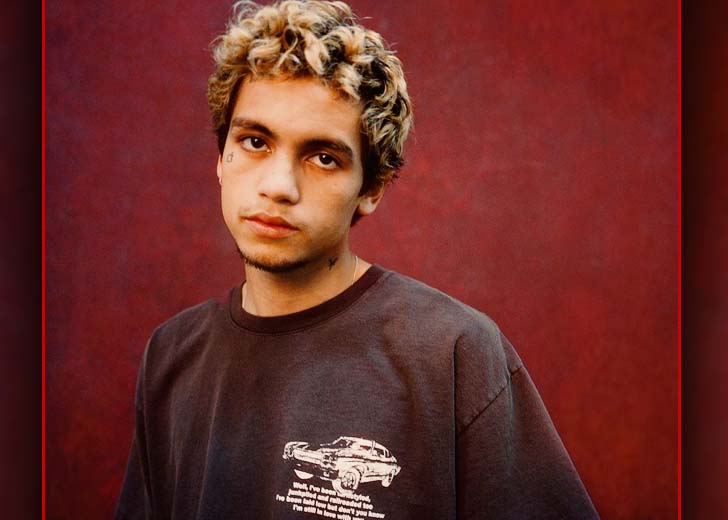 Spoilers for Euphoria ahead.

Dominic Fike is a renowned American singer-songwriter who has garnered fame through his singing skills. Presently, he is in the spotlight for his portrayal of Elliot in HBO’s sensational television show, Euphoria.

Fike made his appearance in the second season of the HBO series that premiered on January 9, 2022. As per him, he is a friend who spends time with Jules, played by his alleged actress girlfriend Hunter Schafer, and Rue, played by Zendaya.

In the first episode, Fike’s character meets Zendaya’s character during the New Year’s Eve party. They seemingly became friends after learning that they have many similarities and spend their evening time “getting high together in the laundry room.”

However, Elliot isn’t the friend who sticks around only to have fun as he saves Rue’s life when she reckons that she is having a cardiac arrest. Seeing all the circumstances surrounding Fike’s character, it seems like the showrunners will be keeping him for a long time.

Speaking of one more thing related to Fike’s character in Euphoria, the singer is shown quite small in height as compared to his real-life height. What’s the mystery behind it? And, how tall is he?

Dominic Fike Might Be Taller Than He Is Shown in ‘Euphoria’

Fans on Twitter were quite confused when they saw that Fike’s character, Elliot, in Euphoria is shown shorter than the actor’s real height. One concerned fan went to the platform and wrote, “how does Elliot look so short and Dominic fike looks so tall.”

The showrunners of the HBO series might have shortened his height in the show as his character mainly revolves around Zendaya’s Rue and Schafer’s Jules — the two lead actresses of the show — and Fike is some inches taller than the two.

The real height difference between the three was also witnessed during the red carpet event of Euphoria’s season two. The cast members had gathered together for a group photo, and in that picture, it was seen that Fike was somewhat taller than Zendaya, who wasn’t wearing heels.

The cast of ‘Euphoria’ including Dominic Fike (second left), posing for a group photo (Photo: Jeff Kravitz/FilmMagic for HBO)

On the other hand, the singer looked equal in height with Schafer, who was wearing silver heels.

How Tall Is Dominic Fike?

A Look Into Dominic Fike’s Bio

Born in 1995, Fike celebrates his birthday on the 30th of December every year. He was raised in the suburbs of Naples, Florida – but changed locations often. Additionally, his birth name is Dominic David Fike, and his zodiac sign is Capricorn.

As of this writing, the identities of his parents aren’t revealed. Nonetheless, it’s reported that his father was never there for him and his family, and his mother was addicted to drugs. Reportedly, his mother had even gone to prison due to her struggles with drug addiction.

Going by that, it can be assumed that there was a lack of his parent’s involvement in his life and everything he did. As per a report, Fike had told Complex that his dad didn’t have a good relationship with him, his mother, and other family members.

Apart from his parents, the singer has four siblings — two older brothers [among which one is named Sean], a younger brother named Alex, and a younger sister named Apollonia. Furthermore, he has mixed ethnicity and is of Filipino and African-American descent.

Fike was interested in music from his childhood and had learned to play guitar by the time he was 10 years of age. In October 2018, he finally released his debut single titled 3 Nights. The song went on to become a hit and give him the limelight.

Following his rise to fame, he has become unstoppable and collaborated with several renowned musicians. And now, he has started garnering fame as an actor, that too in his acting debut via Euphoria.