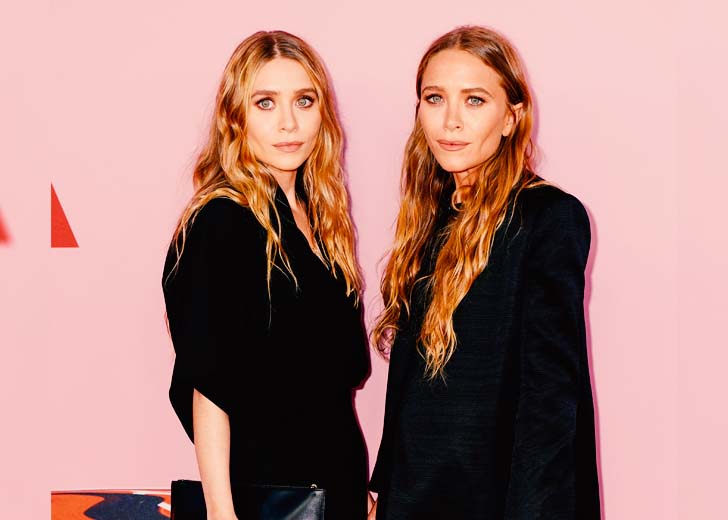 Mary-Kate Olsen is a person with multiple talents. She is a former actress and producer who broadened her profession and is presently working as a fashion designer, alongside her twin sister Ashley Olsen.

In her time as a fashion designer, she has accomplished many things. She is serving as a creative director for the Italian brand of shoes named Superga. In addition, she is a member of the Council of Fashion Designers of America (CFDA).

Here is a detailed look at her age, parents, siblings, height, net worth, and more!

How Old Is Mary-Kate Olsen?

Olsen is presently 35 years of age. She celebrates her birthday on the 13th of June every year.

Born in 1986, she was raised in the city of Sherman Oaks, Los Angeles, California. Her nickname is the first two letters of her name, MK. Additionally, her zodiac sign is Gemini.

Is Elizabeth Olsen Related to Mary-Kate and Ashley Olsen?

Mary-Kate and her twin sister Ashley — better known as the Olsen twins — have quite a handful of siblings, and Elizabeth Olsen is also one of them. So, not only Elizabeth is related to Mary-Kate and Ashley, but the three of them are blood-related too.

And if you have heard of the name Elizabeth Olsen, then it might be because she is a renowned actress on her own. She became a household name after her portrayal of Wanda Maximoff / Scarlet Witch in the Marvel Cinematic Universe.

Talking more of the Olsen family, Mary-Kate is the daughter of a personal manager mother and a real estate developer/mortgage banker father. Her father’s name is David Olsen aka Dave, and her mother’s name is Jarnette ‘Jarnie’ Olsen (née Jones).

From her father’s side, she has Norwegian roots. Additionally, her ethnicity is white.

Her parents are presently separated and had their divorce finalized in 1996. Apart from her twin sister and Elizabeth, she has one more biological sibling, an older brother named Trent Olsen.

Following her parents’ divorce, her father married another woman. From that marriage, Mary-Kate has two half-brothers named Taylor and Jake Olsen.

Where Did Mary-Kate Olsen Go to College?

Olsen first received education from Los Angeles-based Campbell Hall School. Upon her graduation in 2004, she enrolled at Gallatin School of Individualized Study at New York University, where she majored in Cuisine.

How Tall Is Mary-Kate Olsen?

Furthermore, her natural hair color is blonde and her eye color is blue.

How Much Is Mary-Kate Olsen Worth?

Olsen has been working and earning money ever since she was a child. In 2004, it was reported that her estimated wealth was $137 million. But, that’s almost 18 years ago. What is her present net worth?

According to Celebrity Net Worth, Mary-Kate Olsen’s present net worth is estimated to be around $250 million. Furthermore, the combined net worth of her and her twin sister is reported to be $500 million.