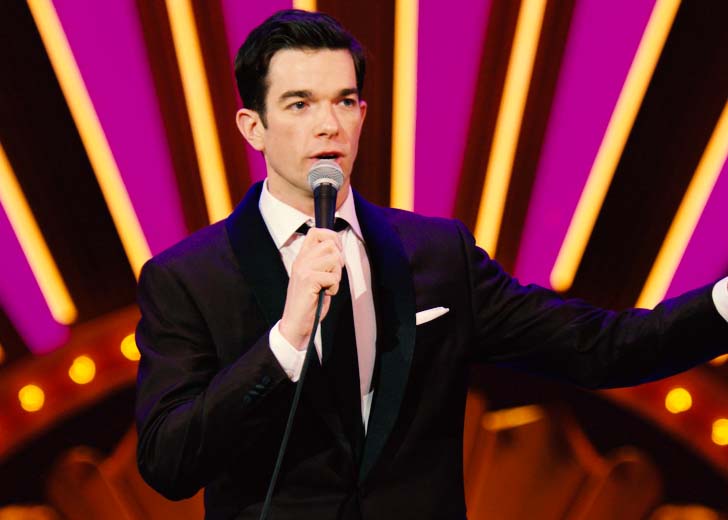 John Mulaney is a multi-talented personality who has been in the spotlight for his works as an actor, writer, producer, and stand-up comedian. Among all that, he has gained the most fame as a writer for the hit comedy show Saturday Night Live (2008-20).

Additionally, his works as an actor include I Love the ’30s, Mulaney, Kroll Show, Spider-Man: Into the Spider-Verse, Dickinson, The Simpsons, and Big Mouth.

As a stand-up comedian, Mulaney has been a part of several shows and tours in the past 18 years. Some of his comedy specials and tours include The Top Part, New in Town, The Comeback Kid, Kid Gorgeous, and John Mulaney: From Scratch.

For his works in The Comeback Kid, he received a Primetime Emmy nomination. Furthermore, his work in the Kid Gorgeous led him to win the Primetime Emmy Award for Outstanding Writing for a Variety Special.

Here are facts about his age, education, height, health, and more!

How Old Is John Mulaney?

Mulaney is presently 39 years of age. He celebrates his birthday on the 26th of August every year. His zodiac sign is Virgo.

Born in 1982, he goes by the birth name of John Edmund Mulaney. The Chicago, Illinois native is the middle child of his parents who are of Irish Catholic heritage.

His father’s name is Charles W Mulaney Jr. and his mother’s name is Ellen ‘Stanton’ Mulaney. While his father is an attorney and partner at Skadden Arps, his mother works as a professor at Northwestern University Pritzker School of Law.

He also had a younger brother named Peter Martin Mulaney. Sadly, he deceased in infancy — John was only 4-year-old at that time.

Where Did John Mulaney Go to College?

Several fans of the American actor have also been keen to learn about his educations and asked questions like “What college did john mulaney go to?”

Mulaney – who is of Irish and one-eighth German descent — first attended St. Clement School in his hometown after which he enrolled at St. Ignatius College Prep. From the latter one, he graduated in 2000.

For his higher studies, he decided to join his parents’ alma mater, Georgetown University. He graduated in 2004 with a major degree in English Literature and a minor degree in theology.

How Tall Is John Mulaney?

His hair color is dark brown and his eye color is blue. His other distinctive features are a Chicago accent, lean face, and small and hooded eyes.

Is John Mulaney in Rehab?

The Big Mouth consulting producer has had a long history with substance use — alcohol and drugs — about which he has also talked in his stand-up.

Back in 2014, he had revealed that he has been sober since September 2005. However, it seems like he relapsed as in December 2020, he checked into a Pennsylvania-based rehab facility for alcoholism, prescription drug abuse, and cocaine addiction.

As a result, his well-wishers have been quite worried and asking questions such as “how is John Mulaney doing?” “is John Mulaney out of rehab?” and more.

To answer those questions, he is presently out of rehab. In February 2021, he moved into outpatient care. Three months later, in May 2021, he made his return to stand-up, with a new show called John Mulaney: From Scratch.

Following that, it seems like he has been doing well, being occupied with his works as well as the newfound job of fatherhood that he shares with his actress girlfriend Olivia Munn.

The pair had welcomed a son named Malcolm Hiep Mulaney on November 24, 2021, and are very delighted with it. The fact that he is in a relationship and is a father also addresses the fans’ queries of “is john mulaney gay?” and proves that he isn’t.