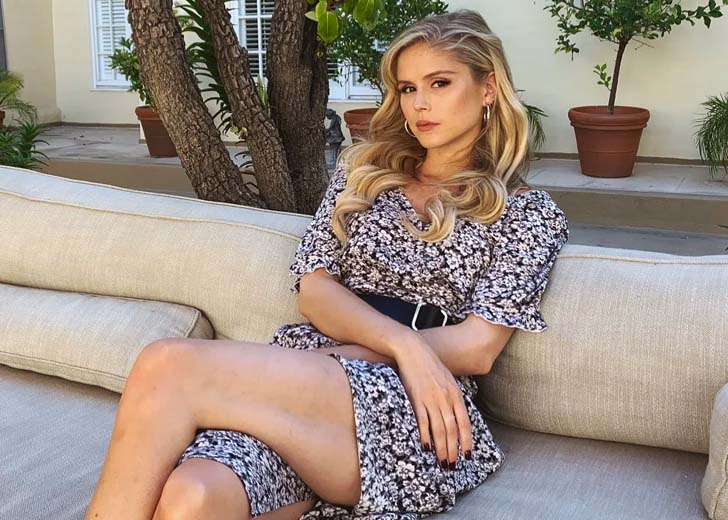 Erin Moriarty has not addressed any of the rumors.

Erin Moriarty is an American actress, born and raised in New York City. She began acting at the young age of 11 when she played Annie in a community theater production of Annie in 2005. She even skipped college to pursue acting professionally after graduating from high school.

At present, she is best known as Starlight in Amazon Prime Video’s series The Boys. The critically acclaimed series follows a group of vigilantes as they attempt to take down a team of superheroes.

In addition, the actress has been in popular TV shows such as True Detective and One Life to Live.

Speaking of The Boys, now that season 3 of the show has premiered, the actress is back in the spotlight for her outstanding performance, as well as her changed looks that have surprised her fans. There are rumors that she underwent plastic surgery, as she looked to have achieved weight loss for the show.

Erin Moriarty is rumored to have gone through plastic surgery

After the third season of The Boys was released, viewers witnessed that Moriarty has suddenly lost weight, making many concerned about her health.

Some assume that she has undergone botox to change her appearance subtly. Some people like her new look, while some disagree. There is also some disagreement regarding how much of her face was altered by Botox and how much by surgery.

While some fans doubt that she has had nose surgery and other cosmetic modifications, others say it is simply the result of makeup and lighting. At the same time, many followers blame her transformations on Hollywood pressures and unattainable beauty standards.

Erin Moriarty is making headlines on the internet

The before and after images of Moriarty have been spreading on social media, mainly on Reddit and Twitter. There, people have been discussing her physical change.

For instance, a fan tweeted that the actress looked “weird” since she underwent a “needless plastic surgery.” The fan added, “She cant even blink her eyes right.. its [expletive] strange.”

Another chimed, “I can’t believe erin moriarty got surgery to look like how she’s going to naturally look in like 10 years. Are these young female celebrities thinking at all??? [sic]”

Similarly, according to The Celebrity Post, 75% of experts believe Moriarty has undergone plastic surgery treatments. The magazine even conducted an online survey with 676 respondents from around the world.

However, this is just conjecture, and there is no proof to back up any cosmetic surgery claims.

Erin Moriarty has not addressed any of her rumors

Moriarty has not made any statements in response to rumors that she has undergone plastic surgery, so her new appearance could result from weight loss as she has always been active in fitness.

But, as the actress appeared lean in the new season, Moriarty’s fans also assumed that she might have an eating disorder and was concerned about her health.

Moriarity has neither confirmed that she suffers from any form of the eating condition. Latest News Today shares that Moriarty has kept her figure by maintaining a nutritious diet and exercising regularly.

She has also disclosed her favorite foods during meals. For breakfast, she favors protein-rich foods such as oats and nutrient-dense fruits.

Whether or not the rumors are true, fans love her performance in the newly released season of The Boys. For example, in her recent Instagram post, many praised her work, as well as her looks, in the show.

“You still pretty,” one wrote in the comment section, while another praised her by saying, “I believe in Starlight Supremacy.”