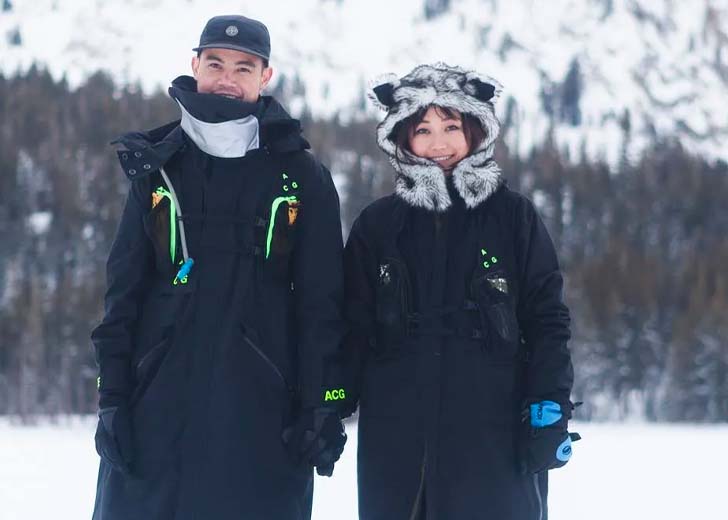 All about the actress’s love life!

Karen Fukuhara rose to the limelight through her debut role in the entertainment industry as Tatsu Yamashiro / Katana in 2016’s Suicide Squad. She then acclaimed fame by voicing Glimmer in She-Ra and the Princesses of Power and Kipo Oak in Kipo and the Age of Wonderbeasts.

Her journey as a voice actress continued for a while as she also voiced different characters, including Alexis and Sewer Queen, in the show Craig of the Creek. Finally, in 2019, she became the heartthrob of millions through her performance in Amazon Prime Video’s The Boys.

On the one hand, Fukuhara’s professional career is becoming more stable and flourishing with time. On the other hand, she relishes a blissful relationship with her longtime boyfriend, Keith Tio.

Tio is a model, photographer, and founder of the winter clothing line November.lab. He has gained a healthy fan following on Instagram with over 11,300 followers.

Karen Fukuhara and Keith Tio have been together for years

As mentioned earlier, Fukuhara and Tio have been on each other’s side for years. And if reports are to be believed, the couple initially met in 2014 and began dating in the same year.

However, it’s currently unknown when, where, and how the two met each other. It’s so because both of them are pretty private about their personal life and doesn’t share many details about their togetherness.

But, neither of them hesitate when it comes to flaunting pictures alongside each other or featuring photos of one another through their respective Instagram handles. And Tio is the one who features Fukuhara the most.

The most recent instance where he posted pictures of his girlfriend was June 22, 2022. He shared two photos of Fukuhara donning a beautiful black dress. The first picture was taken in the morning, whereas the second one was captured in the evening.

Some instances where Fukuhara has flaunted pictures of or alongside her boyfriend include when she posted a snap from their snowy adventure in Mammoth Lakes, California, on Valentine’s Day.

Accompanying the photo was a cute caption that read, “Happy Valentine’s Day to my personal heater boi thanks for keeping me warm all winter.”

The last time the actress featured her partner on her Instagram handle was on March 21, 2022, when they attended the opening night of Dior’s Miss Dior pop-up event. After that, she was swamped with the promotions and press tour of The Boys season 3.

Nonetheless, Fukuhara has often credited Tio as the man behind the camera in the captions of her numerous Instagram posts. Thus, it’s safe to say that the duo is still together, and their relationship is going strong.

As of this writing, Fukuhara and Tio have been together for around eight years. And considering their bond, the couple’s shippers will see more of them in the future. Perhaps, they might even end up getting married.

If you have been watching The Boys since its first season, then you might already be in love with the duo of Kimiko Miyashiro – played by Fukuhara – and Frenchie – played by actor Tomer Capone.

In the show, Frenchie has a soft side for Kimiko, and the two characters love and care for each other. Due to that, people were wondering if the actors playing those characters were together in real life.

In addition, Fukuhara and Capone sharing numerous cute pictures made it more obvious to think they were a thing. However, it’s not true, and the two co-stars are only good friends with great on-screen chemistry.