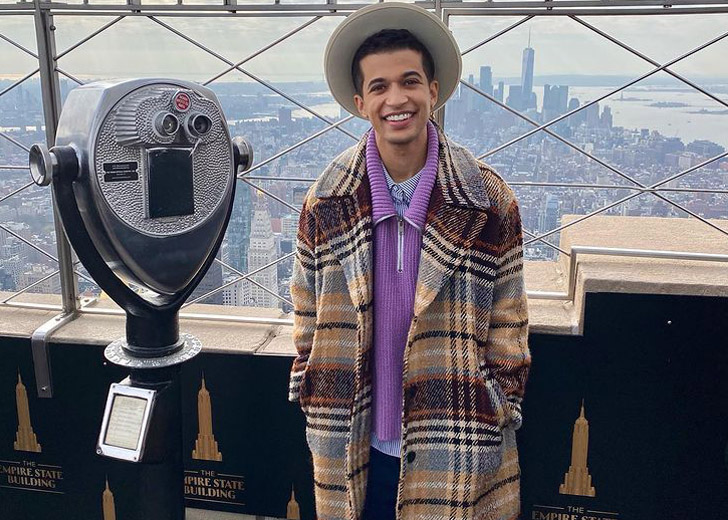 American actor and singer Jordan Fisher has been quite successful in every aspect of his life. He has a flourishing career in the entertainment industry, a good family, and an equally blissful marital life.

Talking more about his marital life, he got engaged to his college sweetheart, Ellie Woods, on May 20, 2019. They got married over a year later on November 22, 2020. A little over a year later, on December 14, 2021, the couple announced that Woods is pregnant with Fisher’s baby, a son.

Now, coming back to his professional career, he started out in a small role as Mario in the 2009 TV series titled The Hustler and has managed to turn it big. Here is a look at his career and net worth!

Jordan Fisher’s Has a Total of 31 Acting Credits

When he made his debut, Fisher, who stands at a height of 5 feet 8 inches, was only receiving small roles in TV series. It wasn’t until 2012 that he got his first big role.

In that year, he was cast as Jacob in the TV series, The Secret Life of the American Teenager, and appeared in 9 episodes. This role gave him the push he needed in the entertainment industry.

In the next year, he made his movie debut, playing the role of Seacat in Teen Beach Movie. Following that, he appeared in a few TV shows, TV movies, short movies, and music videos.

In 2015, he received another big role when he got cast as Holden Dippledorf in the show, Liv and Maddie: Cali Style. In the same year, he reprised his role of Seacat in Teen Beach 2.

As of now, he has three more upcoming projects lined up which are Turning Red (voice actor), Hello, Goodbye and Everything in Between, and Field Notes on Love.

Apart from having a career in television and film, Fisher also has earned quite the fame during his time in theatre.

On November 22, 2016, he made his Broadway debut taking over the role of John Laurens/Philip Hamilton from Anthony Ramos in Hamilton. His final performance came on March 5, 2017, after which he took a break for some years.

He eventually returned to Broadway on January 28, 2020, when he assumed the title role in Dear Evan Hansen, a Tony Award-winning musical.

As if being a talented actor wasn’t enough, Fisher is also a singer who has been releasing several songs and albums, along with other gaming and vlogging content, via his self-titled YouTube channel, which was over 396,000 subscribers.

He started out his singing career in 2014 when he released three pop-soul songs on Radio Disney, titled What I Got, Never Dance Alone, and By Your Side, respectively.

As time flew by, he signed several record deals and went on to make music – and its music videos – and share them via his YouTube channel. One of his most recent releases was in 2020 when he released his two singles; Contact and Walking on the Ceiling.

How Much Is Jordan Fisher’s Net Worth?

Considering all of the above-mentioned facts, it must be sure that the 27-year-old actor has accumulated healthy net worth. Well, reports say that Fisher has an estimated net worth of around $800,000 – $1.5 million.