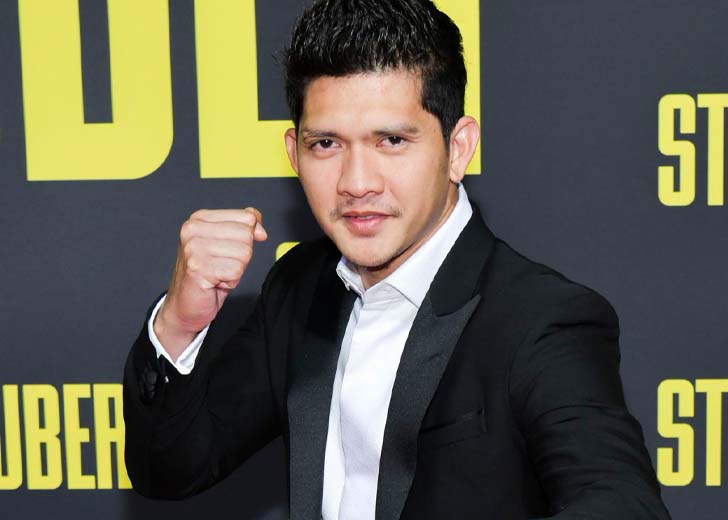 Iko Uwais is a man of many talents. He is an actor, producer, and talented martial artist best known for his roles as Rama in The Raid, Razoo Quin-Fee in Star Wars: Episode VII – The Force Awakens, and Kai Jin in Wu Assassins.

The Indonesian actor is now set to appear in the highly anticipated movie Snake Eyes, the original title being Snake Eyes: G.I. Joe Origins. In the movie, he will portray the role of Hard Master, a formidable leader of Clan Arashikage.

Uwais Was a National Silat Champion

Born in Jakarta, Indonesia, Uwais was quickly influenced by the nation’s history and deeply rooted culture of practicing martial arts.

He was also influenced by his grandfather, H. Achmad Bunawar, a master of silat, an Indonesian traditional martial art.

The 38-year-old actor began training and learning silat when he was just 10 years old. By the time he crossed his teenage, he had already learned a lot about the form of martial arts.

In 2005, he went on to become a National Champion in the Silat category.

His Martial Arts Talent Led Him to Acting

Since competing in the Silat category was not quite enough for his financial needs, Uwais worked as a part-time operational driver in a telecommunications company. Additionally, he also used to play football and had opened his own Silat school.

Two years after being a National Champion, his Silat school was visited by a Welsh film Director named Gareth Evans. Evans discovered Uwais’ skills and told him that he could achieve more as an actor.

The director also offered the now-actor to join his movie production company as one of the leading actors in his acting projects. Uwais, the son of Maisyaroh and Mustapha Kamaluddin, eventually changed his mind and sought success as an actor.

Uwais Made His Acting Debut in 2009

Uwais officially stepped foot in the entertainment industry in 2009, two years after Gareth Evans asked him to join his movie production company.

He made his debut through the movie titled Merantau. In the movie, he portrayed the role of Yuda.

The 5 feet 6¼ inches tall actor’s performance was loved by a healthy number of people, mainly from his birth nation. His second acting gig came two years later, in 2011, when he played the role of Rama in The Raid. Following that, he once again took a break of two years.

In 2013, he reappeared on the big screens through the movie Man of Tai Chi—played the role of Gilang Sunjaya. In the next year, he reprised his role of Rama in The Raid’s sequel named The Raid 2. In 2015, he made his appearance in the hit movie Star Wars: Episode VII – The Force Awakens as Razoo Quin-Fee.

In 2019, he played in two movies; Triple Threat (as Jaka) and Stuber (as Oka Tedjo). In the same year, he made his television debut through the Netflix action-fiction series titled Wu Assassins. He played the lead role of Kai Jin in the series. He also was the co-executive producer of the show.

The actor is now set to portray the role of Hard Master, a formidable leader of Clan Arashikage, in the adventure/superhero movie Snake Eyes, also known as Snake Eyes: G.I. Joe Origins. The movie is set to release on July 23, 2021.

In addition to that, Uwais is set to reprise his role of Kai Jin in the Wu Assassins spin-off movie Wu Assassins: Fistful of Vengeance.

Uwais started his career as a martial artist and went on to become an aspiring actor and producer. To this date, he has had a very successful career in the entertainment industry, which has directly influenced his financial status.

Thanks to his career, he has maintained a healthy lifestyle. He also provides the day-to-day needs of his wife, Audy Item (married on June 25, 2012), and their two daughters, Atreya Syahla Putri Uwais and Aneska Layla Putri Uwais.

With that said, how much is his net worth? Well, Uwais has accumulated an estimated net worth of $4 Million, as per Wealthy Gorilla.

Posted on January 22, 2022January 22, 2022
Josh Taylor is a talented actor who rose to fame after his guest appearance as Johnny Dalkeith in three episodes of the popular television...
Read More