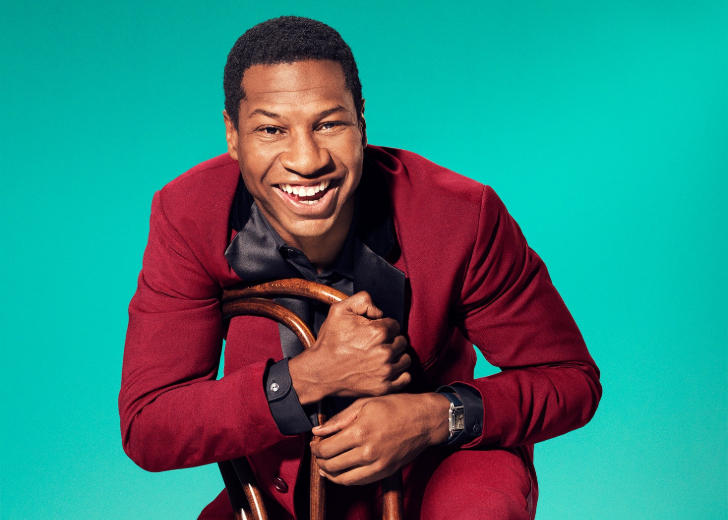 Jonathan Majors is an Emmy Awards nominated American actor who gained widespread fame following his appearances as Montgomery Allen in The Last Black Man in San Francisco, and as Atticus Freeman in Lovecraft Country.

On July 14, 2021, he made his appearance as He Who Remains aka the creator of the Time Variance Authority (TVA) in the season finale ‘For All Time. Always’ of the Marvel/Disney+ series, Loki.

Although the season has ended, it would not be the last time that the actor will appear in a Marvel project as he will return in the second season of Loki, as confirmed in the season finale, as well as in the upcoming Marvel movie Ant-Man and the Wasp: Quantumania.

In the third installment of the Antman movie, Majors will appear as Kang the Conqueror.

Majors’ Married Status Is Unclear but Has a Daughter

The White Boy Rick star actor prefers to keep his personal life away from the eyes of the media and public. Due to this, not much is known if he is currently in a relationship with a girlfriend, married to a wife, or doing none.

That being said, Majors does have a daughter. During an interview with People in June 2020, he admitted having a 7-year-old daughter who is of mixed race. He went on to state that he hopes his daughter gets a good education, which she deserves.

According to the report, he welcomed her with his unrevealed partner before he attended the Yale School of Drama. By then, he had already attended a performing arts high school in Texas and the University of North Caroline School of the Arts.

“I have a 7 year old who’s mixed race,” he said. “She has to understand that it’s actually not ‘black history’—  it’s American history. The way it’s taught now, its honestly the Jim Crow system of separate but equal.”

He continued, “We’ll give it one month, 12 pages in the history book…we’ll talk about Harriet Tubman, Rosa Park, MLK, then we’ll give you a little quiz about it. And that’s it.”

Other than that, he didn’t disclose his daughter’s name or any other identifying details. He has also not revealed his daughter’s picture or his baby mama.

His Own Father Was In the Air Force

Majors spent most of his childhood days alongside his family. He was born to Texan parents. Although there aren’t many details of his parents, it is known that his father was in the Air Force and his mother is a pastor.

Due to his father’s profession, the family mostly resided on the Vandenberg military base. Apart from his parents, the actor has two siblings: an older sister named Monica and a younger brother named Cameron.

According to Hollywood Reporter, Majors mentioned his father loved all of them very much but disappeared suddenly and resurfaced after 17 years. During those times, the family moved to Dallas and his mother took care of all of them.

Currently, the 31-year-old actor has rekindled his relationship with his father.

Majors Stands at a Towering Height

Majors, who was born in 1989 in Lompoc, California, celebrates his birthday on the 7th of September every year. As per his date of birth, his zodiac sign is Virgo. His birth name is Jonathan Michael Majors.

As for his measurement, the actor stands at a towering height of 6 feet 1 inches (1.84 meters).

Majors started his career in the entertainment industry in 2011 with a brief role as Mike in the movie Do Not Disturb. Two years later, he made another small appearance in a TV movie titled Much Ado About Nothing.

Following that, he took a big break during which he focused on his acting classes and other part-time jobs. He made his return in 2017 with a promising role of Young Ken Jones in the TV Mini-Series named When We Rise.

In the same year, he portrayed the role of Corp. Henry Woodson in the movie Hostiles. In 2018, he appeared in two movies: Out of Blue (as Duncan J Reynolds) and White Boy Rick (as Johnny ‘Lil Man’ Curry).

2019 was a big year in his acting career as he appeared in 5 acting projects. His first release of that year was The Last Black Man in San Francisco. His performance in the movie was so excellent that he won several awards and was nominated for some as well.

The other movie release of 2019 were Lovecraft Baby, Jungleland, Gully, and Captive State. In the next year, he first portrayed the role of David in Da 5 Bloods. Thereafter, he played the role of Atticus Freeman in the hit HBO series Lovecraft Country.

In 2021, as of this writing, he has only appeared in one acting project, which is the Marvel/Disney+ series Loki. He appeared as He Who Remains aka the creator of the Time Variance Authority (TVA) in the sixth and final episode of the show’s first season.

The sixth episode of Loki confirmed that the show will get a second season and Jonathan might be reprising his role. Additionally, it also opened the door to the multiverse, leading the Loki actor to appear as Kang The Conqueror in Marvel’s Ant-Man and the Wasp: Quantumania, scheduled to release on February 17, 2023.

Apart from the third installment of the Antman movie, the American actor has three more upcoming acting gigs which are The Harder They Fall, Devotion, and Creed III.

Majors has had a very successful career in the entertainment industry which has directly influenced his financial status. And with him joining the Marvel Cinematic Universe, his earnings might have grown up even more, as Marvel Studios tend to pay hefty wages to their actors.

Considering all of that, it must be sure that he has accumulated healthy net worth. He reportedly has a net worth of over $2 million at present.