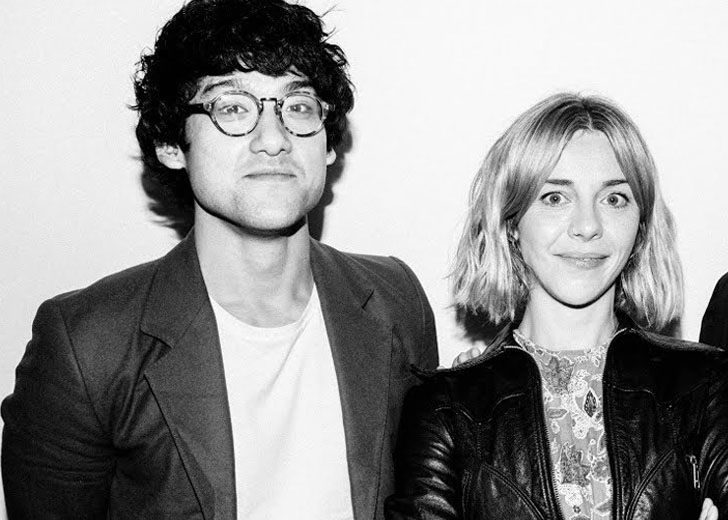 Sophia Di Martino is an English actress that has soared up to fame through her portrayal of Sylvie Laufeydottir aka Lady Loki in Marvel and Disney+ recent television series Loki.

While the actress’s professional life is as clear as water, the same cannot be said regarding her personal life. But, hopefully, there are a few tidbits that have surfaced.

The Flowers actress is yet to share the wedding vows and have a husband. But that doesn’t mean she is living a single life.

Di Martino is currently in a blissful relationship with her long-time boyfriend, Will Sharpe. Like his girlfriend, Sharpe is also involved in the entertainment industry as an actor, writer, and director.

Due to their decision, the British actress hasn’t shared many pictures alongside her partner. As for Sharpe, he is not even available on any social media platforms.

Although they are not publicly seen, they have a wonderful bond and worked together on different acting projects, including the 2016-18’s TV Series Flowers. Currently, they are working on a movie titled The Electrical Life of Louis Wain.

Well, going by that, it looks like Di Martino and her boyfriend, Sharpe, have maintained a harmonious bond, both as a couple and co-workers.

Di Martino Has a Baby With Her ‘to Be’ Husband

Not only Di Martino and Sharpe are partners, but they are also the parents of a lovely baby. The couple welcomed their first child in November 2019. Reportedly, it’s a daughter!

However, as they like to keep things behind the curtains, they have neither posted pictures of their child on the internet nor specifically disclosed their baby’s gender or name.

Di Martino also hadn’t shared much about her pregnancy or posted any pictures from that period online. The only time the actress mentioned her pregnancy was on an Instagram post of June 14, 2021.

On that Instagram post, she had shared a mirror selfie of herself sitting in the stunt gym of Marvel Studios. In the caption, she wrote that the picture was taken back in February 2020.

The caption continued as she stated that her journey in the Loki series had started during that period, after 4 months postpartum [time period after delivery].

Di Martino is currently expecting a second child with her partner. The good news was first known when the actress walked down the premiere of her movie, Sweetheart, on September 14, 2021, with a baby bump.

Later, she shared a picture from the event via her Instagram story and wrote, “Thank you for the lovely bump good wishes.”

Recently, the English actress did a maternity photoshoot in which she was flaunting her baby bump. It seems like she is taking a different approach this time around and is happy to share the journey of her second pregnancy.

She Was Nine Months Pregnant When Marvel Approached Her

While speaking of her casting in Marvel’s action fiction show, during the Loki press launch, the Nottingham native mentioned that she was initially surprised that Marvel’s casting personnel chose her.

When asked why she was surprised, Di Martino stated that she was nine months pregnant when Marvel approached her with the role.

Her words read, “I was nine months pregnant when they told me they had the job, so I was kind of like ‘Are you sure?’”

Later on, she talked about how her Loki co-star, Tom Hiddleston, her nemesis on the show, took care of her and how lovely he was on set. She said;

If you want to know anything about Loki he’s the guy obviously. Lots of advice and he just really looked after me, so thanks.

Moreover, she also said that Hiddleston made sure that she didn’t trip over anything and made sure she always had someone to sit next to at lunchtime.

As for Hiddleston, who has been the original Loki in the MCU for years, he only had to say one thing in the press launch, which is, “Expect the unexpected, Loki is always full of surprises, you never know what he’s going to do next.”

The third series of Marvel’s phase four consists of 6 episodes, out of which two episodes are already released. The remaining episodes of Loki will be released weekly, every Wednesday only on Disney+.