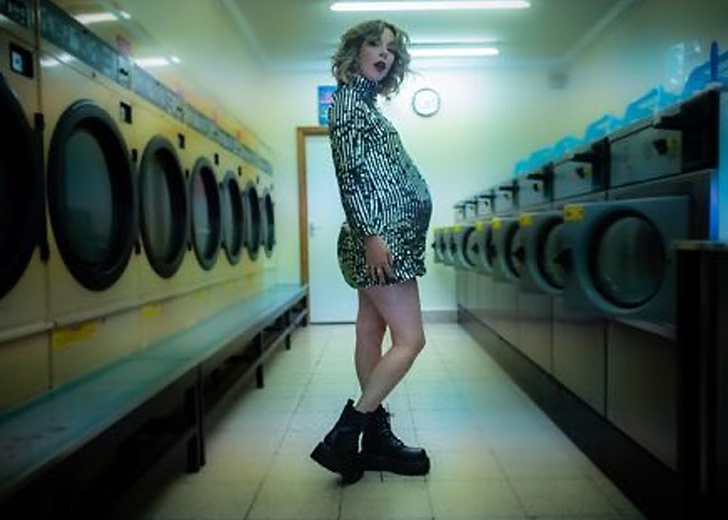 Sophia Di Martino is expecting her second child together with her longtime partner Will Sharpe.

The Loki actress shared the pregnancy news a little over two months ago, on September 14, via her Instagram story. She had shared a picture of herself from the premiere of her movie Sweetheart.

In the picture, she was donning a black dress that had some white dots in it. The baby bump of the English actress was clearly seen in the picture. “Thank you for the lovely bump good wishes,” she wrote on her Instagram story.

Following the announcement, Martino has been vocal about her second pregnancy and flaunted her baby bump – unlike the last time she was pregnant. For instance, she recently did a maternity photoshoot and even talked about many things about motherhood.

While talking about motherhood, during her interview with Elle, the actress mentioned that she loved being a parent as much as she loved her job. “I love my job and I love being a parent, and I guess the biggest joy for me is being able to do both,” she said.

Later in the interview, Martino was asked how she was preparing for the next chapter of motherhood heading into a new year. In reply to that, she laughed and stated that she would be completely ignoring it.

“Nothing prepares you for having a child. I tried to prepare the first time, and it didn’t really work. It’s always a hugely exciting surprise and a leap into the unknown,” she added.

In addition, she mentioned that the transformation from being a woman and emerging into a mother didn’t happen overnight for her. But, as she is already a parent now, she knows what to expect this time around.

She also knows that it will be completely different, and she is in ignorant bliss. Martino further added, “I’m going to ignore it until I can’t ignore it anymore, and then deal with it and enjoy it and try and be in the moment. That seems to work.”

Well, whatever works for the actress, let’s hope it turns out to be good. Once again, congrats to her and her partner.

Di Martino welcomed her first child with her partner, Sharpe, in 2019. Currently, the details of the couple’s child haven’t been much public as they tend to keep it up to themselves only. Nonetheless, it’s reported that their first child is a daughter.

Is 'Loki' Star Sophia Di Martino Married? Shares Baby With To Be Husband