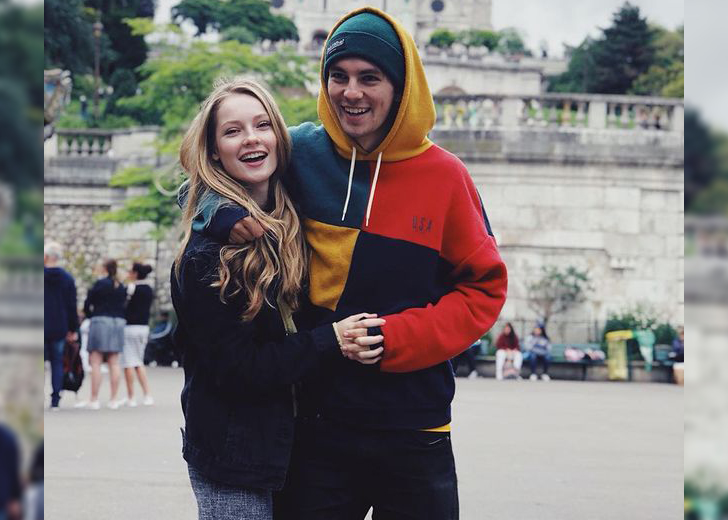 Hannah Dodd is an English actress who recently appeared in the role of Sandra in Marvel’s superhero flick, Eternals. The movie, directed by Academy Award-winning director Chloé Zhao, was released on November 5, 2021.

Previously, the actress acted in movies and TV shows such as Fighting with My Family, Harlots, Pandora, and Find Me in Paris.

Since the rise in her popularity, her fans have been keen to learn about her personal life, with many questioning if she is dating her fellow co-star Rory Saper.

As of this writing, there has been no official confirmation if Dodd and Saper are dating. But the speculations of them being in a relationship remains there.

The rumors first swirled around the internet after netizens saw the two actors in the television show Find Me in Paris, where Dodd played Thea Raphael and Saper played Max Alvarez.

Words started spreading more when the actress also began posting couple-y pictures of them on Instagram.

For instance, on January 17, 2018, she posted a picture alongside her rumored partner in front of the Taj Mahal, while they were in India.

Similarly, on the occasion of Saper’s birthday, April 3, 2019, she posted some more pictures of them. In one picture, they were seen hugging each other, while in the other one, they stood in front of each other during sunset.

Months later, on October 20, 2019, when Dodd again shared some adorable pictures of the two, it was almost certain that she and Saper were dating. “Snaccident. Should probably just go ahead and caption this ‘I’m sorry,'” she captioned the post.

But since then, she stopped sharing pictures of herself and her rumored boyfriend. In addition, she even unfollowed the actor on Instagram. This action of her led people to believe that they had parted ways.

Nonetheless, nothing can be said if Dodd’s actions were due to her split with Saper or there was any other reason behind it as there was no official confirmation of them dating.

The current relationship status of the 5 feet 7½ inches tall actress is unknown. Dodd prefers to keep her personal life details up to herself only.

Additionally, she hasn’t given any clue on whom she might be dating via her social media handles. She is only seen sharing pictures of herself, her friends and family, and her profession on social media.

Born in 1995 in the United Kingdom, the actress, also a ballet dancer, celebrates her birthday on May 17th every year. She is currently 26 years of age. As per her date of birth, her zodiac sign is Taurus.

While her father’s name is Graham Dodd, the details of her mother are not disclosed. Apart from her parents, she has two siblings, an older sister named Alice Dodd and a younger brother named Will Dodd.

As for her education, it is unknown from where she completed her high school. Nonetheless, her resume on her agency gives us an idea that she completed BA (Hons) in Theatre Dance from London Studio Centre. She enrolled in 2014 and graduated in 2017.