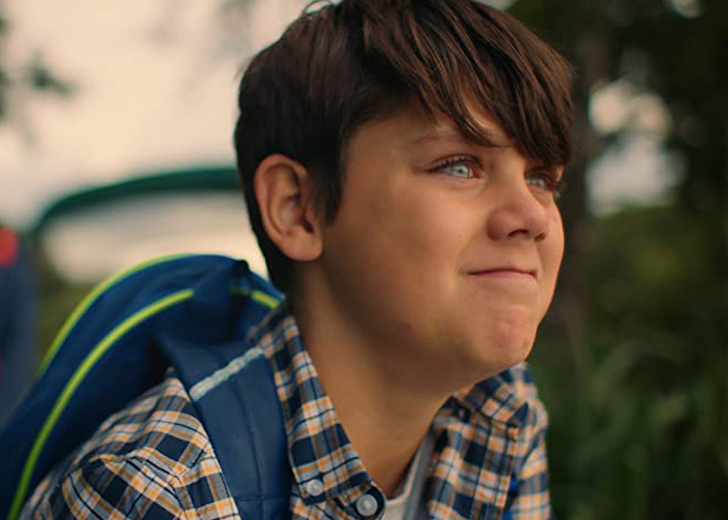 Jack Veal is an uprising child actor who came into the limelight after making an appearance in the Netflix hit series The End of the F***ing World. In the series, he portrayed the role of Little James.

He is currently garnering the attention of the Marvel Cinematic Universe lovers after making his appearance as ‘Kid Loki’ in the newly released 4th episode of the Marvel/Disney+ action fiction series, Loki.

The talented British child actor celebrates his birthday on the 12th of June every year. Just recently, on June 12, he turned 14 years old.

Jack celebrated his 14th birthday alongside his family in London, United Kingdom. After celebrating his birthday, he took to his Instagram handle to share some pictures from his special day.

In that post’s caption, he stated how so much has happened this year and how he was miles away from his family on his 13th birthday. At last, he took the moment to thank everyone for their kind birthday wishes.

Jack was born in the United Kingdom on June 12, 2007. He goes by the birth name of Jack Anthony Veal. His zodiac sign is Gemini.

His IMDb profile states he stands at a height of 5 feet 3 inches. Furthermore, his eyes color is Blue and his hair color is Light/Mid Brown.

He Is Well-Raised by His Family

Jack was raised by his family in the suburbs of the United Kingdom. While it’s known that his father’s name is Steve Veal, his mother’s identity is yet to be disclosed. Nonetheless, it is known that his mother works for the United Kingdom National Health Service and has been actively helping people during the COVID-19 pandemic in the past few years.

Apart from his parents, he has a younger sister whose identity is yet to be disclosed. He also has a grandmother named Elizabeth John, with whom he has a close bond.

The actor likes to visit different places with all of his family by his side. He also takes out time to share some lovely pictures alongside his family members and wishes his father on special occasions, like Father’s Day.

His Journey as an Actor Started in 2017

Jack’s journey in the entertainment industry began in 2017 when he made his debut through the movie titled My Name Is Lenny. In the movie, he portrayed the role of Little Lenny.

In the same year, he received the big push when he got cast as Little James in the Netflix hit series The End of the F***ing World. He also went on to play the role of Simon Brown / Simon in the show, Tin Star.

In 2018, he made his appearance in one movie and one TV series – in the series Call the Midwife, played the role of Kevin Lunt, and the movie The Favourite, where he played Boy in an uncredited role.

In 2019, he reprised the role of Simon Brown / Simon in Tin Star for one episode. He also played the role of Young Liam in his third big-screen movie, The Corrupted, in the same year. In 2020, he first appeared as Curly in the movie Come Away.

Later, in the same year, he portrayed the role of Jack in a short movie titled His Name Was Gerry. Following that, he hadn’t appeared in any acting gigs, however, he had mentioned that he was going to appear in Marvel/Disney+ series, Loki.

And, now the wait is over as in the newly released episode 4 of Loki, premiered on June 30, 2021, Jack finally made his appearance. In the end credits scene of the 4th episode, the English actor finally appeared as ‘kid Loki,’ an alternate version of Loki who is still in his childhood days.

The kid Loki was accompanied by three more alternate versions of Loki (Boastful Loki, Classic Loki, and Allegator Loki) in a place called ‘The Void,’ a place where the Time Variance Authority (TVA) dumps all of the none essential things that they prune (destroy/remove) from the timeline.

Right after that, the credits roll out and the episode ends. Jack became one of the fan-favorite when he once again made his appearance in the fifth episode of Loki, which premiered on July 7, 2021. This time, he had quite a long run-time in the episode.

With just one more episode of Loki remaining, the viewers might be seeing more of Jack as the kid Loki, either in the sixth and last episode of the show or in some other MCU projects. The season finale of the Marvel/Disney+ show will release on Wednesday, July 14, only on Disney+.