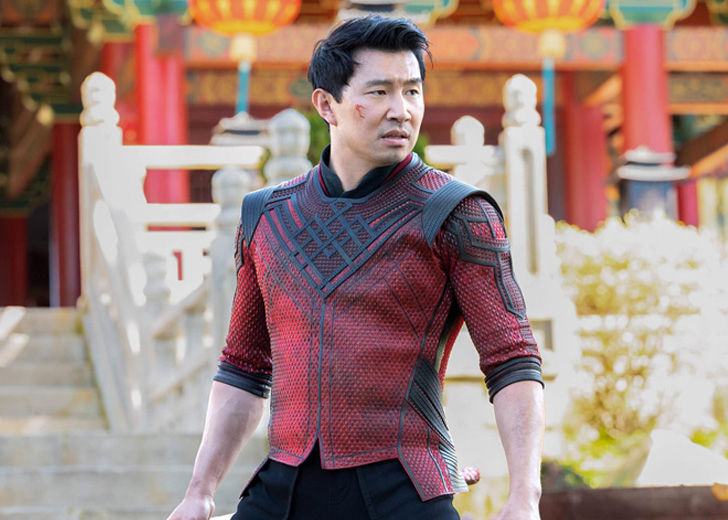 He is currently garnering fame for being the first Asian actor to star in a Marvel Studios movie, Shang-Chi and the Legend of the Ten Rings, releasing worldwide on September 3, 2021. In the movie, he will portray the lead role of Shang-Chi, a master of numerous unarmed and weaponry-based wushu styles.

In the movie, which is in post-production, he will be accompanied by stars like Awkwafina as Katy, Tony Chiu-Wai Leung as Wenwu, Michelle Yeoh as Jiang Nan, and Florian Munteanu as Razor Fist.

How Old Is Simu Liu?

The talented Chinese-Canadian actor is 32 years old, as of this writing. He celebrated his 32nd birthday on the 19th of April, 2021.

On the occasion of his birthday, Marvel Studios gave him a perfect gift by revealing the official poster as well as the teaser of Shang-Chi and the Legend of the Ten Rings. Simu took to his Instagram handle to share the exciting news amongst his followers.

Hailing from the suburbs of Harbin, Heilongjiang, China, Simu Liu was born on April 19, 1989. His zodiac sign is Aries.

As for his education, he attended the University of Toronto Schools for high school. Thereafter, he enrolled at the University of Western Ontario’s Richard Ivey School of Business. He received his Honours Business Administration (HBA) degree in 2011.

He Was Mainly Raised by His Grandparents

When Simu Liu was born, it was quite a difficult time in China. Due to that, his parents decided to leave the country and shifted to Nothern America, leaving Simu with his grandparents.

Five years later, his parents, whose identity isn’t disclosed, returned to pick him up. However, by that time Simu had almost forgotten the image of his real parents and used to consider his grandparents as his real parents.

While his parents neglected him for years, they only wanted their only son to get everything he needs, which wasn’t much possible at that time in China. They took him and settled down in Mississauga, Ontario, Canada.

Currently, Simu has a good relationship with his parents and loves them very much.

While writing to Macleans about his parents, he stated “You made me into everything I am today—hardworking, ambitious, resilient—and I wouldn’t trade that for anything.”

The Harbin, Heilongjiang native actor stands at a towering height of 5 feet 11 inches (1.80 meters) and weighs around 80 kg (176.5 lbs). He trains hard and has built an athletic body.

H has maintained quite a physique for his role as Shang-Chi in the Shang-Chi and the Legend of the Ten Rings. Additionally, he was involved in gymnastics and different forms of martial arts, including Taekwondo and Wing-Chun.

After working as an accountant for a brief period of time, Simu Liu was laid off the job. Following that, he decided to change his career line and become an actor. He finally made his television debut in 2012 playing a small role in Nikita.

He received his first big break in the next year when he portrayed the role of Dustin in the TV series titled Omega. He made his big-screen debut in the same year via the movie Kung Fu Cops. In addition, he also wrote, produced, and directed a short movie titled Open Gym.

However, none of that gave him the limelight which he received after portraying the role of Jung in the Netflix’s sitcom series, Kim’s Convenience (2016-21). After 2019, he has made his appearance in Awkwafina Is Nora from Queens (2020) and Women Is Losers (2021).

Simu currently has three upcoming movies; Shang-Chi and the Legend of the Ten Rings (post-production), Arthur the King (filming), and One True Loves (pre-production).

With such an amazing career in the entertainment industry, it must be sure that he has accumulated a healthy net worth. However, Simu Liu’s exact net worth is still under review and isn’t known.

Tags: Kim's Convenience,Marvel,Shang-Chi and the Legend of the Ten Rings,Simu Liu

Is Ser’Darius Blain Married to a Wife? His Personal Life Explored